Where Is Social In The IT Budget? - InformationWeek

50%
Tweet
Social networking scores low in a new survey on IT budgets and staffing, but reading between the lines may tell another story. 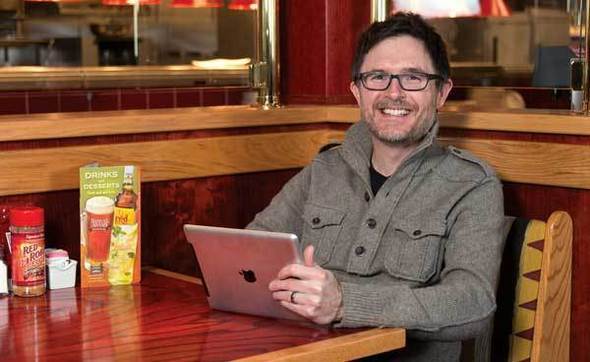 The BrainYard's 7 Social Business Leaders Of 2012
(click image for larger view and for slideshow)
According to a new study, there's good news in the year ahead for IT budgets, hiring and salaries. Broken down by industry trends and skills, things don't look all that good for social networking -- until you start connecting the dots.

According to a survey by IT staffing firm TEKsystems, more than half of IT leaders surveyed said they are confident that their budgets for 2013 will enable them to strategically support their organizations' needs, with 10% saying they are very confident. About a quarter of respondents were neutral on the subject, while less than 20% said they are not confident that their 2013 budgets will enable them to strategically support business needs.

The TEKsystems survey was conducted among more than 600 IT leaders, which the company defines as CIOs, IT VPs, IT directors and IT managers.

[ For more on implementing social within your organization, see How To Compose An Effective Social Media Team. ]

Also in the good news department, those surveyed said that compared with 2012, they do not expect net spending to decrease next year in any of the following major budget categories: IT applications services, IT infrastructure services, IT outsourcing services, and IT education/training services. Within these categories, respondents expect their spending to increase most in IT applications, with 49% indicating that spending will increase; and infrastructure spending, with 47% indicating they expect spending to increase.

Perhaps indicating that businesses are feeling more confident that the economy is gaining traction, about 40% of IT leaders surveyed said they expect not only an increase in IT hiring in 2013, but also an increase in permanent headcount compared with 2012. Of respondents, 36% expect temporary headcount to increase and about 15% said they expect part-time headcount to increase. Many IT staff can also expect to see a salary increase: According to the survey, more than half of respondents -- 55% -- expect their IT staff's salary to increase in 2013 compared to 2012.

One specific area that seemed to fare poorly in the survey is social. When asked to name the IT skill sets that would see the greatest salary increase in 2013, social media ranked dead last. Given that data, it is not surprising that respondents named social media skills as the least difficult to find among IT professionals. Respondents also said that social networking would be the technology with the least impact on their organizations in the New Year.

All of this sounds pretty negative for social networking, and we saw similar sentiment in the InformationWeek 2012 IT Staffing Survey. However, looking a bit deeper into the data, the cloud over social may not be so dark after all.

In fact, speaking of clouds, cloud computing was ranked second among the technology trends with the biggest potential organizational impact in 2013. Business intelligence was first. Both of those areas have direct connections to social, with social systems offered in cloud environments (especially mobile) and increasing amounts of big data coming from internal and external social media platforms and interactions.

Perhaps more telling are the business areas with the biggest increase in IT needs. According to the TEKsystems survey, IT leaders believe that operations will have the biggest increase in IT needs in 2013 relative to 2012, followed by marketing and sales. We know that the use of social media has taken root in most organizations in the marketing and sales department, and we have seen an ever-increasing blurring of the lines between marketing/sales and IT staff.

It's also interesting to look at the social media skill set. Survey respondents named social media skills as the least difficult to find among IT professionals. Is that because more and more IT pros come into the workforce having been raised on mobile and social technologies? Is it because the skills are inherently transferable or easy to attain? Some of the skill sets most in demand, according to respondents, are development, analytics, cloud and security -- all of which are important in any social media initiative.

It's important not to connect dots that shouldn't be connected -- or even to create dots that shouldn't exist. But perhaps we should be thinking about whether social media can be put into its own box. Is it a skill set in and of itself, or does it encompass skills from across the IT spectrum? Companies need to answer those questions before they can truly consider themselves social businesses.

Where does social media fit into your organization? Is it a separate thing, or is it part of many jobs -- even if it's not included in official job descriptions? Please let us know in the comments section below.

Predictive analysis is getting faster, more accurate and more accessible. Combined with big data, it's driving a new age of experiments. Also in the new, all-digital Advanced Analytics issue of InformationWeek: Are project management offices a waste of money? (Free registration required.)

We welcome your comments on this topic on our social media channels, or [contact us directly] with questions about the site.
Comment  |
Email This  |
Print  |
RSS
More Insights
Webcasts
Automating Security Functions in Your Enterprise
Quantifying the Benefits of a DevOps Strategy
More Webcasts
White Papers
2020 Gartner Market Guide for Network Detection & Response
How You Can Evaluate Your Org's Cybersecurity Readiness
More White Papers
Reports
Cloud-Native Security Platforms: The Solution for the Digital Age
Making the Financial Case for Outsourcing Endpoint Protection
More Reports

I said it before and I'll say it again if you are a business in today's business world and are into utilizing the free and very useful marketing tools such as Facebook and Twitter then are you missing out. Further more if you are not budgeting for a social media professional that knows how to utilize these resources then you better know how to do it very well yourself!