Google's Allo and Duo apps are meant for mobile texting and video chatting, but Hangouts will refocus on enterprise communications and compete with similar offerings from Skype, Slack, and Yammer.

On Tuesday, Google released Duo, its new video chatting application for Android and iOS devices. The app is meant to compete with Apple's FaceTime and Facebook's Messenger. It will soon be joined by Allo, a dedicated texting app with a splash of artificial intelligence. Google already has a handful of messaging apps, and you might be wondering what will become of its mainstay, Google Hangouts.

It turns out that the app is primed to live on as an enterprise communications tool.

Google Hangouts isn't going anywhere, according to Nick Fox, Google's vice president for communications. The app, which is available on mobile and desktop machines, will "increasingly focus" on the enterprise. 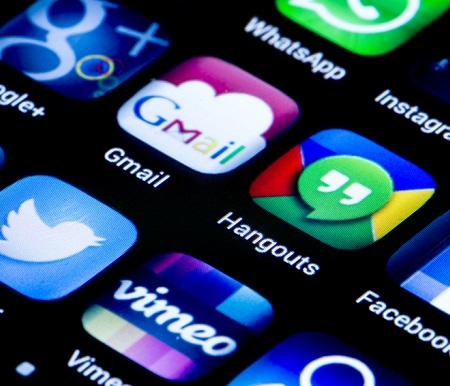 "Because Hangouts is built on a Google account, because it's deeply integrated with Google apps, the Apps suite, Gmail, Calendar and so on, it's seen much more success in the enterprise," said Fox in an interview with Engadget. "It will increasingly focus on that kind of group collaboration enterprise productivity space."

Hangouts, which will continue to be available to mobile devices, works best from the desktop.

It functions seamlessly in the browser for one-on-one and group video chats. It's often used by Google itself within the realm of Google+ for community announcements. But Hangouts tried to be too much, a killer messaging app that did it all: texting, IM, and video.

Google has stripped the texting function from Hangouts on mobile devices, but has left the IM and video chatting functionality intact.

[Read more about unified communications at a crossroad.]

"In some ways it's a return to the roots of Hangouts," said Fox to The Verge, "where it was more of a desktop legacy." The renewed focus could be a good thing. "We do think it's important when we think about these apps to have a target use case or target persona in mind."

As a consumer app, Hangouts competed with myriad offerings from Apple, Facebook, WhatsApp, and others. As an enterprise app, Hangouts will go head-to-head with Skype, Slack, Yammer, and Convo. Given Hangouts' lack of focus for so long, it will be curious to see how Google shapes the app with the enterprise in mind.

As for Allo and Duo, the new mobile apps will be focused purely on mobile devices, with no corresponding desktop component. Google said it designed Allo and Duo to do one thing really well, rather than a bunch of things.

Duo is available today, Aug. 16, for Android and iOS devices. Allo is expected to follow shortly.

Eric is a freelance writer for InformationWeek specializing in mobile technologies. View Full Bio
We welcome your comments on this topic on our social media channels, or [contact us directly] with questions about the site.
Comment  |
Email This  |
Print  |
RSS
More Insights
Webcasts
Data Protection 101 - 12/10 @ 11am EST
The Pesky Password Problem: Policies That Help You Gain the Upper Hand on the Bad Guys
More Webcasts
White Papers
Exclusive IT Trend Report: Chatbots
Reducing Data Breach Risk From Your Remote Workforce
More White Papers
Reports
The ROI Of SD-WAN: Not Just A Numbers Game
Email Security Threat Report 2020
More Reports