Changes to the healthcare insurance status quo won and lost elections, revised and created business plans, and kept harried CIOs and their overworked staffs up at night. But it also generated opportunities for IT professionals in the healthcare industry to save their organizations time and money, reshape burdensome workflows, and improve patient care. When he was elected, President Barack Obama pledged to change healthcare insurance -- and this year marked months of debate and political hijinks 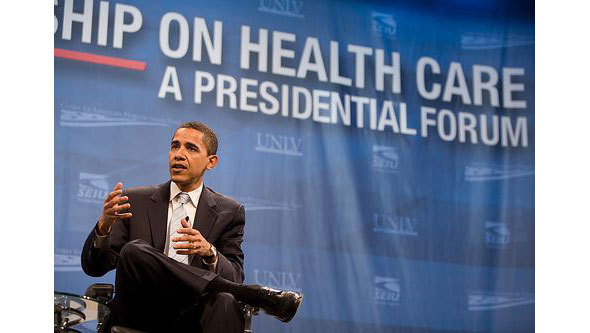 Its future -- or elements of its current status -- may be uncertain after the results of November's election and the lawsuits filed in several states by attorneys general, but pundits agree that healthcare reform of some sort is here to stay. On March 23, President Barack Obama signed healthcare reform legislation into law after months of heated debate. The law included IT-centric provisions related to the creation of state insurance exchanges and accountable care organizations.

While much of the healthcare IT action revolved, at least in part, around legislation emanating from Washington, D.C., medical providers and their IT leaders also investigated other tools such as smartphones and tablet PCs, more specifically Apple's iPad. With an ever-growing number of apps available for these mobile devices, healthcare professionals -- especially those such as ambulatory nurses, physical therapists, and home care aides -- are increasingly adopting these devices. In fact, the market for handheld devices in healthcare is expected to reach $8.8 billion for 2010, vs. $8.2 billion in 2009, according to Kalorama Information. "Healthcare workers need to be mobile, and so PDAs and monitoring devices have long been a good fit," said Bruce Carlson, publisher of Kalorama Information.

Health IT Savings May Reach $261 Billion 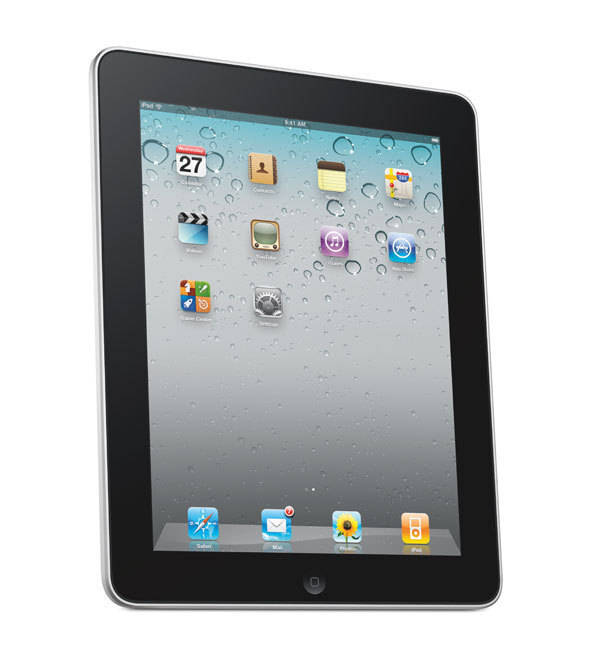 The consumer-friendly, light-weight, and application-rich iPad may, perhaps, one day replace the once seemingly irreplaceable wooden clipboards seen as a staple of solo medical practices and the busiest, urban hospitals. In fact, almost one-fourth of respondents to a December Healthcare Information and Management Systems Society (HIMSS) survey plan to deploy the iPad immediately, while 70% expect to do so within the year. One-third of respondents identified point-of-care applications -- including lab order visualization and results, clinical decision support, and medical image viewing applications -- as top priorities, while 18% identified general administration, including billing, coding, and claims applications, as major factors. App developers continue to rollout solutions targeted directly at the healthcare market, with titles ranging from medical-focused translation tools to diagnostic aids.

Healthcare iPad Deployment To Approach 70% In 2011

Global CIO: The Awesome Transformative Power Of The Apple iPad 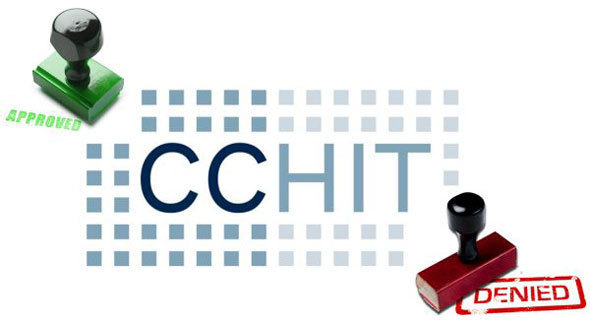 Bandied around by the government and software developers alike, CIOs needed to know the definition of meaningful use before they would commit thousands of dollars and hundreds of hours to investing a particular solution. To ensure ISVs met the newly-minted meaning, HHS opted to name third-party organizations to test and certify that applications met the government's standards, a move designed to provide peace-of-mind for nervous executives and IT professionals. 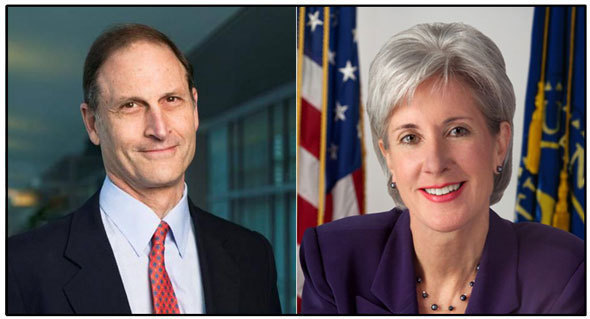 Led by United States Health and Human Services Secretary Kathleen Sebelius, the federal government in 2010 took the first step in defining meaningful use. In order to receive the sliding scale of reimbursement for their investment on electronic medical records (EMRs), physicians must demonstrate meaningful use of the technology -- but initially, there were no definitions of the term, leaving many medical practitioners in a state of flux. In July, Sebelius unveiled final rules to support meaningful use, but questions remained.

Guerra On Healthcare: Is HITECH Worth It?

Some Hospitals Meeting Meaningful Use Criteria 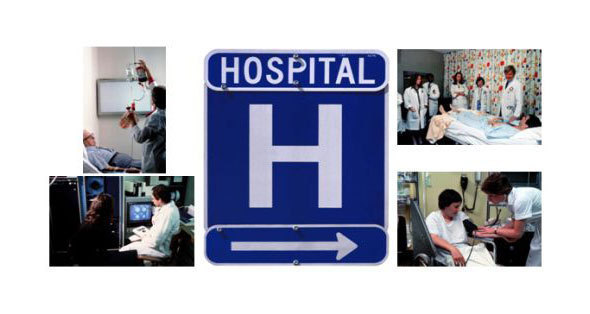 HHS went on a spending spree in the past 12 months, donating millions in grants to help bring healthcare agencies up to high-tech speed. The agency, for example, announced $320 million in grants on September 27. In addition, it spent more than $2 million for the Telehealth Network Grant Program, which helps communities build capacity to develop sustainable telehealth programs and networks; $770,000 for the Frontier Community Health Integration Demonstration Program, whose purpose is to develop and test new models for the delivery of health care services in frontier areas by improving access to care and the integration of care delivery to Medicare beneficiaries, and $390 million in grants for hospital preparedness. In November, HHS offered grants for Early Innovators, health IT infrastructure grants designed to reward states for developing cutting edge and cost effective consumer-based technologies and models for insurance eligibility and enrollment for exchanges.

HHS To Manage Stimulus Spending From The Cloud

Health IT Gets $1 Billion In Federal Funding 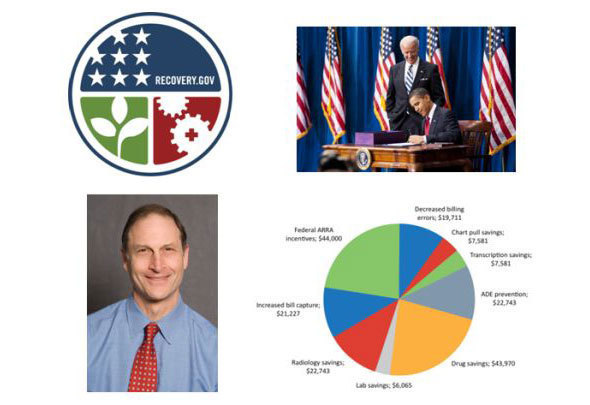 The Regional Extension Center Program, funded by American Recovery and Reinvestment Act (ARRA), was designed to create and implement training and best practices centers around the country in an effort to help healthcare providers implement mandated electronic medical records and other healthcare IT systems. Under the program, $375 million went to an initial 32 non-profit organizations to support the development of regional extension centers (RECs), which are expected to deliver outreach and support services to at least 100,000 primary care providers and hospitals within two years. "RECs are a vital part of our overall efforts to improve the quality and efficiency of healthcare through the effective use of health IT," Dr. David Blumenthal, national coordinator for health information technology, said in a statement.

HHS Awards $220 Million For Health IT 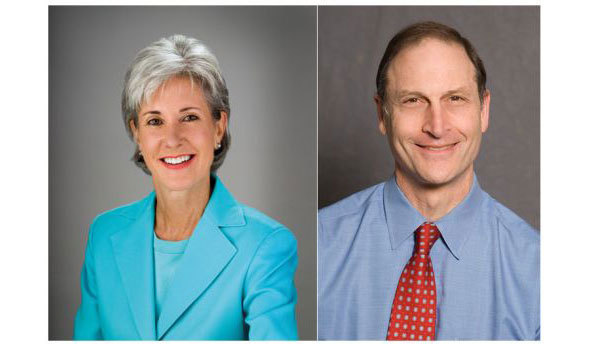 Fifteen so-called Beacon Communities, expected to light the way for other regions across the country, received $220 million in grants from HHS. The establishment of the 15 cooperative agreements in designated regions "will be awarded based on merit," said Dr. David Blumenthal, national coordinator for health IT. The 15 communities, designed to serve as role models, used the American Recovery and Reinvestment Act (ARRA) funds built on existing infrastructure of interoperable health IT standards and reach into other federal programs such as the Regional Extension Center Program. "These pioneering [Beacon] communities are going to lead the way in bringing smarter, lower-cost healthcare to all Americans through use of electronic health records," said vice president Joe Biden, in a statement.

HHS Awards $220 Million For Health IT 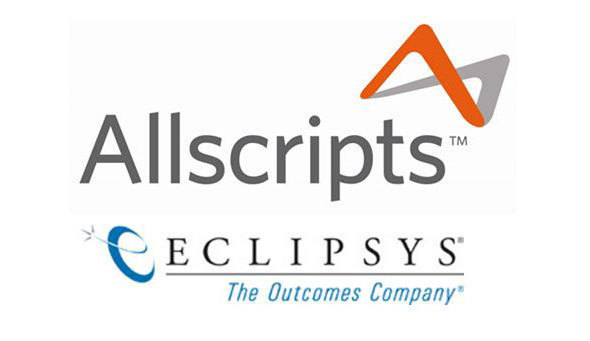 Allscripts announced in June it would acquire Eclipsys, creating a single provider of clinical, financial, connectivity and information solutions in a deal valued at about $1.3 billion. The combined company's client base will include over 180,000 U.S. physicians, 1,500 hospitals, and nearly 10,000 nursing homes, hospices, home care and other post-acute organizations, according to Allscripts, to be headed by Glen Tullman, current Allscripts CEO and CEO of the combined corporation, and Phil Pead, chairman of the new entity, and former CEO and chair of Eclipsys.

Allscripts To Buy Eclipsys For $1.3 Billion 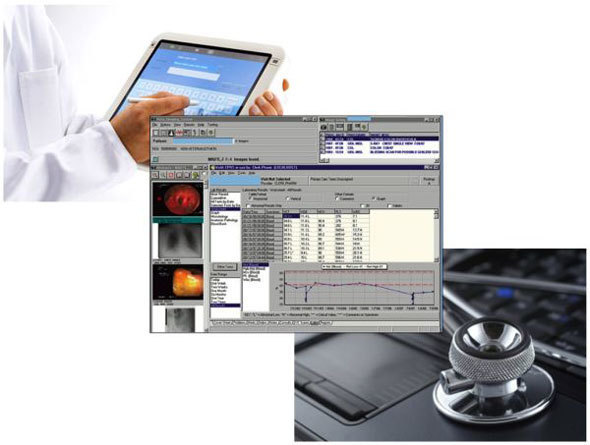 The concept of a National Health Information Network (NHIN), which continues to generate debate, is a vital backbone to the entire overhaul of the U.S. healthcare system. NHIN will provide caregivers with Web-based access to patients' electronic medical records, no matter where they are. States, which the federal government is encouraging to create their own internal networks, are at different levels of preparedness for a nationwide network. In November, some advisors asked workgroup chair Dr. John Lumpkin to work out some details before advancing to the next step in the formal recommendation process.

Get Ready For A National Network 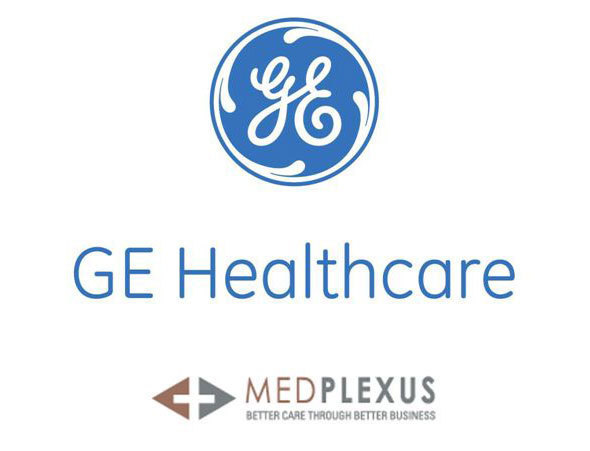 In March, GE Healthcare bought MedPlexus, a developer of EMR/PM solutions for independent clinical practices. GE planned to add MedPlexus' software capabilities to its Centricity line of solutions, targeted at smaller physician offices, typically slower to adopt technology and EMRs. "We evaluated this business opportunity extensively and decided its fit based on the value it brings the market," said Vishal Wanchoo, president and CEO of GE Healthcare IT, a $1.9 billion unit of GE Healthcare, in a press release at the time.