4 comments
Comment Now
The Internet of Things hasn't quite caught on with consumers. But developers are working on changing that by rolling out innovative projects. Here's a look at some on display at the recent Samsung Developer Conference. 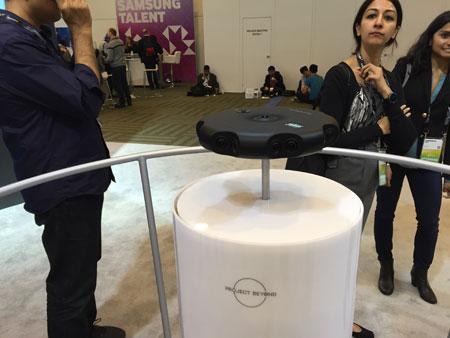 Like Facebook, Samsung is betting big on VR. And to make VR appealing, the company needs people to create VR content. The company's Project Beyond 360-degree camera was announced at its 2014 Developer Conference. It has served as a prototype for a consumer version, the Gear 360 camera, which is about to ship.

Really nice and neat slideshow, Thomas. I super liked it. About your last slide on VR, yes, I agree that it's very entertaining. to watch a bunch of people while they are immerse in their VR experience. I thought about how ridiculus it can look from the outside on Friday during the WIRED Health event in London. I tried several of the VR demos, all cool, educational, and entertaining. But later on, I thought I was probably looking quite silly when I was moving and turning as if I were trying to find my way out in a maze, an application to improve cognition, orientation, and space awareness developed by Peak, a company that created a really cool brain training application before moving it forward ro VR. Did you try any of the VR demos at the SDC, or just had fun watching from your reality's PoV? -Susan
Reply  |  Post Message  |  Messages List  |  Start a Board

Yes, color-light bulbs.That was a thing. :) Has anyone created voice activation for lighting? That could be both cool and useful. -Susan
Reply  |  Post Message  |  Messages List  |  Start a Board

Thomas, what's the target for that helmet, motorcycle riders, or workers? In the warehouse, or any other workspace it could be of great help. On the contrary, on the road could be not a so good idea. Or well, maybe depending on what uses the user would give to it. Was there something about target markets? -Susan
Reply  |  Post Message  |  Messages List  |  Start a Board

By 2020, cloud infrastructure will bw at its peak. The promise of IoT demands companies to plan, deploy, or update their network infrastructure making it ready for all what the cloud will be hosting. Without forgetting about security, it's worth remembering that cloud secirity attention needs to be put in all three: network, applications, and devices. -Susan
Reply  |  Post Message  |  Messages List  |  Start a Board
Editors' Choice
Hot Topics