Lobbyists and legislators urge the FCC not to reverse its 23-year-old ban on using cellphones during airline flight.

Steerage To The Stars: The Cheapsat Revolution
(Click image for larger view and slideshow.)

As the Federal Communications Commission considers reversing its 23-year-old prohibition on cellphone calls on airplanes, lobbying groups and legislators have lined up to keep the old ban in place.

In January, the FCC published a Notice of Proposed Rulemaking (NPRM) to reverse its 1991 ban on cellular communications on aircraft. The rule change would allow cellular voice communications on aircraft flying above 10,000 feet. The agency, which has been considering the rule change since late last year, says its original prohibition is no longer relevant because of changes in mobile technology.

If adopted, the new rules could give airlines the ability to install an Airborne Access System that would provide the connection between passengers' wireless devices and commercial wireless networks, much like WiFi service is provided today aboard aircraft.

The 1991 rule was imposed over concerns about potential interference with cellular ground networks and concerns that electromagnetic emissions might unintentionally affect aircraft communications, navigation, flight control, and electronic equipment.

[Agencies are exploring how consumer tech will affect their work. See IoT, Mobile Give Government IT New Challenges.]

"I'm the last person in the world who wants to listen to someone talking to me while I fly across the country," FCC chairman Tom Wheeler told a congressional panel in December. "But we are the technical agency, and we will make the rules for the way the new technology works."

In a 2012 study, the FAA collected data from 11 countries and concluded that "civil aviation authorities reported no confirmed occurrences of cellphones affecting flight safety on aircraft with onboard cellular telephone base stations."

Separately, the FAA recently changed its rule regarding portable electronic devices (PEDs), determining that these devices can safely be used by passengers during all phases of flight. 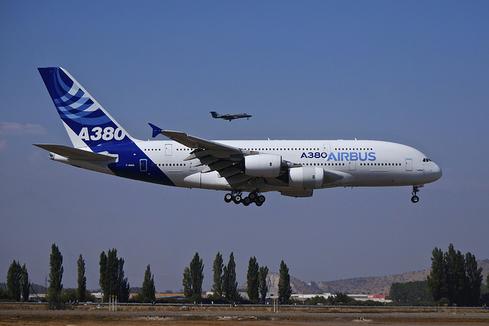 Annoyance factor
Groups against the rule change include the Association of Flight Attendants and the Global Business Travel Association, which represents more than 7,000 of the largest purchasers of travel.

"We're not arguing [cellular calls while in flight] is not technologically feasible," Shane Downey, director of public policy for GBTA, told InformationWeek. Rather, the group's members are uniformly against the idea of passengers talking or listening to others talk on their phones during flight.

But Downey said his group's objection goes beyond the annoyance factor. "There's a security aspect to it." Cellphones "could be a potential tool for terrorists to exploit."

When asked if terrorists could communicate using the in-flight WiFi service that a number of airlines provide today, Downey said that this technology wasn't reliable, and that before in-flight communications expand or the rule is changed, security questions need to be addressed.

While the FCC considers modifying its rule, legislators from both sides of the aisle have proposed keeping the prohibition on in-flight cellular voice communications.

In a rare show of bipartisanship, Representatives Dan Lipinski (D-IL) and David McKinley (R-WV) wrote a letter to the FCC, the Department of Transportation (DOT), the Department of Homeland Security (DHS), and the Department of Justice (DOJ), urging the departments to work cooperatively as rules modifying mobile technology are considered. The letter also calls for a prohibition of cellular voice communications in an aircraft cabin.

Even if the FCC adopted a new rule, it would be the airlines' decision whether to permit the use of data, text, and/or voice services while airborne, according to the agency's FAQ.

Ellis Booker has held senior editorial posts at a number of A-list IT publications, including UBM's InternetWeek, Mecklermedia's Web Week, and IDG's Computerworld. At Computerworld, he led Internet and electronic commerce coverage in the early days of the web and was ... View Full Bio
We welcome your comments on this topic on our social media channels, or [contact us directly] with questions about the site.
Comment  |
Email This  |
Print  |
RSS
More Insights
Webcasts
People Are The Most Important Part of Autonomous SOC
Hybrid Cloud: The Great Balancing Act
More Webcasts
White Papers
How to Build Your Incident Response Plan
Accelerate Threat Resolutions with DNS
More White Papers
Reports
Accelerate Threat Resolutions with DNS
DNS Network Traffic Volumes During the 2020 Pandemic
More Reports

...cell phone use yes, but not for voice calls? So if someone needs to update their Facebook page with absolutely essential news the world needs to know ("sat down in my seat", "going to the bathroom", "back from the bathroom", etc) then go ahead. I just don't want to hear about your latest business deals or hear about your experience in the airplane bathroom. Nobody is so important as they that cannot stay unreachable for a few hours. People who are glued to their phones for business will find that out the hard way during the next round of layoffs.
Reply  |  Post Message  |  Messages List  |  Start a Board

In my Catholic church growing up, parents of infants were encouraged to sit in the soundproof "crying room" in the back. These days, I wonder if they're charging the other parishioners for this perk.
Reply  |  Post Message  |  Messages List  |  Start a Board

"Imagine if airlines charged a premium to get access to the network and another premium to sit in the "Quiet Cabin." Sounds like a license to print money."

Exactly right, Doug! The airlines are frantic to create new revenue streams, and I wouldn't be surprised if many are evaluating the idea of a "quiet car." While they're at it, they should create a sound-proof cabin for the parents of infants. I bet they could even get away with charging us other passengers a nominal fee to banish the babies to this room.
Reply  |  Post Message  |  Messages List  |  Start a Board

As a Northeasterner who travels on Amtrak from the New York area to Washington and Boston, I've grown to appreciate the "Quiet Car," on Northeast Corridor trains. This car is often packed with people fleeing the gabbers. Even though there's plentiful signage and announcements about the rules, conductors often have to shush violators who just can't help themselves.

Imagine if airlines charged a premium to get access to the network and another premium to sit in the "Quiet Cabin." Sounds like a license to print money. If FCC is true to its mission, however, it will give up the old rule and leave policy management to the airlines and the rule of prevailing customer preferences. I'll fly on the airline that gets it right and stay away from the ones that do it wrong.

I'm not sure why the lobby groups are worried about in-flight calls. I thought the "telephone" app on smart phones was only the seventh most popular.

I suspect people would moreso use it for texting, which should not be annoying. Unless you're the type of passenger that loves to chat with neighbouring strangers.
Reply  |  Post Message  |  Messages List  |  Start a Board
Editors' Choice
Hot Topics