Fortune Magazine is reporting White House CTO will leave that post but may help with Silicon Valley recruiting.

White House Chief Technology Officer Todd Park plans to step down by the end of the year, but may take on another role as technology recruiter for the Obama administration, Fortune Magazine reported on its website Friday.

The White House has not officially confirmed the report.

According to Fortune, "He is expected to take on a new White House role, working from Silicon Valley to recruit tech talent into government roles. For example, he recently helped hire former Google executive Mikey Dickerson to help identify and fix government websites."

[Does Mikey Dickerson have the right stuff? Read US Digital Service: Key To Making Government Agile?]

Dickerson was one of the leaders of the technical team Park assembled to rescue the HealthCare.gov website, which performed poorly for the first few months after its launch in October 2013. Although Park got a share of the credit for restoring the health insurance website to health, he also got a share of the blame for the fact that it wasn't built right in the first place. He was one of the people called before Congress to explain the initial embarrassment of the technology behind President Barack Obama's signature legislation, informally known as Obamacare. 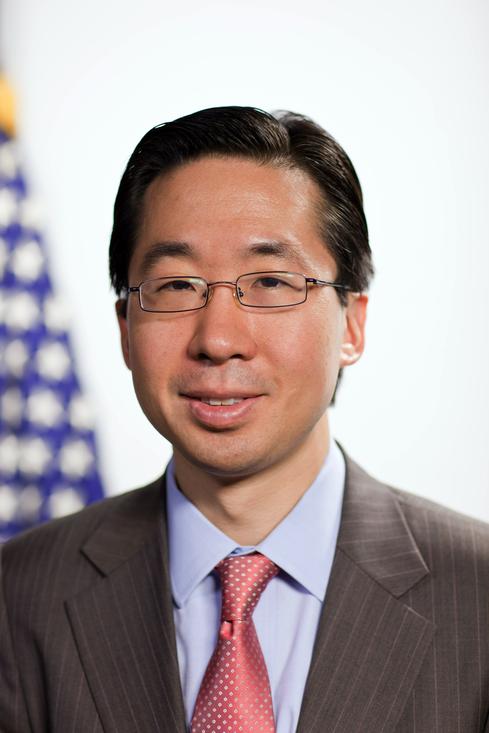 Previously a co-founder of the healthcare cloud and business services provider Athenahealth, Park joined the administration in 2009 as CTO of the Department of Health and Human Services. He often said that the title was a misnomer and that he was really more of an "entrepreneur in residence" trying to promote out-of-the box thinking and innovative use of technology at the agency. Park was associated with several open source, open data access, and API development initiatives at HHS and brought the same thinking with him when he came to the White House. In 2012, President Obama appointed him to replace the first White House CTO, Aneesh Chopra.

Like the White House CIO, the CTO role influences (but does not control) the adoption of technology throughout the government.

Park started Athenahealth in 1997 with business partner Jonathan Bush. The two had worked together as consultants to the healthcare industry at Booz Allen Hamilton. In 2008, he co-founded Castalight Health, a health information company that enables price and quality comparisons between providers.

Our new survey shows fed agencies focusing more on security, as they should, but they’re still behind the times with cloud and overall innovation. Get the new IT Priorities In Order? issue of InformationWeek Government today.

David F. Carr oversees InformationWeek's coverage of government and healthcare IT. He previously led coverage of social business and education technologies and continues to contribute in those areas. He is the editor of Social Collaboration for Dummies (Wiley, Oct. 2013) and ... View Full Bio
We welcome your comments on this topic on our social media channels, or [contact us directly] with questions about the site.
Comment  |
Email This  |
Print  |
RSS
More Insights
Webcasts
Bolstering Your Enterprise Cyber Risk Assessment
4 Practical Tips for Building a Data Lake
More Webcasts
White Papers
Automate Your Cloud Compliance Journey in 6 Steps
AWS Lambda Security Best Practices
More White Papers
Reports
A Practical Guide to Enabling 5G Deployments
The State of Endpoint Security
More Reports

Here's the official announcement from the White House blog:


President Obama today announced that he has asked U.S. Chief Technology Officer and Assistant to the President Todd Park to take on a new role for the Administration as a technology advisor based in Silicon Valley. Park will begin the new role in September after he and his family have returned home to California.

Park's focus will be recruiting more top tech talent like Mikey Dickerson into government and identifying innovative ways to improve the quality of government digital services, two central goals of the President's Smarter IT Delivery agenda. He will also help ensure that the Administration has an on-the-ground sense of how technology is evolving and can craft policy and initiatives accordingly.

President Obama said today, "From launching the Presidential Innovation Fellows program, to opening up troves of government data to the public, to helping spearhead the successful turnaround of HealthCare.gov, Todd has been, and will continue to be, a key member of my Administration. I thank Todd for his service as my Chief Technology Officer, and look forward to his continuing to help us deploy the best people and ideas from the tech community in service of the American people."

White House Office of Science and Technology Policy Director and Assistant to the President John Holdren added, "I'm deeply grateful for Todd's tireless efforts as U.S. Chief Technology Officer to improve the way government works and to generate better outcomes for the American people. We will miss him at the Office of Science and Technology Policy, but we're fortunate Todd will continue to apply his considerable talents to the Obama Administration's ongoing efforts to bring the country's best technologists into the Federal Government."

Park said, "It continues to be the greatest honor of my life to serve the President and the country that I love so very much. I look forward to doing everything I can in my new role to help bring more and more of the best talent and best ideas from Silicon Valley and across the nation into government."

The move and new role allow Park to return home to Silicon Valley in time for the start of his children's school year. He and his wife have planned to move back to California for a long time and, after multiple extensions of his time in Washington, he is fulfilling his family's desire to move back home.
Reply  |  Post Message  |  Messages List  |  Start a Board
InformationWeek Is Getting an Upgrade!