0 comments
Comment Now
Tweet
The push toward "meaningful use" of health IT in America's hospitals and medical practices involves some of the country's most talented healthcare and technology leaders. InformationWeek Healthcare shines a spotlight on some of those healthcare IT movers and shakers. 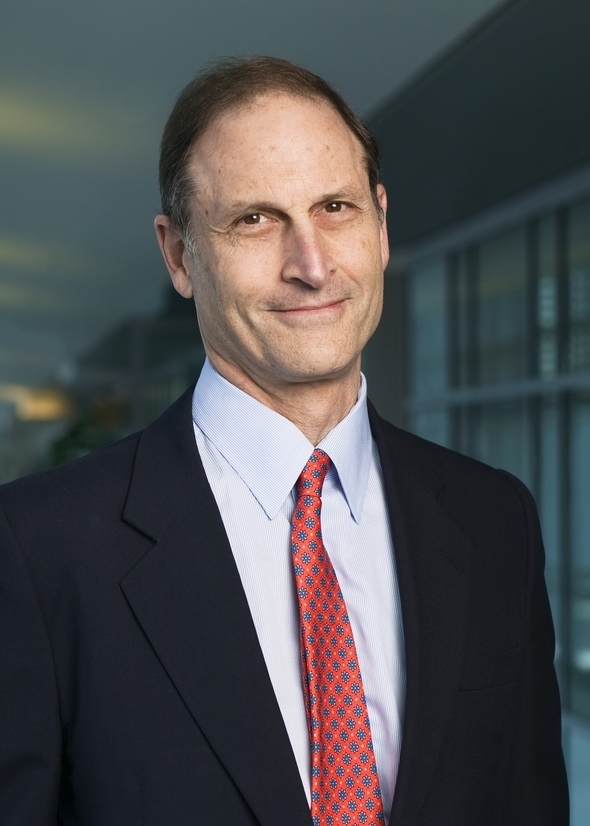 Dr. David Blumenthal, a Harvard professor and former Massachusetts General Hospital physician was named President Obama's National Coordinator for Health IT in March 2009, about a month after Obama signed into law the American Recovery and Reinvestment Act, including its $20 billion-plus HITECH legislation, which will financially reward healthcare providers for their "meaningful use" of health IT beginning in 2011. 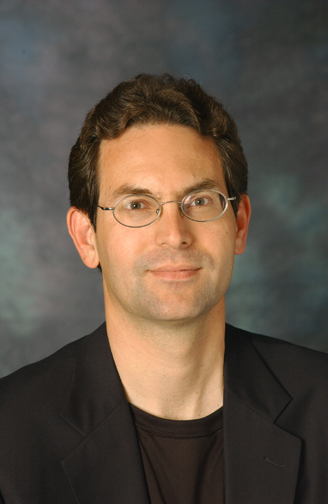 Dr. John Halamka wears dual CIO hats. He's been CIO at CareGroup, which operates Beth Israel Deaconess Medical Center and several other Boston area hospitals and healthcare facilities, for more than a decade. He's also CIO at Harvard Medical School. Over the years, Halamka has had leadership posts in numerous healthcare and government related committees and organizations. He's currently vice chair of the HIT Standards Committee, which makes recommendations to the National Coordinator for Health IT on standards, implementation specifications, and certification criteria for the electronic exchange and use of health information as well as other matters relating to HITECH's programs. Halamka also co-founded the New England Health EDI Network, a consortium that lets health care providers swap administrative and payment data with insurers. Halamka is also an emergency medicine doctor. 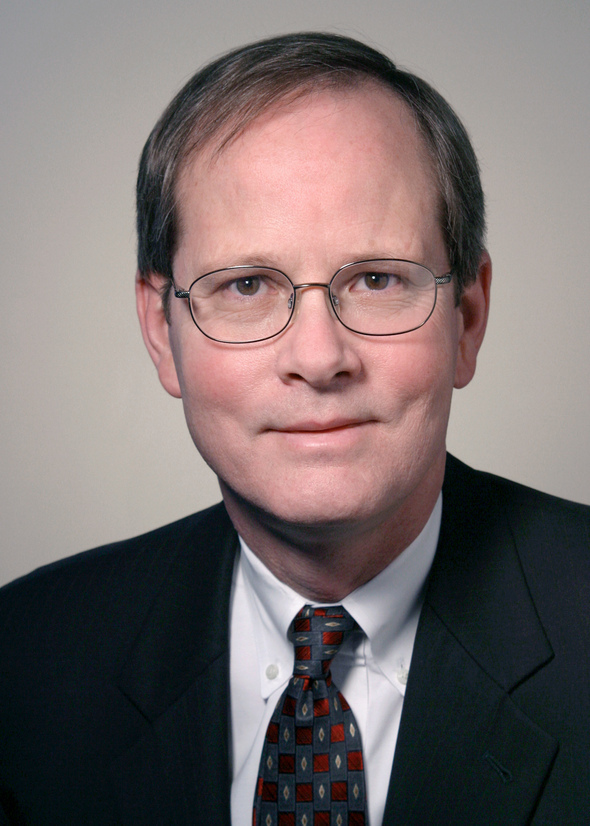 John Glaser, longtime CIO at Partners Healthcare, in August will be joining Siemens Healthcare as CEO of its Health Services Business unit. Earlier this year, Glaser finished up a nearly yearlong stint as an advisor to Dr. David Blumenthal, national coordinator for health IT. Glaser, who was named an InformationWeek Innovator and Influencer in 2007, was also founding chairman of the College of Healthcare Information Management Executives, a professional organization of healthcare CIOs and other senior IT leaders. Glaser (along with Halamka) is also co-creator of the New England Health EDI Network, a consortium that lets health care providers swap administrative and payment data with insurers. 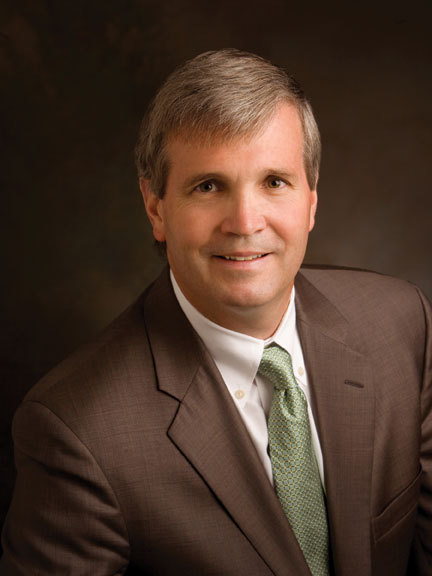 Marc Probst, CIO Intermountain Healthcare, is a former Ernst & Young consultant. Probst currently serves on the Health IT Policy Committee, which makes recommendations to the National Coordinator on HITECH program related matters. That includes a policy framework for the development and adoption of a nationwide health information infrastructure, including standards for the exchange of patient medical information. Probst's clinical IT team at Intermountain -- which is among the country's earliest users of e-health records, recently spent several years co-developing with GE Healthcare the vendor's last generation of enterprise clinical information systems. Intermountain is one of the largest healthcare providers in Utah and Idaho. 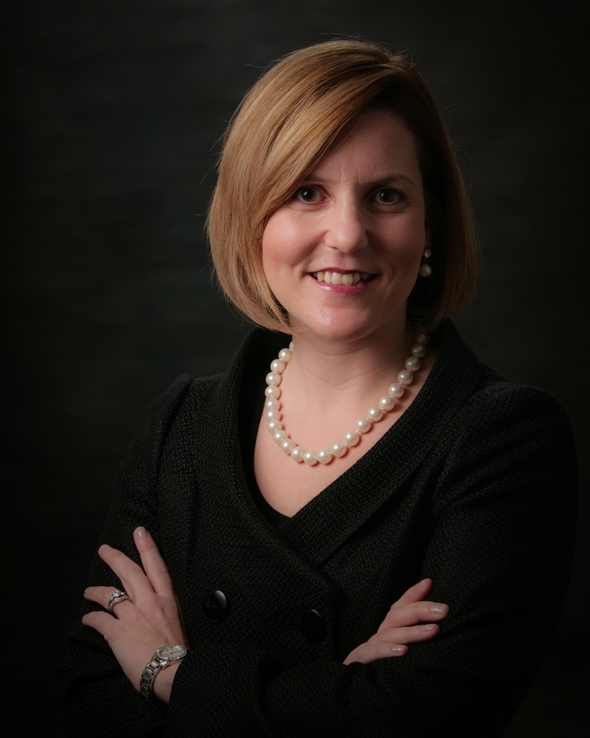 Jennifer Covich Bordenick, is CEO of the eHealth Initiative, a prominent independent, non-profit affiliated organization whose missions are to drive improvement in the quality, safety, and efficiency of healthcare through information and information technology. Bordenick, who played leadership roles at eHealth since 2002, was named CEO earlier this year. Bordenick is focusing the organization's efforts around health information exchanges, regional extension centers, meaningful use, electronic prescribing, care coordination, patient and family engagement in health IT, privacy, drug safety, as well as the intersection of health reform and health IT. Prior to joining eHealth, , Bordenick spent four years at the National Committee for Quality Assurance as Director of Policy and Product Development, helping develop national quality standards for healthcare organization 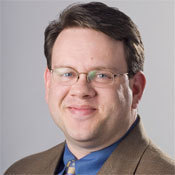 Dr. Steven Waldren, a board-certified family physician, is also director of the health IT center of the American Academy of Family Physicians, a medical society representing nearly 100,000 primary care doctors and medical students. An expert in health IT and a voice for the concerns and challenges of family physicians, Walden has leadership roles on several advisory groups and committees, including serving as co-chair of the Ambulatory Functionality Working Group of the Certification Commission for Health Information Technology. He's also served as co-chair of ASTM's Continuity of Care Record Technical Committee and as secretary of the Physicians Electronic Health Record (EHR) Coalition. 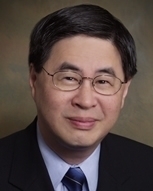 Dr. Paul Tang , a board certified internist, is chief information medical officer at Palo Alto Medical Foundation, multipractice group part of Sutter Health, which operates hospitals and physician organizations in Northern California. Tang is vice chair of the Health IT Policy Committee, a Federal Advisory Committee created by the 2009 American Recovery and Reinvestment Act. The HIT Policy Committee makes recommendations to the US Health and Human Services about policies involving the adoption and effective use of health information technology to improve the health of Americans. Tang is the Immediate Past-Chair of the Board for the American Medical Informatics Association, a member of the board of the National eHealth Collaborative, and an elected member of the Institute of Medicine (IOM) and serves on its Health Care Services Board. Tang also chairs the National Quality Forum's (NQF) Health Information Technology Expert Panel and is a member of the NQF Consensus Standards Approval Committee. 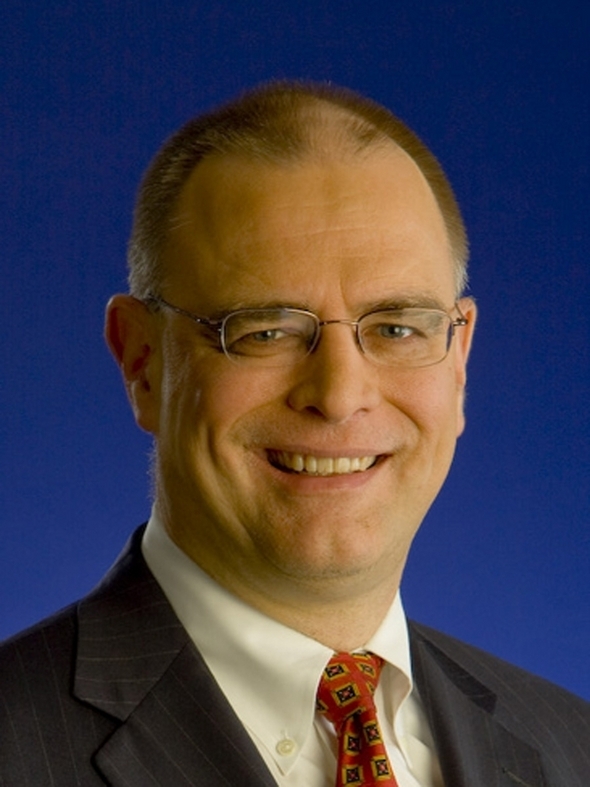 Dr. J. Marc Overhage is president, CEO and co-creator of the Indiana Health Information Exchange, the oldest and longest running health information exchange in the U.S. Overhage is also director of medical informatics at the Regenstrief Institute, Inc., and a professor of medicine at the Indiana University School of Medicine. Over the last several years, Overhage has held leadership roles regionally and nationally for the advancement of health IT standards, policies and implementation. He's currently a member of the HIT Standards Committee advising the Office of National Coordinator for Health IT. 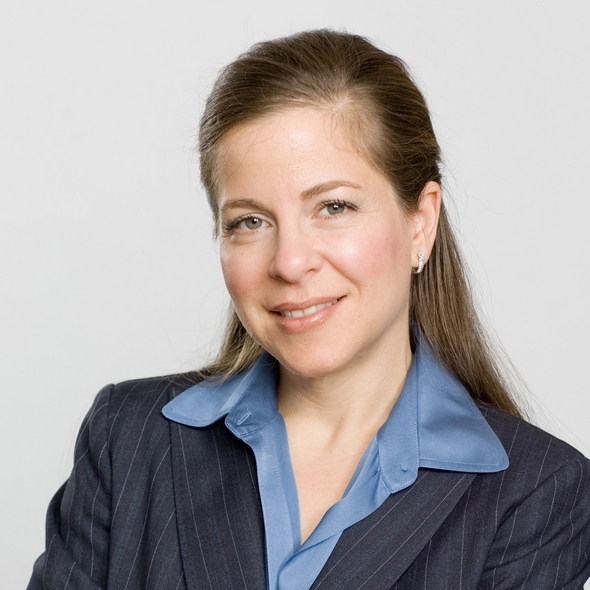 Dr. Carol Diamond, directs the health initiatives of Markle Foundation and chairs Markle Connecting for Health, an influential public-private collaborative working to realize the full potential of information technology in health and health care in the United States. Markle Connecting for Health engages more than 100 diverse organizations and institutions in an approach rooted in core values, including achieving medical excellence, fostering patient participation, and protecting personal privacy. Diamond has testified before Congress on behalf of the Markle Foundation and works with many private sector groups, government agencies, and health information technology bodies. She is serving on the Health IT Standards Committee, which advises the Office of National Coordinator for Health IT. Diamond has also played a role with various federal agencies and the health IT community in the development of www.KatrinaHealth.org, a secure Web site that made prescription medication histories available to doctors and pharmacists caring for evacuees whose medical records were destroyed during the historic hurricane. 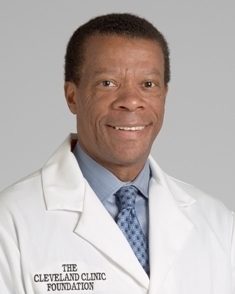 Dr. C. Martin Harris, Cleveland Clinic's longtime CIO, has played high profile leadership roles in many government and health industry groups for about a decade. He's currently a member of the HIT Standards Committee, that's advising President Obama's National Coordinator for Health IT on HITECH Act and other standards related issues. However, Harris also played a leading role during President George W. Bush administration's mission for "most Americans" to have an electronic health record by 2014. Harris was the only health CIO named to two Bush councils, including Commission On Care For America's Returning Wounded Warriors and the Commission on Systemic Interoperability, which made recommendations to Congress about priorities for implementing a nationwide electronic health information exchange network. 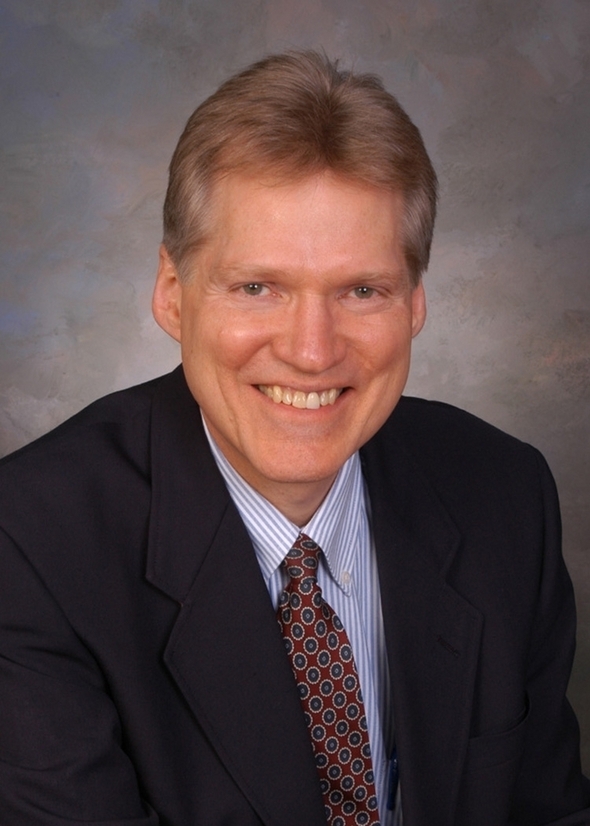 Dr. James Walker is chief medical information officer for Geisinger Health System, Danville, Pennsylvania, an 800-member multispecialty physician group practice in 38 medical groups serving 43 counties and the 3 Geisinger hospitals. Geisinger is one of the country's earliest adopters of health IT systems and is consistently identified by government and healthcare industry leaders as a role model for others in its use of health IT. Walker has executive responsibility for Geisinger's multiple clinical information systems, including an integrated outpatient and inpatient electronic health record and library services. He also practices internal medicine. Walker is a member of the HIT Standards Committee that's advising the Office of National Health IT on HITECH program detail. 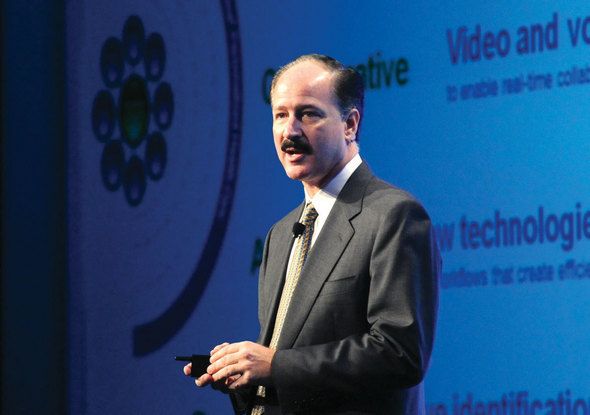 Phil Fasano joined Kaiser Permanente in 2007 as senior vice president and chief information officer. Kaiser Permanente's e-health record system, KP HealthConnect is the worlds largest privately owned electronic health record, securely connecting more than 8.6 million people to their physicians, nurses, and pharmacists, personal information, and the latest medical knowledge. Only the VA has a larger installed e-health system. The sheer size of Kaiser Permanente's installed KP HealthConnect system -- and the challenges and success KP has had deploying its e-health records in recent years -- has the organization playing role model to others. 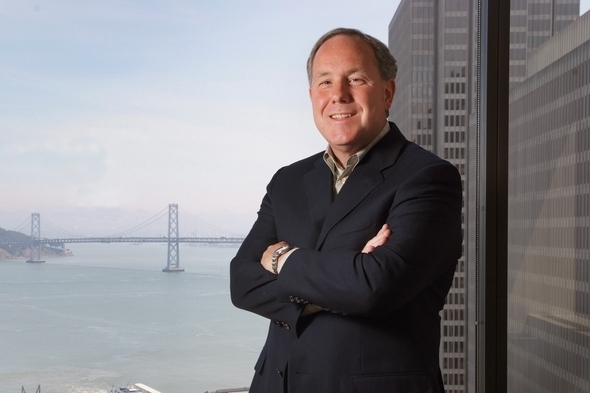 Dr. David Brailer was the nation's first health IT czar when President George W. Bush created the office of National Health IT Coordinator, a sub-cabinet position of the U.S. Dept. of Health and Human Services in 2004 as part of Bush's goal for "most Americans" to have e-health records by 2014. Brailer is currently chairperson at Health Evolution Partners, a private equity firm he founded in 2007. Brailer is also a board certified doctor of internal medicine. Prior to holding the national coordinator post, Brailer was CEO of CareSciences, a services provider that designed and developed one of the country's first health information exchanges, the now defunct Santa Barbara County Health Data Exchange.

We welcome your comments on this topic on our social media channels, or [contact us directly] with questions about the site.
Comment  |
Email This  |
Print  |
RSS
More Insights
Webcasts
DevOps: Innovating with Speed, Security, and Quality
Making Zero-Trust Work for Work From Home
More Webcasts
White Papers
[Comparison Guide] Wired vs. Wireless LAN Solution
CyberSecurity Trends 2020
More White Papers
Reports
The Threat from the Internet--and What Your Organization Can Do About It
How Remote Network Management Keeps the Business Running
More Reports
Copyright © 2020 UBM Electronics, A UBM company, All rights reserved. Privacy Policy | Terms of Service