As Detroit CIO Beth Niblock knows, government IT means dealing with challenges and risks, but the rewards when tech makes lives better are worth it.

Nobody who has done the job is likely to say that being an IT leader in any organization is easy. There is no shortage of challenges: budget, staffing, training, tech changes, business demands. When the organization is a government body, the challenges can grow exponentially in number and scale.

Government IT typically bridges multiple agencies with different legacy systems and a range of regulations. Government resources are limited. IT leaders often serve at the whim of changing political leaders and, indirectly, an unpredictable electorate. Government IT must support thousands, maybe millions of citizen users whose technology literacy covers the broadest of spectrums, from naiveté to know it all. Yes, those are challenges.

But Beth Niblock, CIO for the City of Detroit, highlights what might be the greatest differentiator for IT in the government sector: "Any time you provide IT support for public safety, that weighs on your mind because you have to be perfect. People's lives are at stake."

The 911 call center absolutely has to be available. The right ambulance, police cruiser, or fire engine has to get to the right address with the right information and communication capabilities. Or, people might die. 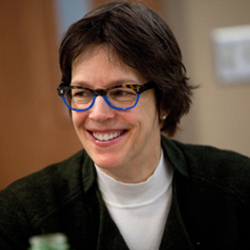 With that burden, Niblock still has to implement new technologies -- such as a new 911 system and an HR system to replace one that was 40 years old -- in a city that had plunged into bankruptcy in 2013. That's what Niblock has been tasked with for the four years since Detroit exited bankruptcy court.

All that and she is still upbeat, as attendees at Interop ITX 2018 will discover when she takes to the main stage as a keynoter at the event, taking place April 30 to May 4. She wants her IT peers at the conference and in the new government track to see "how great it is to be in government tech and what an honor it is to have the faith that citizens have in you. And, Detroit is a fun, rocking place with a lot happening."

Seeing that Niblock was a political science major at Furman University, one might think she has spent a career in government. However, she got her start in business, on the operations side of things. "It was just about the time PCs were coming out, and they were starting to network them on something other than Token Ring. So, I jumped into the networking side," she said in a recent interview.

Her shift into government IT came in 2003 in Louisville, Ky., when she was named CIO and placed in charge of the tech side of a merger between the City of Louisville and Jefferson County. That merger, driven by the business community, was intended to give the metro area a common voice but also unified support systems across city and county agencies. It meant new, common systems in areas such as finance, human resources, public safety, and radio communications.

Then, when the City of Detroit was facing bankruptcy, the Obama Administration stepped in and recruited Niblock and other IT leaders to help the city's recovery efforts. She notes that she was suggested for that role by her co-presenter in her Interop "Fireside Chat," Jennifer Pahlka, founder of Code for America, whom she met when Louisville was a Code for America city.

Niblock was named Detroit's CIO in 2014.

"It's really great to be in a job where you have such support from the mayor at every level. It's amazing to see when we implement things how quickly we can have an influence on folks," she said of her role today.

The city not only had to make what would have seemed to be obvious changes, like replacing outdated PCs and keeping the email system working, but implementing an "open by default" policy for public access to data.

She said that when she arrived in Detroit the existing IT teams were "heroes," keeping things working during tough times. In the years since, Detroit has replaced its 40-year-old, mainframe-based HR system with a cloud-based platform. The 136-member IT team has worked to normalize data across the varied agencies and it recently rolled out a new 911 system.

Niblock also oversaw development of a "311 app," a smartphone app providing citizen access to city services. That's more than a nice-to-have application. In a city where working class residents might have to travel over several bus routes to get to city hall to make a payment, the new app allows them to carry out transactions directly from their phones.

Niblock, Pahlka, and other Interop speakers will be providing more examples of not only how government IT is changing but also how our interactions with government as common citizens are evolving. Interop ITX 2018 runs April 30 to May 4 at the Mirage in Las Vegas.

Jim Connolly is a versatile and experienced technology journalist who has reported on IT trends for more than two decades. As editorial director of InformationWeek and Network Computing, he oversees the day-to-day planning and editing on the site. Most recently he was editor ... View Full Bio
We welcome your comments on this topic on our social media channels, or [contact us directly] with questions about the site.
Comment  |
Email This  |
Print  |
RSS
More Insights
Webcasts
Protecting Your Enterprise's Intellectual Property
How Elite Analyst Teams are Transforming Security with Cyber Reconnaissance
More Webcasts
White Papers
How to Compete in Financial Services IT
The State of Threat Detection and Response
More White Papers
Reports
2021 Top Enterprise IT Trends
How IT Security Organizations are Attacking the Cybersecurity Problem
More Reports