European court rules Google must remove "irrelevant" links in certain situations to comply with EU law that gives people a right to be "forgotten."

The European Court of Justice has ruled that Google must delete "irrelevant" links from its search index under certain circumstances, to protect the EU's "right to be forgotten."

By upholding data protection rules that amount to a court-ordered burning of library index cards, the EU has ensured that the most complete record of public information online will remain in private hands, on the servers of national intelligence agencies like the NSA.

The EU court sided with a Spanish national, Mario Costeja González, who filed a 2010 complaint with Spain's data protection authority against a Spanish newspaper publisher and Google seeking the removal of two mentions of an old debt from articles in January and March 1998 and of Google search links to those articles.

The Spanish data agency ruled for the newspaper, saying the information had been lawfully published, but it ruled against Google, directing the company to remove the links from its search index. Google appealed and now Europe's high court has upheld the ruling.

EU Justice Commissioner Viviane Reding hailed the decision in a post on Facebook, stating that "The data belongs to the individual, not to the company." She also addressed criticism by pointing out that the right to be forgotten outlined in Article 17 is not absolute and that EU law protects the media and freedom of expression. "People will NOT be able to change or erase history," she wrote. 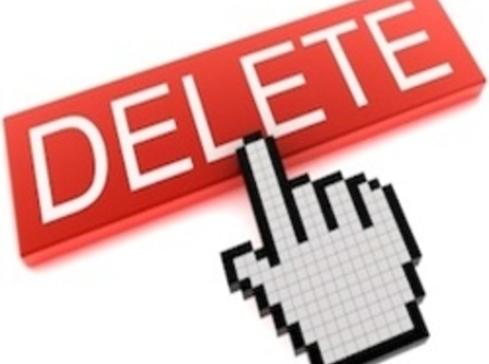 And yet Google's version of history henceforth will have some holes in it, unless Google finds a way around the law.

"This is a disappointing ruling for search engines and online publishers in general," said a Google spokesperson in an emailed statement. "We are very

and that's the lawyers who will no doubt spring up and offer to have inconvenient or embarrassing information removed.
Reply  |  Post Message  |  Messages List  |  Start a Board

It seems odd to me that in an age where one of the more horrific tales of technology run amok is the erasure of ones complete identity that we seem to be embarking on the first steps of doing exactly that. Re-writing history or making deletions in it is a risky venture at best.
Reply  |  Post Message  |  Messages List  |  Start a Board

The difference with those mug shot companies and similar businesses is that their whole business model is a form of extortion -- whereas Google and Wikipedia are simply (relatively) evenhanded arbiters.

Online reputation management goes a long way.  Maybe you can't erase something from the Internet, but maybe you can at least bury it to Page 12 of Google Seach Results.
Reply  |  Post Message  |  Messages List  |  Start a Board

Can you imagine the fodder this would provide the Holocaust deniers if Hitler was alive today -- to express his "Right to be Forgotten"???
Reply  |  Post Message  |  Messages List  |  Start a Board

The expunged information will show up on some site based somewhere where no one cares about the European Court of Justice. I just wish I were their advertising salesperson.
Reply  |  Post Message  |  Messages List  |  Start a Board

It can be tough to erase legitimate mistakes from online records, including news accounts, but the line could get slippery fast. This NYT article a few months ago prompted change by some companies charging people to "erase" mug shots.
Reply  |  Post Message  |  Messages List  |  Start a Board

This decision can only be implemented selectively, not uniformly and fairly, because of the way the court has decided the case. It means some information on indivuals will be suppressed, some not, depending on circumstances that will bear little relation to a fair process. We have to get used to the fact that information on individuals is going to have a long tail. The court is trying to take resonsibility for evaluating the worth of the information out of the hands of the reader and putting it in the hands of a legal process. I don't trust the evenhandedness of the outcome.
Reply  |  Post Message  |  Messages List  |  Start a Board

Interesting. My initial reaction to the headline was "This is great!" But after reading the article, I see that there's a more nuanced argument here, with potentially significant implications.
Reply  |  Post Message  |  Messages List  |  Start a Board
Editors' Choice
Hot Topics