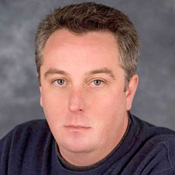 VMware integration will help spread the microblogging, wiki, and document sharing workload across enterprise servers, according to CEO Eugene Lee.

Slideshow: Broadvision's Clearvale Express Offers Free Social Media Capabilities
(click image for larger view and for slideshow)
One of the hallmarks of social media is that it is, for the most part, conducted in the cloud. However, many businesses are uncomfortable with the risks that come with running any of their operations--even social apps--on servers operated by others. Socialtext, a Palo Alto, Calif.-based software-as-a-service provider, is giving enterprises another option to reduce many of those security, privacy, and compliance concerns.

Socialtext, which provides real-time collaboration by constantly updating blogs, wikis, and social networking forums with the information employees choose to share and the things they're working on, has introduced the Socialtext Virtual Appliance, which companies can download and run on their internal systems.

While some of Socialtext's enterprise customers, which includes the likes of Symantec, Intel, and DHL, pay a monthly, per-user rate to access applications like Socialtext People (the social networking tool) and Socialtext Signals (microblogging) from the public cloud, some companies just aren't comfortable or would simply prefer to stash their social software suite behind their company firewall. Previously, Socialtext offered a hardware appliance as an on-premises option.

"The intersection of Enterprise 2.0 and SaaS, I think, is about delivering ongoing value and lower cost of administration," said Socialtext CEO Eugene Lee. "That's what we're doing. And delivering it on the private cloud is a big deal because it's new and provides real value."

While enterprise collaboration is all the rage these days, most companies are still content with a standard, static intranet born from a publishing mentality that, according to Lee, provides some useful data but fails to really connect people with the information they crave and need most to get things done.

"People are really frustrated with existing corporate intranets," he said. "They're mostly just documents and files and there isn't anyone there. It's not a place to get work done," adding that he's found that the piece of information employees most regularly access from their corporate intranets is the daily cafeteria menu.

"On your average day, employees are creating tons of content," Lee said. "The challenge and what we do is release it from their hard drives and the shared places that other people in the company don't know about.

"It's not who knows what, but who knows someone else that knows what," he added. "It can transform a company and make it possible to get stuff done."

Socialtext also is taking advantage of server virtualization with its virtual appliance by integrating with VMware, so workloads can be spread across servers and virtual machines, giving IT administrators greater control and management benefits.

Socialtext Virtual Appliance will be available for download in the next month, and updates and enhancements will be pushed out about once a month. Integration with VMware was a top priority because most current Socialtext subscribers use it internally.

With the growing popularity of private clouds in the enterprise--Gartner says 76% of enterprise IT departments are planning to invest in private cloud strategies by 2012--adding an option to run its software as an internal application seemed a natural move for Socialtext, according to Lee.

"The cloud has become all the rage in the public application space," Lee said. "What's new now is organizations are realizing that separating the physical connection between employees, their devices, their locations, and their servers creates more advantages. It gives them more flexibility to deploy things much more efficiently."