Lifecycle Of An Enterprise Social Community (So Far) - InformationWeek 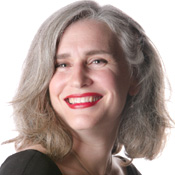 Consider these lessons we've learned in the first four years of building an internal enterprise community.

Enterprise Social Networks: A Guided Tour
(click image for larger view and for slideshow)
The community I help manage at UBM, parent company of The Brainyard and InformationWeek, is in its fourth year. I've been on the managing team now for two years, and I sometimes forget where we've been and how much things have changed. Hearing comments, questions, and stories from new companies and people entering the space has really made me reflect a lot on these changes. It occurs to me that both the community and its users have a lifecycle of sorts.

While this is our story, I've seen it happen differently other places, and the stories have a lot in common. This isn't meant as a roadmap--it is an over-simplification of what really happened; my story to explain it to myself after the fact. Community development is messy work because each person in the community reacts differently. Some people figure it out early and skip or combine several of the phases. Some are really creative. Some only follow step-by-step instructions. Others sit back and watch, while still others turn their backs until they no longer can.

Hierarchy And Silos: The Intranet Days

In the beginning, everyone wanted to recreate the silos that they were used to working in. Because the social concept was new and adoption needed to start somewhere, we largely allowed people to do just that. They came in and set up a deeply nested hierarchical structure. This made them comfortable because it was what they were used to, and they were sure it would help everyone find what they were looking for.

To some extent it worked, assuming you were talking about it "working" in the same way the previous versions of the corporate intranet worked. Most of what got posted at this phase was HR documents, phone numbers, training schedules--reference material that would have been posted somewhere anyway, and content that people weren't used to commenting on. Let's face it, everyone saw the community as "extra" work, and at a time when companies were running very lean, who had time for that? However, there were a few people who had bigger aspirations, and they created some social groups on topics like pets, gardening, books, etc. A few even created work affinity groups on topics like SEO, which immediately caught on for a narrow subset of people. This spurred more interactivity, and helped lead us to the next phase.

It sure didn't hurt that our CEO started using it as the platform for his somewhat frequent "letter" to the global workforce.

Some people who were using the social groups to talk about topics like children and movies soon started to see ways that they could use these social concepts to help them get their day jobs done. They set up groups to help organize and sustain conversations around specific functions or goals, ranging from product development to management teams to training delivery. They learned that they could post open questions and get people to more easily post answers at odd hours and across time zones. Conversations didn't get fragmented, and better brainstorming was enabled. You could post a meeting agenda to a central location where everyone could contribute to its development, and then update that document during the meeting so that it functioned as meeting minutes.

Especially in some of those early work affinity groups, learning and discovery started happening at an increased pace, and people started to be more comfortable with being more open, letting their voice be heard. Again, encouragement from the CEO in his letters helped this, along with the fact that his posts were made unedited. Because he was willing to have typos show up in his posts let others know that being perfect was not expected.

Specific Use Groups: Using Social To Solve A Specific Problem

At about this time, there were a few significant world events that led to people creating some cross-company groups. The specific one that comes to mind was the eruption of the volcano in Iceland that temporarily halted a lot of air travel.

For a company like UBM that hosts a lot of conferences and other trade shows, there were a lot of personal and corporate consequences resulting from the air travel disruption. One of the affected people created a group on the subject, and our community manager gave it top billing and invited some specific individuals to contribute. The conversation took off! There were funny personal stories of people traveling by odd means to reach home. There were questions about whether the company would cover laundry service and other extra expenses incurred. Two people who were stranded in opposite office buildings (one in New York, one in London) made arrangements to swap desks for the week. Our CEO used the group to invite people who were stranded in London to meet him for a proper English breakfast that he hosted in their honor. So it was a wonderful tale of people connecting, communicating, and getting answers during a unique and frustrating situation.

Beyond that, there also was a group of people who recognized a business opportunity and at least three divisions came together to create a paid webinar on the topic of the volcanic ash crisis and what it meant to business. These were parts of the company who normally would not have worked together on a project, but within a couple days had turned a crisis into a money-maker for the business. Finally, it allowed the rest of us, who were mostly unaffected, to know co-workers were safe, and to see our company come together to help each other out.