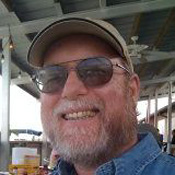 At its annual Lotusphere event in Orlando this week, IBM announced mobile support for its social networking programs. Mobile apps will be tied to LotusLive Symphony as part of a redesign of LotusLive under the slogan "Get Social. Do (mobile) Business."

Alistair Rennie, IBM's general manager of social business and collaboration initiatives, said that IBM's strategy with social is to build social features through devices, rather than just focusing on the desktop. That will also mean supporting devices like the Apple iPad and other tablets in ways natural to those devices.

RIM co-chief executive officer Jim Balsillie took the stage along with IBM executives to show off the BlackBerry version of social apps integrated with Lotus software. Versions for the Apple iPhone, Google Android, and Nokia smartphones are also being delivered.

The theme of IBM's presentations was that business is being done in real-time, that successful platforms must handle input from and output to any device, and that social systems like Facebook and Twitter have to be integrated into corporate networks. This was demonstrated through a Lotusphere Twitter feed hosted from within IBM.

This all makes Lotus increasingly important for IBM's total strategy. While software currently accounts for 20% of sales, the company has expressed the hope it will represent half its profit in five years.

IBM executives at Lotusphere demonstrated integration of LotusLive with SugarCRM, with Rennie then criticizing Salesforce.com's social strategy for not being open.

Ed Brill of IBM said on his blog that the software, first announced a year ago under the name Project Concord, is now ready for a Technical Preview Release 2, which goes live right after the show at the company's a Greenhouse site.

Most sessions at the event are also focusing on collaborative technologies, corporate issues of deployment, architecture, security, and performance.