Your Blockchain Pilot Is Going to Fail (But That's OK) - InformationWeek

Blockchain isn't a miracle technology to solve all problems at once. It is a fundamental shift in the way companies transfer data between two parties.

By now, it's almost impossible to have not heard of bitcoin, the decentralized digital currency alternative to fiat, built on blockchain. More technical terms like ICOs, smart contracts, cryptocurrency, and proof of work, among others, are being thrown around, and startups are raising millions as though ICOs were the next big cash cow industry.

In reality, companies wanting to employ a successful emerging blockchain strategy have a large task at hand. They need to stay focused on why, how, and what steps they must take; build a strong use case to launch a proof of concept to do just that; and prove to their organization that the concept of blockchain is real and has the potential to disrupt so many different aspects of our digital lives.

Perhaps that explains why, according to Gartner, about 90% of blockchain projects from 2015 will fail before the end of 2017. But the technology isn’t the problem; early proof-of-concept projects are supposed to fail (and keep failing until firms identify what needs to change). Tech companies must accept this and learn how to chart the best course moving forward.

Early-stage proof of concepts are just that

"Fail fast and iterate" is a mantra known almost too well to many startups bootstrapping their way into a market. They can’t afford to spend time building out the perfect solution because they don’t know how customers will react before putting a prototype in their hands. For dedicated innovation teams to successfully lead a proof of concept, they'll need to start thinking more like a startup.

Early adoption of any emerging technology can’t be expected to yield life-changing results; blockchain is no different. Instead, view proof-of-concept investments as research and development spending. By iterating quickly and failing often, enterprises can turn early mistakes into valuable knowledge, putting them two steps ahead of the companies that haven’t started failing yet.

Fortunately, most enterprise brands are deeply entrenched in their respective industries. Their economies of scale make it easy to greenlight small pilot tests and proof-of-concept projects without affecting the bottom line. Large companies run thousands of such experiments each year. Not all pan out -- usually less than 50% -- but the ones that do can drive massive return on investment.

Hopping on the blockchain bandwagon

Below are the three steps enterprises must follow to start working with blockchain technology:

Put goals ahead of tools. Every innovation strategy should put the desired result ahead of the preferred tool. Shoehorning a tool into an ill-fitting role is the fastest path toward disappointment.

Instead, identify what goals new technology should accomplish. That could mean solving an internal challenge, streamlining processes between stakeholders, or leveraging the marketing value of tech adoption. Blockchain can do all these things, but companies expecting new technology to be a miracle cure will be disappointed.

Take Everledger, which registers diamonds online. This company wanted to improve its record-keeping process. To do so, company leaders turned to blockchain, leveraging its decentralized ledger into trustworthy registrations between parties. The goal preceded the technology, which led to successful adoption.

Understand the boundaries. Understanding blockchain's capabilities and limitations of the technology will help maximize experiments' value.

Toyota, for example, has been a leader in the space over the past year, shifting toward a blockchain strategy that will redefine the future of mobility. The Toyota Research Institution is leading a project that specializes in certain parts of the ecosystem it's building: BigchainDB, which is creating a data exchange for sharing autonomous vehicle testing and driving data, and Oaken Innovations, which is developing an application for peer-to-peer car sharing, payments, and vehicle access with a new mobility token.

That decision helped Toyota understand the benefits and limitations of blockchain within the project before committing extra resources.

Get ready to fail. As with any startup, experimenting with emerging technology in a closed environment is crucial to learn how to use it on a larger scale. Don’t fudge the numbers; conduct a legitimate experiment, even if that means allowing promising projects to fail.

When Nasdaq introduced its Linq technology, experimentation and failure were necessary to identifying the true use case of its product. Financial giants cannot afford to complete and record securities transactions without full confidence that the technology is close to infallible. By allowing several prototypes to fizzle out behind the scenes, Nasdaq had the confidence to bring a battle-tested tool to market.

Blockchain isn’t a miracle technology to solve all problems in one fell swoop. It is, however, a fundamental shift in the way companies transfer data between two parties. However, reading about it isn’t enough. To understand the full benefits of blockchain, enterprises must get their hands dirty with the tech. 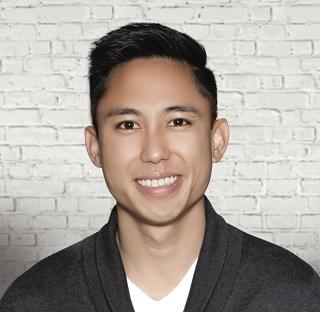 Kevin Yamazaki is the founder and CEO of Sidebench, a leading digital product and venture studio that creates custom software and apps for clients across healthcare, finance, entertainment, and consumer product industries. As a passionate solutions architect and product designer, Kevin is driven to create. Forbes listed Kevin in its 30 Under 30 Class of 2017.

The InformationWeek community brings together IT practitioners and industry experts with IT advice, education, and opinions. We strive to highlight technology executives and subject matter experts and use their knowledge and experiences to help our audience of IT ... View Full Bio
We welcome your comments on this topic on our social media channels, or [contact us directly] with questions about the site.
Comment  |
Email This  |
Print  |
RSS
More Insights
Webcasts
Hybrid Cloud: The Great Balancing Act
Optimizing App Performance in the Cloud
More Webcasts
White Papers
Why Add Security to Your Skill Set and How to Do It
Balancing Hybrid Storage as Part of a Hybrid Cloud Data Management Strategy
More White Papers
Reports
The Infoblox Q4 2020 Cyberthreat Intelligence Report
The Malware Threat Landscape
More Reports

CRM Trends 2021: How the Pandemic Altered Customer Behavior Forever Jessica Davis, Senior Editor, Enterprise Apps,  2/18/2021
White Papers
Why Add Security to Your Skill Set and How to Do It
MontanaPBS Shifts to Agile Broadcasting with Help from Raritan KVM Solutions
Intelligent Outcomes Are Key to Business Resilience
Are We Cyber-Resilient? The Key Question Every Organization Must Answer
Data Orchestration: Critical Elements for Data Strategy and Infrastructure