When it comes to managing and motivating employees too much data might be a bad thing. Maybe the discussions about Amazon's focus on metrics and competitiveness highlights the need for balancing data and gut decisions.

The New York Times published a damning articleabout the Amazon data-driven culture. It paints a picture of a cold-hearted workplace full of unattainable standards and emotionally distraught workers. 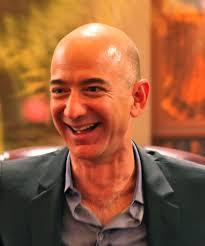 To be fair there was a contrast of workers who thrive in the culture. Jeff Bezos, Amazon CEO, responded with an expected and shocked denial saying he wouldn’t work for the company described.

What should data say about a huge corporation?As a data professional on the outside looking in, I’m not sure if it’s a poorly implemented metrics program or just expected behavior for an 18,000-person corporation. Even basic statistics would say a 100% employee satisfaction rating is impossible, not all managers are above average leaders, and even a small percentage of former employees will say it was less than good.

Many companies are moving toward a data-driven culture as it becomes easier to measure everything. There were positive examples of companies using data, such as Google determining the the best-sized teams or studying what makes their leaders effective. More than once, Google has served as a great example of how to use employee data sensibly.

All your efficiency problems solved Many times, I have witnessed metrics programspresented as path to efficiency. I wonder if some slick sales team rolled into Amazon and sold them on a data-driven management system that promised to solve not one but all efficiency problems. Amazon, being a retailer in a competitive field, would certainly race to get that program started. Inevitably, the company implemented it without all managers understanding how to use data.

As data professionals, we understand all the ways inaccurate data can appear so shiny and virtuous. Maybe these managers were not considering their employee’s performance as a whole and taking a blameless approach of tallying numbers on a spreadsheet. Do the managers lack basic management understanding or have they been lead to believe what they were taught is wrong? Oh no – am I saying they should trust their gut more?

Does human nature defeat data-driven culture?The Times article made is sound as if Amazon was breeding a culture of jerks. Perhaps you have worked in teams where there was a jerk -- a person more interested in trolling meeting comments than promoting the betterment of anything. An aggressive coworker could easily choke out an introverted team member, while the metrics may rank this person as a top performer.

Between 2008 and 2013, the US workforce performance dropped 6%, partially because of employees not feeling that their job supported individual choice. Is this what is happening to Amazon? Have their metrics forced their workers into inflexible roles where they feel tortured by coworkers?

To implement a data-driven culture, companies are advised to be transparent with their measurements to encourage employee adoption and discourage employees from thinking of the it as a systematic way of assigning blame for failed projects. The New York Times article noted that Amazon allowed co-workers to provide anonymous feedback about others.

It wasn’t clear if this information was used for performance reviews, but what an easy system to game. All you need is your best friend to report to your boss all your virtues and you return the favor. No one get hurt and come review time, your merry chorus of positive feedback may be the extra jump you need to rank higher. You don’t have to be the best, just better than the bottom 10% who are not as clever.

We welcome your comments on this topic on our social media channels, or [contact us directly] with questions about the site.
Comment  |
Email This  |
Print  |
RSS
More Insights
Webcasts
People Are The Most Important Part of Autonomous SOC
Nip Ransomware in the FUD: Detecting Attacks Pre-Encryption
More Webcasts
White Papers
Dissonance in Data Security
Improving Security by Moving Beyond VPN
More White Papers
Reports
The State of Endpoint Security
Building the SOC of the Future
More Reports
Copyright © 2021 UBM Electronics, A UBM company, All rights reserved. Privacy Policy | Terms of Service