When Will the Old Phone Networks Die? Not Soon - InformationWeek

50%
Tweet
Old phone systems never die. They just fade away. The phone companies that run the copper-based POTS (Plain Old Telephone System) may want to do away with it in favor of more modern, flexible and profitable technologies, but it's not going anywhere soon.

Plain old telephone service — POTS — isn't going away. Not for a while. But POTS is getting less and less popular, and that rate is increasing.

According to the Centers for Disease Control, by the summer of 2012, more than a third of Americans — 35.8% — used only wireless phones. That's about a 30% increase over the last 10 years, and a 1.8 percent increase over the last six months. And it's trending up. Amongst households with both POTS and wireless service, 15.9 percent received all or nearly all calls on their wireless phones — also indicating POTS's slow demise. 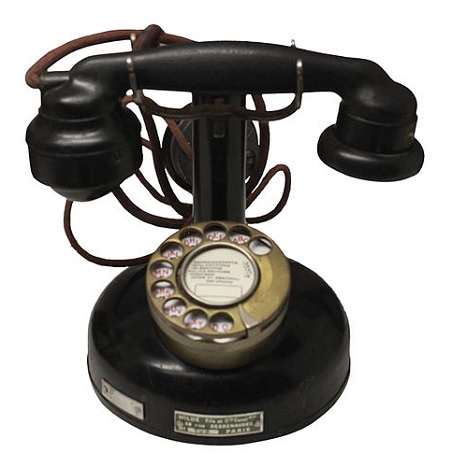 The companies that run POTS are ILECs, or Incumbent Local Exchange Carriers. They're the ones that own the copper wires that run between your home and the big building downtown known as a CO or central office. AT&T, Verizon and a large number of other companies are in this business, although they'd all rather be out of it in the long term. AT&T suggested to the FCC a few years ago that it was time to sunset the POTS, at least as a COLR (Carrier of Last Resort).

Because of COLR rules, ILECs must often run expensive copper lines in rural areas to support small populations when it would be cheaper to provide cellular. The ILECs are compensated for these costs through a tax on your phone bill called the USF (Universal Service Fund) and through the simple fact that they are allowed monopoly service in many areas (although these monopolies aren't what they used to be).

It sounds like an attractive idea — eliminating POTS service. The alternatives for voice communications are basically wireless cellular service or broadband. But, there are many reasons the POTS system isn't going to disappear anytime in the near future, and why those systems have a long way to go in order to replace POTS.

POTS is an entrenched system that's vital to our society's function at some of the most critical levels — government, security and emergency services. For government, including the military, the relative security of a POTS call versus a wireless call presents a strong case for continued use, at least in the near future. Secure communications are not only valuable to the military, but also other branches of government, such as law enforcement. But, security is just one aspect.

Reliability, especially when it comes to emergency service access, is a compelling argument for POTS. Unlike the other options, emergency calls from POTS are easier for an operator to handle and dispatch services. That's because each phone line is associated with a fixed address. While it's true wireless carriers and VOIP services have made strides in improving emergency options — using GPS to locate callers by 2018, for example — POTS retains the advantage of not requiring power at the endpoint. In natural disaster situations, that advantage is apparent, as well as the known problems of cell towers getting jammed. And if the power goes out at your house, the POTS line will still probably work, while your broadband will likely be off for a while.

Broadband is often reliable in certain disaster situations like the recent earthquake in Japan. While the cellular networks were unusable, the Internet functioned and enabled well-known author William Gibson to guide Japanese citizens to emergency shelters through Twitter. Although an unusual scenario, the Japanese Internet infrastructure indeed proved useful in a crisis, more so than wireless.

Crises aside, there are other reasons for POTS's likely survival. For example, phone numbers — a common address system. At the moment, nothing is able to entirely replace the phone number. While there are digital alternatives available at the moment – like email address and social media accounts — interoperability isn't straightforward. For example, SIP trunking, while available, is a relatively new way to replace POTS services via the internet.

Another compelling reason my editor brought up was this: "Imagine just one old lady calling her congressman to cry about them taking her phone away," he said in an email, "That's enough to kill the whole plan." He's probably right about that. I think he's right because the crying old lady represents universal access — something vitally important to global communication. Historically the government insured universal access in the U.S. through state and federal fees and regulations.

At the moment universal service doesn't exist with any technologies that may eventually replace it. Although the FCC signaled its intention to make universal broadband access a priority, including a broadband Universal Service Fund as part of the plan, broadband access is far from universal at the moment. Also, there are important unanswered questions about what "broadband" means, now and in the future, and also how that service will be delivered.

My own situation also sheds some light on the difficulty of eliminating POTS. I buy DSL service, which uses the POTS infrastructure to deliver broadband. Eventually my ISP will have to upgrade to some other medium, but in the meantime my download pipe is sufficient for the foreseeable future. It handles HD streaming on YouTube, Netflix and other services — by far my most bandwidth-heavy activity. The only things I've been able to do to tax the connection are binary downloads — it's always nice if they're faster — and 4K YouTube video streaming. Upload speeds with DSL, as with many other media, are a fraction of download speed.

So what if 4K video streaming don't work? At the moment it's not such a big problem. There are few films available in 4K that I'm interested in watching, and fewer still places to watch them. Not to mention that my displays are HD — my Nexus 10 has the highest resolution, actually — so I wouldn't notice much visible improvement with 4K. Once those factors begin to change — more 4K films, and inexpensive 4K displays, I'll probably want more bandwidth.

Until that happens I'm going to stick with my DSL service — which has the added bonus of a POTS line. It wasn't until I got a POTS line after years of cell service that I realized the call-quality difference. It's big, and it's difficult for me to talk on cell phones as a result. So, I'm just saying I like my POTS — for data and voice — and I don't want to give it up. And like the little old lady, I'll complain to my congresswoman if Uncle Sam tries to take it away. Maybe by then I'll be a little old man.

We welcome your comments on this topic on our social media channels, or [contact us directly] with questions about the site.
Comment  |
Email This  |
Print  |
RSS
More Insights
Webcasts
Enterprise Database Strategies for 2020
Securing Active Directory the Way it Deserves
More Webcasts
White Papers
DevOps for the Database
2020 State of Malware Report
More White Papers
Reports
Online Threats -- and What Your Org Can Do About Them
[Special Report] Remote Network Management
More Reports