Can Windows 8.1 avoid the fate of Windows 8? Take a look at Microsoft's newest OS. 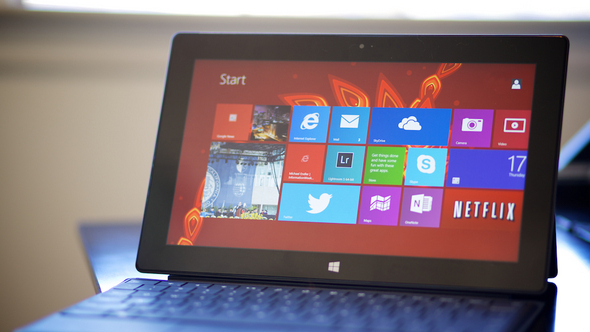 Windows 8.1 is now available, almost a year after its predecessor Windows 8 hit the market with a resounding thud. Early reviews of the update run the gamut, with some pundits lauding Microsoft for delivering what Windows 8 should have been in the first place, and others claiming 8.1, although improved, is still plagued by the same core problems.

Although reactions have tended toward cautious optimism overall, the divergent reactions speak to the variety of critics the update seeks to please.

Windows 8.1 will need to reassure desktop users, many of whom resented Windows 8's attempts to force feed them Live Tiles, and the clumsiness with which it joined the touch-centric Modern UI to the traditional desktop.

The update addresses many of these issues with additions such as the boot-to-desktop mode -- but questions remain. Will users accept the new Start button and search functions? Or will some dismiss the OS because it still doesn't have a built-in Windows 7-style Start menu?

Then there's Windows 8.1's impact on PC sales. It's unfair to blame Microsoft for the market's ongoing slump, as the consumer shift toward tablets was inevitable. But based on Windows 8's desktop market share, the OS didn't help.

At this point, analysts generally agree that the traditional PC market's best days are behind it. But if Windows 8.1 can show the value of touchscreen desktops, or at least convince some with aging Windows XP and Windows 7 systems to give the boot-to-desktop mode a chance, Microsoft might be able to slow the bleeding.

Windows 8's desktop-related problems would be somewhat less distressing if the OS's Modern UI had achieved its primary goal: to give Microsoft a presence in the tablet market. That hasn't happened; IDC said in August that Windows tablets account for only 4.5% of the market. With cheap Android tablets becoming increasingly capable and new iPads expected to dominate holiday sales, Windows 8.1 slates will face an uphill battle.

In many ways, Windows 8.1 is oriented toward technologies that are years away from their mainstream peak. Many people are still getting used to the cloud, but Windows 8.1 bakes SkyDrive deeply into the system. The benefits of device convergence are still uncertain, but Microsoft continues to push the idea that one slim package can house both a tablet and a laptop.

Still, for those looking toward the future, the update offers intriguing potential. Windows 8.1 devices such as the Surface Pro 2 can be used as tablets one moment, attached to a keyboard accessory to become laptops the next, and then docked to an external monitor, keyboard and mouse to function as desktops. Windows 8.1 scales screen sizes automatically.

Will Windows 8.1 be able to convince users, developers and hardware partners that Windows is back on the right track? Microsoft's market share is sure to jump in the short term, thanks to existing Windows 8 users who take advantage of the free upgrade. The fact that Windows 8.1 devices will be cheaper, lighter and more powerful than Win 8 models won't hurt. Now take a closer look at what the new OS does and does not improve.

Definitely one of the big issues. More than 100 million people are using Windows 8, but a lot of them took advantage of discounted upgrades and simply installed Win 8 on aging, non-touch PCs. Win 8.1's boot-to-desktop mode helps these customers, as does the ability to disable hot corners. Public response to the new Start button is still unknown, though I've found the right-click option is more useful than some have said.

Will it be enough to convince "traditional" PC customers give the Windows 8.1 desktop a chance? And if they do, will they spend any time in the Modern UI? Or will they enable boot-to-desktop and banish the Live Tiles from their workflow? Windows 8.1 is a definite improvement, but it faces a barrage of questions and doubts.
Reply  |  Post Message  |  Messages List  |  Start a Board
Editors' Choice
Hot Topics

Does Identity Hinder Hybrid-Cloud and Multi-Cloud Adoption? Joao-Pierre S. Ruth, Senior Writer,  4/1/2021
White Papers
2020 SANS Enterprise Cloud Incident Response Survey
The Top 5 Mistakes Everyone is Making in Vulnerability Remediation
The Impact of the SolarWinds Breach on Cybersecurity
Dark Reading Report: Battle for the Endpoint
The Five Major Security Pitfalls of WFH and How to Solve Them