IT spending patterns make it clear that we are in a software and cloud-based world.

Former Vice President Joe Biden once said, "Don't tell me what you value, show me your budget, and I'll tell you what you value." These words ring true as budgets not only can tell us what we value today, but also what we presume will valuable in the future.

When looking at IT spending budgets and budget forecasts, compiled information can be used as a compass that points in the direction of where the vast majority of IT is hoping to move toward. In this article, we're going dig into a few budget forecasts to not only show you where money is or is not being spent, but also how company leaders are beginning to place an ever-increasing value on the IT department. 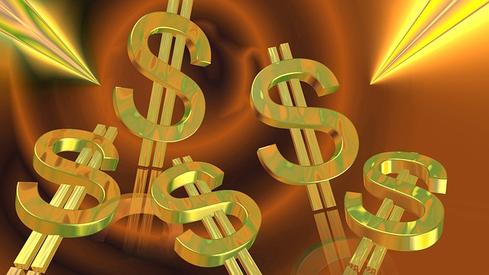 In terms of global spending, Gartner Research places a dollar value of information technology at $3.5 trillion annually. In 2017, IT budgets are expected to grow at a healthy 2.4 percent. Forrester Research has placed 2017 growth in the US at upwards of 5%. Credit for this uptick in spending is often given to what's being called a drive toward digital transformation of businesses. What this essentially means is the ability to collect data and analyze all aspects of a business using technology to provide actionable decisions based on the collected information. Basing business decisions on computer models is nothing new. But thanks to breakthroughs in big data, analytics and cloud computing, the accuracy of the intelligence has become incredibly effective at ever-decreasing price points.

Where money is being spent:

In almost every IT spending forecast for 2017, you’ll find two specific areas that businesses are putting the most money into. These are software and cloud computing.  What once was an industry that was defined by purpose-built hardware appliances is now being driven by software alone. The hardware business is becoming increasingly commoditized. A perfect example of this can be seen when you look at Cisco Systems Q4 sales numbers. Cisco is a company that for decades, has pushed a hardware-first approach. Now that software rules the day, the networking giant is attempting to transform itself into a software company. Proof of this can be found in many of their most recent acquisitions such as: AppDynamics, OpenDNS, CliQr and Viptela.

Not only are companies becoming software-focused, they’re increasingly pushing the management of the underlying application infrastructure to cloud service providers. The movement toward a cloud-centric market isn’t shocking as it’s been a trend for well over five years. What may be surprising, however, is that budget spending is expected to continue to escalate at an ever-increasing year-over-year rate. In other words, the cloud is hotter than ever in 2017.

Where money is not being spent:

With the increasing popularity of cloud computing, it’s no wonder, then, that spending for private data center hardware is on the decline. But what is a bit of a surprise is that spending on collaboration hardware and software is fairly stagnant. After all, collaboration is more important than ever, right? While this is true, it’s likely that collaboration budgets aren’t exploding because of the healthy level of competition in the industry. Pricing for enterprise-grade collaboration tools and for voice, video and messaging are at rock bottom prices compared to several years ago. Therefore, companies are getting more bang for their buck in this particular IT spending category.

Aren’t you forgetting something?

One thing you may notice that’s glaringly absent in IT budgetary discussions as of late is the absence of a specific – or at least dwindling budget category focused specifically on information security. It’s not as if enterprise organizations are not spending money on security. In fact, it’s quite the opposite. The primary difference in 2017 is that budget funding for projects such as applications, cloud computing, mobility – and others – are including data security into the planning and implementation phase from the start. In years past, security would have been a separate category to secure apps and infrastructure that was not “baked in”. What this means to me is that IT leaders are finally getting to the point where security is simply included as the cost of doing business.

Andrew has well over a decade of enterprise networking under his belt through his consulting practice, which specializes in enterprise network architectures and datacenter build-outs and prior experience at organizations such as State Farm Insurance, United Airlines and the ... View Full Bio
We welcome your comments on this topic on our social media channels, or [contact us directly] with questions about the site.
Comment  |
Email This  |
Print  |
RSS
More Insights
Webcasts
People Are The Most Important Part of Autonomous SOC
Hybrid Cloud: The Great Balancing Act
More Webcasts
White Papers
Why Add Security to Your Skill Set and How to Do It
The Hidden Security Risks of APIs: How to Protect Your Brand, Business, and Data
More White Papers
Reports
The Malware Threat Landscape
DNS Network Traffic Volumes During the 2020 Pandemic
More Reports
Copyright © 2021 UBM Electronics, A UBM company, All rights reserved. Privacy Policy | Terms of Service