0 comments
Comment Now
Tweet
When you adjust for cost of living, IT workers often earn more money in smaller cities than in major technology hubs.

When deciding whether to relocate to a particular city, IT workers have a lot of factors to consider.

For example, many technology professionals prefer to move to areas where the number of available tech jobs is growing rapidly. That way, even if they lose their current job, they have a good chance of finding another one in the same city. With that concern in mind, InformationWeek recently put together a slideshow that evaluated major metropolitan areas in the U.S. in terms of tech job growth.

Of course, salary is also a major part of the equation for tech professionals considering whether or not to move.

However, salary comparisons can be tricky. Some large technology hubs offer very high salaries, but housing and transportation costs in those areas also tend to be very high. In some cases, the cost of living might be so exorbitant, that it completely negates the effect of earning a larger salary.

To help job seekers make more informed decisions, employment website Indeed.com recently conducted an analysis of Where Tech Salaries Go Furthest. Using data from actual job postings on Indeed.com, the report identified the metropolitan areas that offer the highest average tech salaries, and then it adjusted those salaries based on the cost of living in each city. 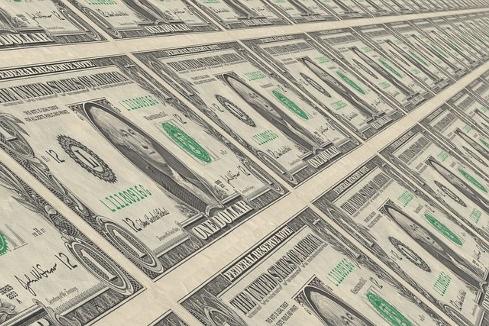 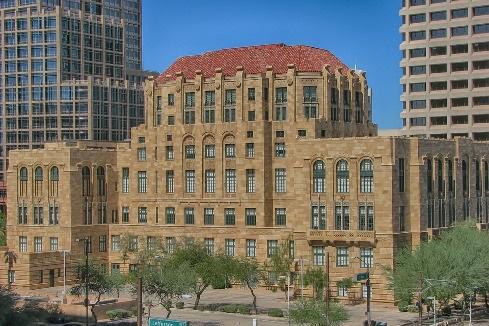 Phoenix didn't make the earlier slideshow of the top ten places for software job growth, but its tech employment numbers are still fairly impressive. According to the CompTIA Cyberstates 2017 report, the Phoenix-Mesa-Scottsdale metro area has 105,120 technology industry jobs, with 10,604 openings available in the fourth quarter of 2016. The warm weather and fairly low cost of living that attract so many seniors to Arizona also appeal to companies that hire a lot of IT professionals. Phoenix employers hiring tech workers include (in no particular order) Wells Fargo, American Express, Career Evolutions, SonSoft Inc., CSL Behring, ITL USA, Amazon.com, Aetna, Honeywell and Banner Health. 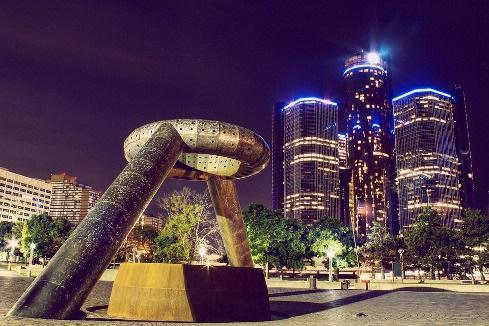 Detroit's extremely low housing prices help tech workers stretch their earnings particularly far; the median home price in the motor city is just $42,600. And this metro area came in number three on the list of areas with the fastest software job growth, thanks in part to auto manufacturers' efforts to integrate more technology into vehicles and attempts to build driverless cars. CompTIA says Detroit had 142,212 tech jobs with 19,661 open positions in the fourth quarter of 2016. And according to Indeed.com, it also is the city that offers the highest average adjusted salaries for product managers — $129,400. Not surprisingly, the companies looking to hire IT workers in Detroit include all the "Big Three" automakers — FCA Group (Fiat Chrysler), General Motors and Ford — as well as Quicken Loans, ASG Renaissance, CSL Behring, ZF TRW, Suneratech, Trinity Health and CSL Plasma.

This southern city is earning a reputation as a tech hotspot, as it was number 10 on the list of cities with the fastest software job growth. According to CompTIA, it had 60,269 tech jobs and 5,385 available IT positions at the end of last year. That might not sound like a lot, but technology accounts for 10.4% of the total workforce in the area. (By comparison, tech workers are 7.7% of Detroit's workforce and just 5.5% of Phoenix's.) The technology industry and the financial sector are well represented in the list of companies looking to hire in Raleigh. That list includes IBM, Credit Suisse, SAS Institute, Deutsche Bank, Verizon, 360 IT Professionals, Piper Companies, BB&T, Extron Electronics and North Carolina State University. 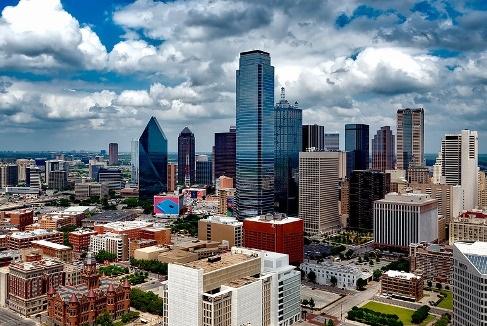 You get what you pay for in this Texas city where the cost of living is about average for the United States. Dallas boasts the seventh fastest software job growth in the country, and it employs an extremely high number of technology workers. According to CompTIA, it had 209,568 tech workers and 21,384 postings for IT jobs at the end of 2016. The Indeed.com report noted that Dallas offers the highest pay of any U.S. city for data scientists ($140,000) and iOS developers ($125,000). Employers hiring tech pros here include Lockheed Martin, JPMorgan Chase, Bank of America, Citi, IBM, SonSoft Inc, Verizon, Capital One, L3 Technologies and ITL USA. 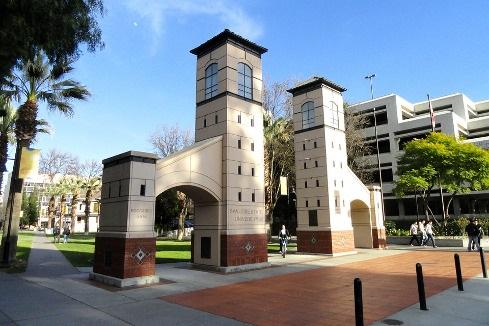 Silicon Valley is known for its high salaries — but also for its high cost of living. Still, even taking into account the fact that the median home price here is a whopping $717,100, technology workers earn good money. In fact, San Jose offers the highest adjusted salaries for Android developers ($130,943) and full-stack developers ($116,841). CompTIA says this metro area (San Jose-Sunnyvale-Santa Clara) has an incredible 310,937 technology industry jobs, comprising 29.6% of the local economy. The list of employers hiring IT workers in the city reads like a list of the biggest brands in the technology industry: Apple, Google, Amazon, Cisco, NVIDIA, Yahoo! Inc., Tesla Motors and others. 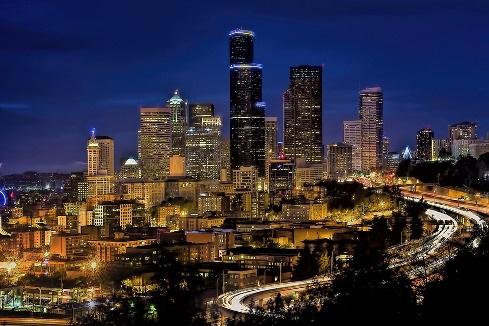 Seattle was the city with the fastest software job growth, and it also offers high salaries, even when adjusted for the cost of living. It isn't quite as expensive as San Jose, but the median home price is still high: $530,900. Last year the metro area had 178,766 tech industry jobs with 13,845 positions available, according to CompTIA. Indeed.com says it’s the best city for back-end developers, who make an average of $143,967, and web developers, who earn around $125,686. Well-known tech employers in the area include Microsoft and Amazon. Other organizations looking to hire IT staff in Seattle include Oracle, Posh Technologies, T-Mobile, Starbucks, Facebook, ITL USA, the University of Washington and Costco Wholesale. 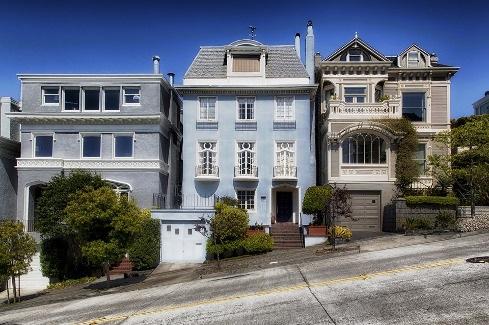 With its proximity to Silicon Valley, San Francisco is another popular spot for technology companies, and this metro area boasted the sixth fastest software job growth in the earlier slideshow. However, with a median home price of $941,400, it's even more expensive than San Jose. Employers compensate by offering high salaries, particularly for IT security specialists ($139,459) and application developers ($121,001). CompTIA reported 262,501 tech jobs in this metro area for 2016, with 23,466 positions available. Employers looking to hire IT folks include Facebook, Oracle, Salesforce, Workday, Uber, Tesla Motors, Twitter, Kaiser Permanente, Visa and Google. 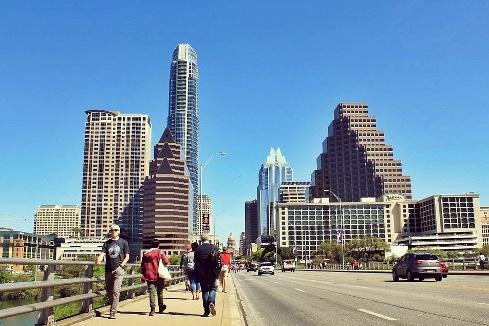 Number five on the list of cities with the fastest growth in software jobs, Austin employed 113,176 technology workers at the end of last year, with 6,908 IT job postings, according to CompTIA data. The Indeed.com report says it is the best city for front-end developers, who earn an average of $115,578. Austin is known for its quirky, artsy culture, and with just under a million residents, many people believe it hits the sweet spot of being not too big or too small. Companies looking to hire technology staff here include Amazon, Visa, IBM, Dell, Charles Schwab, HomeAway, AMD, Apple, University of Texas at Austin and Samsung Electronics. 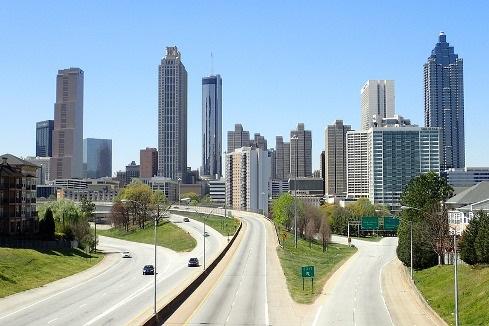 Atlanta may not have a reputation as a tech hub, but CompTIA says it had 155,566 technology jobs and 18,259 positions available at the end of 2016. The low cost of living — the median home price is a reasonable $200,900 — pushed this southern city near the top of this list. Indeed.com says it is the best city in America for database administrator salaries, with an adjusted average of $109,261. There aren't many large tech companies here, but plenty of organizations in other sectors are hiring IT staff. They include The Home Depot, Georgia Tech, SunTrust, Equifax, Anthem, First Data, Turner, Emory University and Honeywell. 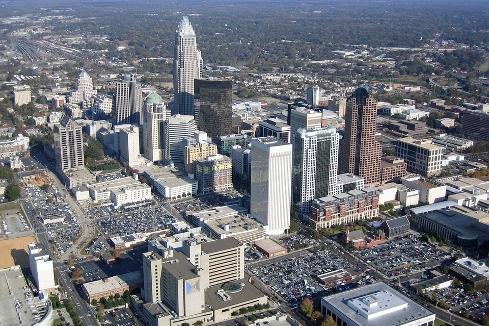 The city where tech salaries go the furthest might be a bit of a surprise to many in the tech industry. Like Atlanta, Charlotte a southern city not known for fast IT job growth, and it isn't home to many tech companies. But Indeed.com says it’s the highest-paying place in the country for network engineers (average salary $117,647). And the median home price here is $188,800, contributing to a very low cost of living that helps stretch tech salary dollars. Companies that hire IT workers here include Wells Fargo, Bank of America, SonSoft, ITL USA, Spectrum, Food Lion, Pike Solutions, AvidXchange, CSL Behring and Novant Health.

Cynthia Harvey is a freelance writer and editor based in the Detroit area. She has been covering the technology industry for more than fifteen years. View Full Bio
We welcome your comments on this topic on our social media channels, or [contact us directly] with questions about the site.
Comment  |
Email This  |
Print  |
RSS
More Insights
Webcasts
How to Effectively Analyze Security Data
5 Steps to Integrate SAST into the DevSecOps Pipeline
More Webcasts
White Papers
5 Reasons You Need Near Real-Time Threat Data
Power Your Business With the Right Azure Strategy
More White Papers
Reports
Global Cloud Proxy Enables VPN Split Tunneling
How Enterprises Are Developing and Maintaining Secure Applications
More Reports
Copyright © 2020 UBM Electronics, A UBM company, All rights reserved. Privacy Policy | Terms of Service