Why IT is in Jeopardy - InformationWeek

Change is the only constant, which IT professionals know all too well. However, as technology changes, their departments must too. Some IT departments are in trouble, big trouble if they don't do something fast. We explain a few reasons why.

Some IT departments are struggling to prove their relevance as the pace of change continues to accelerate. On one hand, they're responsible for their own predicament and on the other hand they're not.

IT has been the master of change. On the other hand, what department wants to be responsible for its own its own demise?  IT as a function isn't dead and it's not going to be dead any time soon. However, IT is changing for good. Here's why:

IT overpromised and under-delivered

Lines of business no longer want to wait for IT. They can't. The competitive pressures are just too great to ignore. But, when something goes wrong with their tech purchases, who do they call?  IT. 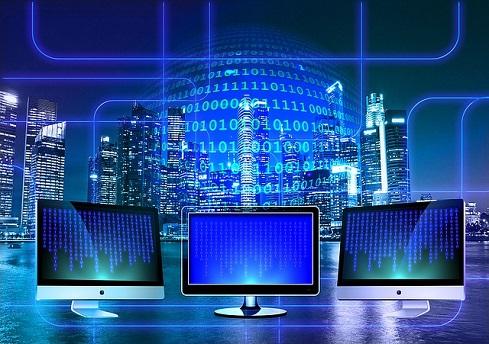 What the business really wants is a dependable, enabling service that delivers what it promises.

Business expectations are too high

IT can't be successful if the business leadership is viewing IT as a cost rather than an investment, which seems a bit strange, given the fact that today's companies depend on technology for survival. Nevertheless, some businesses still have legacy cultural issues to overcome, one of which is realizing how value in their company is actually produced in this day and age.

Worse, even C-level information and technology executives may not be viewed as equals among business leaders, so they're left out of important meetings. Rather than having a partnership between IT and the business, the business may tell IT what it wants when without understanding the entire scope of the problem and how difficult or complex the solution to the problem may be.

"They don't consider that IT leadership can help you decide how you're going to strategically differentiate your business," said Caldwell. "If you don't let them in, you're missing out on a lot of valuable input." 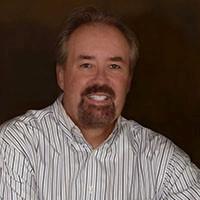 A related issue is budget. If IT isn't given enough budget to be successful, who can pin failures on IT?  Yet, over the past couple of decades IT has been told to do more with less to the point where the model itself breaks down.

IT has enabled its own demise

IT had a specific role to play before the cloud, SaaS and Shadow IT were fashionable. They were the keepers of hardware, software and networks.

"IT brought the wave of innovation in, [and yet,] IT is under the same assault of things they were the perpetrators of," said Greg Arnette, CTO at cloud information archiving company, Sonian. "IT is going through a metamorphosis that reduces the need to have as many in IT as in previous history."

The adoption of cloud architectures and SaaS were fueled by the economic downturn of 2008 and 2009 which forced companies to view IT in terms of operating expenses rather than capital expenses.

"It was a perfect storm," said Arnette. "Shadow IT was driven by business unit managers frustrated with their IT departments [so they] used their credit cards to sign up for Salesforce.com or go buy ZenDesk or any of these popular SaaS apps that have become the new back office systems for most companies."

Never mind who purchased what with which purchasing method -- purchase order or credit card -- when things go wrong, it's IT's job is to fix it. That's one way to provide the business with services, but probably not the model IT had in mind.

The CIO/CTO role is changing

There are plenty of CIOs and CTOs, but some of them are being moved into new roles such as Chief Data Officer, Chief Analytics Officer or Chief Innovation Officer. Whether these roles are a reflection of The Brave New World or whether they're ultimately too narrow is a debatable point.

"It's not such a focus on information. It's now analytics, data wrangling and a focus on innovation as a key way IT can help customers do more," said Arnette. "I think that's where IT will come back, but it won't be the same type of IT department."

Indeed. Traditional hardware and enterprise software management are being usurped by IaaS and SaaS alternatives. It's true that a lot of companies have hybrid strategies that combine their own systems with virtualized equivalents and that some companies are managing all of their own technology, but the economics of the virtual world (when managed responsibly) are too attractive to ignore over the long term.

Caldwell will be explaining what IT and business leaders need to know about IT's evolution at Interop ITX. His session, entitled, "Leading Your IT Team from Chao to Competence" will take place Thursday, May 18 at the MGM Grand in Las Vegas.

Lisa Morgan is a freelance writer who covers big data and BI for InformationWeek. She has contributed articles, reports, and other types of content to various publications and sites ranging from SD Times to the Economist Intelligent Unit. Frequent areas of coverage include ... View Full Bio
We welcome your comments on this topic on our social media channels, or [contact us directly] with questions about the site.
Comment  |
Email This  |
Print  |
RSS
More Insights
Webcasts
Building Asset Management into Your Enterprise Security Strategy
Advancing the Hybrid Cloud & App Modernization Journey with IBM
More Webcasts
White Papers
Annual Cybercrime Report
5 Steps to Perimeter-Less Security: Adopting a Zero-Trust Model
More White Papers
Reports
We Need Your Input: Trends in Workforce Optimization
Building the SOC of the Future
More Reports