10 comments
Comment Now
Looking to work for a tech company that offers a lucrative salary? Here's a cheat sheet based on Glassdoor's list of the highest paying US tech companies in 2016. 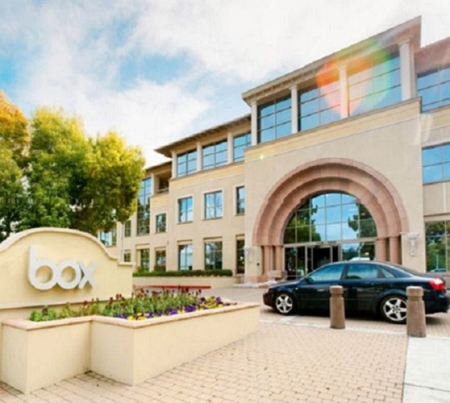 Flush with cash after its IPO last year, it may not be surprising the company can afford IT salaries on the higher end of the bar. Additionally, the company's full-year revenue grew 40% to $303 million over the previous year, according to a TechCrunch report.

Cost of living is one thing and clealy not taken into consideratin in this survey.  These are also IT jobs not developer, senior engneers, etc. Lumping everything related to technology into a single category means they should alsoincude marketing, sales, accounting, etc.  Studies can twist data into any format they choose. The only way to do an apples to apples comparison is with a job decription, cost of living, and quality of life factor.
Reply  |  Post Message  |  Messages List  |  Start a Board

Today companies are very mobile, they move to wherever they get lower tax deals.  That's how businesses can move to many high tax states and still pay less tax.  The whole point is this translate to high paying jobs paying higher income taxes.

Many companies are busy outsourcing and hiring remote workers and pay the market rate salary for a remote worker which is usually 20-40% below a local FT worker.

Companies will do whatever it takes to pay less for everything.

@cEricL: I can assure you that it's not much better in Boston.

Meanwhile, those who live outside of the northeast and outside of LA and the Bay Area are completely baffled that we're willing to pay this much money.
Reply  |  Post Message  |  Messages List  |  Start a Board

@Joe - hahahaha touche' but you see how that doesn't make sense for the company to promote that - it should be a premium they should be more than willing to pay to keep the business up and running.
Reply  |  Post Message  |  Messages List  |  Start a Board

> When something goes wrong, just guess who is the only one who can do something about it day or night?  The person who lives 2 hours away?  Uh - no.

I think so @jastroff - for those companies who say they gather salary data, the problem is they use aggregate numbers covering areas are too economically diverse (yet close geographically) that they fail to create an accurate depiction.
Reply  |  Post Message  |  Messages List  |  Start a Board

It's odd that in this "day and age" a company doesn't adjust for cost of living re: geography when it decides salaries, etc?
Reply  |  Post Message  |  Messages List  |  Start a Board

@Joe - How is it that the relativity of salary or wages are still completely ignored like this?

I live in Southern California, my company is headquartered in Missouri - guess who sets budget for salaries?  People who haven't a clue about the reality of the difference in cost of living.

Everything is relative.  The problem is people hear a "big" number and it sounds like a lot of money.  But what matters is what you get to keep.

I live 5 minutes away from my work - I hate it when people say things like, well you could move where it is more affordable.  Why?   If a company can "afford" to live there, they should be willing to compensate their workers enough to "live" there as well.   I work with people who drive 2+ hours to get here - to me, that's insane.  Companies should WANT you live there them - especially in IT.  When something goes wrong, just guess who is the only one who can do something about it day or night?  The person who lives 2 hours away?  Uh - no.
Reply  |  Post Message  |  Messages List  |  Start a Board

What's missing from this analysis is that these are all Bay-Area cities -- and, as such, to live and work at any of those HQs (Wal-Mart eCommerce, even -- which, unlike its parent in Bentonville, AR, is located in San Bruno, CA) you've got one of the highest costs of living in the country.

I wonder what a top-ten would look like adjusted for cost of living.  I'm betting we'd see companies like Dell and possibly a few genuine surprises up there.
Reply  |  Post Message  |  Messages List  |  Start a Board
Editors' Choice
Hot Topics