Too Old To Earn Big In IT? - InformationWeek

50%
Tweet
If you're feeling like your IT career has passed its 'sell by' date, you're not alone, according to the results of our latest flash poll.

When we asked in a recent flash poll if you've witnessed age discrimination in IT, we never imagined that nearly 70% of you would respond with a resounding "Yes."

Before we delve into this topic, let's define age discrimination.

According to the US Equal Employment Opportunity Commission (EEOC), "Age discrimination involves treating someone (an applicant or employee) less favorably because of his age." (For more on age discrimination laws outside the US, click here.)

The US federal Age Discrimination in Employment Act applies to people age 40 or older. Those younger than 40 aren't protected by federal age discrimination law, though state laws vary. The federal law "forbids discrimination when it comes to any aspect of employment, including hiring, firing, pay, job assignments, promotions, layoff, training, fringe benefits, and any other term or condition of employment." It's also illegal to harass someone age 40 or older because of his or her age, according to the EEOC, which clarifies:

Although the law doesn't prohibit simple teasing, offhand comments, or isolated incidents that aren't very serious, harassment is illegal when it is so frequent or severe that it creates a hostile or offensive work environment or when it results in an adverse employment decision (such as the victim being fired or demoted). The harasser can be the victim's supervisor, a supervisor in another area, a co-worker, or someone who is not an employee of the employer, such as a client or customer.

Let's look at our flash poll responses again in light of those definitions of age discrimination: 263 of the respondents said that not only have they witnessed age discrimination IT, they have experienced it firsthand. 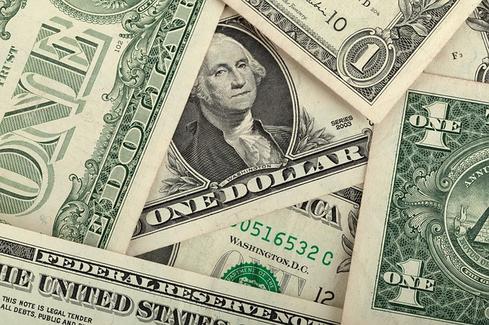 How is age discrimination manifesting itself in IT?

The 2014 InformationWeek Salary Survey, which received more than 11,000 responses from IT staffers and managers, shows that median base IT salaries peak at around age 46 before flattening out for staffers and declining 3.36% for managers.

Table 1: What is your annual base salary?

We already know that plenty of you are dissatisfied with your salary. Can we view the above salary plateau as an indication of ageism in IT, and yet another reason to be unhappy with your compensation? Are the steep increases in compensation early in one's earning years a normal part of the career trajectory? Should we accept that these increases ought to get smaller as one grows older and climbs the career ladder, simply because it's financially impossible for an organization not to contain salaries to a certain level overall?

@ANON: I'm sorry for your experiences, what you went through is similar to stories I have heard from other workers "of a certain age."

I had a recruiter awhile back who was talking to me about a position for which my experiences and skills ticked all the right boxes but also made me "pricey"--truly astonishing to be told such a thing after you've invested so much in building your career and creating that valuable experience.

Did not know about the military service catch--that's pretty egregious as well.

the other missing bit in the stats is that they don't really account for those who have decided to leave the workforce. I would wager that many people 50+ just give up and either try to cobble together their own freelance/consulting gigs or are forced into retiring before they're ready. that's hard to prove, but anecdotally I've a feeling those numbers are fairly large.

With all due respect, it is scenarios such as I am about to elaborate upon, that - in my humble opinion - is at the root of the problem.

In reference to a recent phone interview with an "IT Recruiter from a Top-Tier NYC-based Financial Firm", not only did this young lady state during the interview that I'd be "an expensive hire" (her precise and exact words) due to the breadth and depth of my responsibilities, she added insult to injury, expressing that she couldn't – and I repeat – SHE ..COULDN'T .."Google"... half the companies I worked for.

When your resume is being read by individuals whose career
basically began whilst the individual the resume represents was
15 to 25 years into it,how - in good conscience - can a
"seasoned and experienced" (50+ yrs old) IT Professional
hope to get his/her foot back in the door?

Keep in mind, that, during the dot-com bust, 9/11, and the recent Recession, a significant majority of IT Professionals who were affected were close to 20 years into their careers, while those who are now reading their Resumes were either just clearing High School, or at the least, graduating from College.

Furthermore, the "sham" that has been perpretrated over the years to "re-tool" or - as the underlying phrase is expressed -"dumb-down" your Resume, such that you don't "intimidate" those who are reading it, goes back to my earlier point.

As a Veteran (USAF), I've notiiced when you file an application via ATS, and one of the options about "Military Service" indicates "Other Protected Veteran"; that field "relays" the following:

With measures of this scope beiing exercised as of late, you begin to wonder why the ratio of "employed" to "unemployed" exists as it does for IT Pros that are 50+ .
Reply  |  Post Message  |  Messages List  |  Start a Board

@SunitaTO: "If there are regular exams conducted for such IT staff (around 40 years or older) to prove that they are above the IT staff of 25 years of age, then this problem won?t exist."

This is an outsanding idea and truly would bring us back to remembering that business should function as a meritocracy, not some corporate version of Lord of the Flies.
Reply  |  Post Message  |  Messages List  |  Start a Board

@kstaron: That's grim. I hadn't considered that angle, and it defeinitely helps explain the pay plateau. So  many people of near retirement age had their investments hammered in the last recesssion. I have a friend in her 60s who says things are so bad, she is going to have to work from beyond the grave...
Reply  |  Post Message  |  Messages List  |  Start a Board

@SaneIT: Yep, it's a real issue and the more I explore the topic the more intrigued I become at how these personality traits affect people's ability to collaborate in the workplace. The best case scenario has people of both types who understand and respect one other and can work in a way that is complementary instead of judgmental or combative.
Reply  |  Post Message  |  Messages List  |  Start a Board

@Technocrati: It is a sobering reminder of how little control we really have when it comes to our own public profiles online. While it's also always been an issue that media will make headlines out of a lawsuit and then put the actual verdict way in the back in a tiny article, the amount of damage that can do to someone's reputation is just orders of magnitude greater.

I'm glad Europe is taking a stand...and I'm glad your boss's Google search of your name turned out to be worry free.

@impactnow:  Some people have all the luck. This plateau you are talking about exists in the Silicon Valley and adjacent areas. But in other countries we see many benefits offered to the employee like increased retirement age, health benefits and right to sick leave. Do you think the same format of employee employer relationship must be adopted by Silicon Valley companies?
Reply  |  Post Message  |  Messages List  |  Start a Board

This is a very serious problem for those IT staff that has to rely on a number of qualifications to be eligible for a high paying job as an IT staff. They qualify at around the age of 26 to 27 (with at least 2 years of work experience) and their salary median thins out just after the peak at 44 years, which is gravely unsatisfactory. Mark Zuckerberg earlier said that he prefers young coders as opposed to experienced programmers which makes us think that middle aged people with experience have no value in the IT industry, which is not the case. Skills increase with age and experience, and if there are regular exams conducted for such IT staff (around 40 years or older) to prove that they are above the IT staff of 25 years of age, then this problem won?t exist.
Reply  |  Post Message  |  Messages List  |  Start a Board

One thing to consider in pay raise slow down is that the typical "big" raises come with promotions. And with the economic slowdown many baby boomers aren't retiring, so the 40 something's can't move up, resulting in a celing for promotions. I know of a manager that actually told one of their IT employees he might be able to get a pormotion after someone died, becasue no one was retiring.
Reply  |  Post Message  |  Messages List  |  Start a Board

@Susan, that's a really good point, the extroverts do tend to be the ones who get the push to the top but I've seen lower key individuals make it too.  I've run into issues with people calling me unapproachable or scary because I'm not an extrovert but people assume I am so they put personality traits to my actions that don't mesh.
Reply  |  Post Message  |  Messages List  |  Start a Board
Page 1 / 7   >   >>
Editors' Choice
Hot Topics