50%
Tweet
Microsoft's latest diversity report counts fewer women due to layoffs related to the restructuring of its phone business earlier this year.

This year Microsoft has tried to prove it's at the forefront of technology, but the company is moving backwards in terms of workplace diversity. Redmond is more male, and slightly more ethnically diverse, than it was in 2014.

Gwen Houston, Microsoft's general manager of diversity and inclusion, pointed to massive corporate layoffs as the main cause behind the decline in female employee numbers.

In July 2015, CEO Satya Nadella decided to restructure the phone business so smartphones would play a smaller part in the larger Microsoft ecosystem. The reorganization resulted in 7,800 layoffs, most of which were related to Microsoft's acquisition of Nokia one year prior.

"The workforce reductions resulting from the restructure of our phone hardware business impacted factory and production facilities outside the U.S. that produce handsets and hardware, and a higher percentage of those jobs were held by women," wrote Houston in a blog post.

There may have been more women working in factory and production in the hardware business, but the data shows a decrease in the amount of women in technical, non-technical, retail, and factory roles at Microsoft. In 2014, for example, women held 17.1% of tech positions; in 2015 they held 16.9%.

While the layoffs were part of a "strategic business decision made in the longer-term interests of the company," Houston emphasized Microsoft is "not satisfied" with the current representation of women in its workforce.

Aside from the overall decline, there is some positive news to report. The percentage of women on Microsoft's senior leadership team is at an all-time high of 27%. Pending shareholder approval in December, five of the eleven positions on Microsoft's board of directors will be held by women or ethnic minorities.

Speaking of ethnic diversity, those numbers are slightly better. In the US, Microsoft reports "modest year-over-year increases" in almost all racial and ethnic categories (including employees identified as African-American, Asian, Hispanic, and multi-racial). 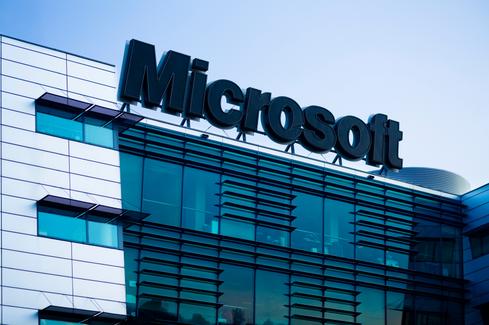 Houston explained that current hiring efforts are poised to make a positive difference for Microsoft's diversity in the years to come.

Around the globe, 30.6% of all incoming college graduates are women, an increase from 27.7% in 2014. The number of women being hired in technical and engineering roles from universities is at 26.1%, up from 23.7% the previous year.

It should be noted Microsoft is not the only tech company ramping up its efforts to become more diverse.

Earlier this year, both Apple and Intel shared their diversity data and plans for the future. At the time of the August report, Apple boasted hiring more than 11,000 women in a 12-month time period. Intel is reported surpassing its 2015 diversity goals and diversifying its leadership team.

Despite progress, Apple CEO Tim Cook noted, "There is a lot more work to be done." Intel described more specific plans: The company has implemented a five-year program to shape its employee demographics so that they reflect the US workforce representation by 2020.

Kelly Sheridan is the Staff Editor at Dark Reading, where she focuses on cybersecurity news and analysis. She is a business technology journalist who previously reported for InformationWeek, where she covered Microsoft, and Insurance & Technology, where she covered financial ... View Full Bio
We welcome your comments on this topic on our social media channels, or [contact us directly] with questions about the site.
Comment  |
Email This  |
Print  |
RSS
More Insights
Webcasts
Chatbots for the Enterprise
5 Steps to Integrate SAST into the DevSecOps Pipeline
More Webcasts
White Papers
5 Reasons You Need Near Real-Time Threat Data
The Insider's Guide to IP Geolocation Data
More White Papers
Reports
AI-Augmented Attacks and the Battle of the Algorithms
Apex Report: Global Cyber Infection
More Reports


@SunitaT0     I agree.  It is depressing to note the number of females in engineering.  Maybe we are still fighting the cultural issues of the role of women versus men.


I see this changing, though I don't see it changing fast enough.   Do women feel being an engineer is not feminine enough ?


Of course I don't know, but regardless companies should make the effort to bring in and encourage more women to enter the field.


Engineering could use some fresh ideas and perspective.

That is very key thing to know, why engineering does not attrack a lot of women.  Why do you thing Sunita?  in the U.S there is a lot of push ,but numbers continue to be in the single digits.  I assume that it doesn't fit with their personality and goals. Does that mean that the engineering field must change to make it more suitable for their unique personalities.

@technocrati: although I believe that companies should hire the ones fit for the job and not be biased to any group, I also believe that there should be atleast 40 percent women in the workforce. It's really saddening that engineering does not attract women, only because of this sparse population density in companies.
Reply  |  Post Message  |  Messages List  |  Start a Board


Well I am glad MS is making a small improvement in African-American leadership hires.  Still nothing to write home about but at least the figure moved slightly higher and that goes for minorities in general.


The drop in female employees is worrisome but I have more confidence in this group's ability to bounce back, as opposed to other groups that have never been there to bounce back from.


As for Apple,  it would be nice if Tim would give us an update, I am sure he is busy with something obviously more important - like the company stock price.