During the Information Technology and Innovation Foundation panel in Philadelphia, Facebook, Amazon, and Microsoft representatives issued another call to action for increased STEM funding and for revisions to the nation's immigration policy.

Microsoft, Amazon, and Facebook Wednesday challenged the next White House administration to increase STEM education funding and reform immigration policy during an Information Technology and Innovation Foundation panel in Philadelphia as part of a Democratic National Convention public policy forum.

Representatives from the tech companies expressed the challenges faced in finding enough qualified IT professionals and how it sets the nation up for losing its stature as a technology leader, according to a CNET report.

"This is no longer a Microsoft, Facebook or Amazon issue," Microsoft's chief legal officer Brad Smith is quoted in CNET. "Companies are only as good as the people we hire." 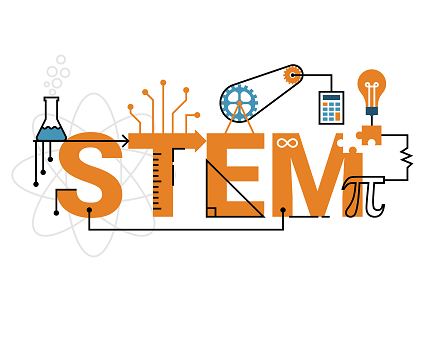 The three tech giants are no strangers to advocating for science, technology, engineering and mathematics (STEM) education funding. The companies, along with other industry behemoths including IBM, Google, Twitter, and Dropbox are members of the Computer Science Education Coalition, which formed earlier this year and called on Congress to invest $250 million in K-12 computer science education.

The coalition has put in a lot of effort. In April, it helped organize a private donation of $48 million from a number of its members to improve access to computer science. Earlier this month, Facebook stepped in with a $15 million pledge to Code.org, which will use it to increase diversity in K-12 computer science classes, according to a GeekWire report.

There are over 600,000 computing jobs that are currently unfilled, yet the nation's universities only graduate 43,000 computer science students each year, according to the coalition. In order to establish a healthy pipeline of potential IT college graduates, the coalition says it wants lawmakers to approve funding.

At the start of the year, President Obama announced his Computer Science for All initiative, in which the White House calls for:

In a move also meant to address a shortage in IT professionals, the companies speaking on the industry panel also pointed to the need for immigration reform to bring in more skilled workers from other countries.

The panelists, according to CNET, challenged lawmakers to allow foreigners who come to the US to get their college education to have the ability to remain in the country after they receive their degrees.

Dawn Kawamoto is an Associate Editor for Dark Reading, where she covers cybersecurity news and trends. She is an award-winning journalist who has written and edited technology, management, leadership, career, finance, and innovation stories for such publications as CNET's ... View Full Bio
We welcome your comments on this topic on our social media channels, or [contact us directly] with questions about the site.
Comment  |
Email This  |
Print  |
RSS
More Insights
Webcasts
Detecting and Preventing Insider Data Leaks
People Are The Most Important Part of Autonomous SOC
More Webcasts
White Papers
Why Add Security to Your Skill Set and How to Do It
Don't Let the Past Obstruct Your Zero-Trust Future
More White Papers
Reports
2021 Top Enterprise IT Trends - Network Computing
How IT Security Organizations are Attacking the Cybersecurity Problem
More Reports

I totally agree with this comment.  Tech companies know what their skill level requirements are and need to be more involved in the education system to ensure the proper skills are being taught.  Increased involvement in STEM programs is a must.  The only involvement needed by government is to ensure tax breaks for all corporations investing in the skilled labor needed to run their businesses.  It used to be that companies investing in education for the skills desired, also had a higher employee retention rate.  More H1B visas are not the answer. In house training of existing skilled labor will give more ROI than hiring and retraining new employees.  There is a large, skilled labor pool already ready and willing to work.  Use them...
Reply  |  Post Message  |  Messages List  |  Start a Board

Check out Michelle Malkin and John Miano's book - Sold Out - a review of the tech industry push to hire foreign tech workers, loaded with stats and facts.

I also have to wonder why this Tech Panel met at the DNC for a meeting on the next Administration?  Did they host the same meeting at the RNC?  Or they hedging their bets that they can only work with the Dems to committ to their plans to hire more foreign tech workers.
Reply  |  Post Message  |  Messages List  |  Start a Board

So, I have to wonder ... out of the over '600,000 computing jobs that are currently unfilled', that the big tech companies claim they need, how many tech workers who are out of work have they RETRAINED to the newer technologies.  Seasoned tech workers who are skilled, experience, but have deadended on software and applications that are no longer popular; these tech workers are ready, willing and eager to learn new skills but would be required to take on expensive private software classes or return to universities for the newest skill sets.

??When will these big tech companies see that they have a skilled labor force right under their noses, if they would just take the time and funding to retrain them to the newest toys?? Perhaps US government would grant them tax breaks for each employee retrained.
Reply  |  Post Message  |  Messages List  |  Start a Board

While complaining they are short of talent they all kick thousands of employees to the curb while spending millions on boni for managers. What Microsoft, Amazon, and Facebook really mean is that they want the government to pay for all the training expenses, provide tax breaks, and allow low wage workers in so that the manager boni can grow even larger.

I'm fine if the government provides over 4 billion in funding, but then the screaming conpanies should match that without strings attached.
Reply  |  Post Message  |  Messages List  |  Start a Board
Editors' Choice
Hot Topics