Managing Gen Z: A Primer For IT Managers - InformationWeek

Having grown up amid crises and technologically accelerated change, the second-wave of Millennials -- or Gen Z -- that's entering the workforce has different expectations and needs than people who came before them. Here are some tips on how IT managers can support and direct this new generation of workers. 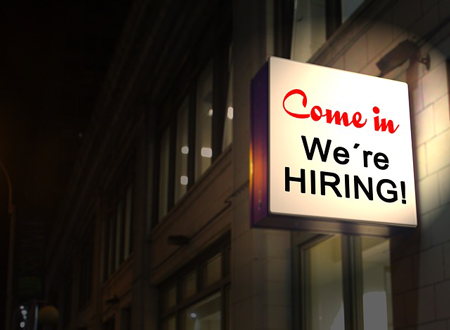 Generation Z is entering the workforce and, by many accounts, they're different from people who came before.

Bruce Tulgan, founder of management research, training, and consulting firm RainmakerThinking, argues that Gen Z workers require high-maintenance management. For IT managers dealing with these younger employees, that may mean some adjustment.

The definition of Gen Z varies. Tulgan considers the second-wave of Millennials, those born between 1990 and 2000, to be Gen Z. Others apply the label to those born between 1996 and 2010. But the specific boundaries don't matter as much as the social, political, cultural, and economic events that influenced those who came of age in recent years.

Sparks & Honey, a New York-based advertising agency, published a report last year on Gen Z. The report says that Gen Z workers have been shaped by instability, in the form of terrorism around the globe, the financial meltdown of 2008, and the effect those events had on their families. Such instability has shaped their career aspirations and paths, making them non-linear.

"[T]he second-wave Millennials (Gen Z) were children of the war and uncertainty of the first decade of the 2000s," Tulgan said in an email. "By now, all Millennials have been indelibly shaped by the 2000s and 2010s -- an era of profound change and perpetual anxiety."

The Sparks & Honey report notes that 60% of Gen Z workers expect to have multiple careers by age 30. Much has been made about the vanished conceit of cradle-to-grave employment among workers who grew up expecting companies to return their loyalty. Among Gen Z, whatever loyalty exists to a company exists alongside entrepreneurial proclivities and willingness to look elsewhere for advancement.

Tulgan says that while Gen Z is dealing with the same global trends as other workers -- technological disruption, a lack of job security, the accelerating pace of everything, globalization, and greater diversity in the workplace -- the group in some ways represents a new breed of worker.

"They are totally plugged in -- through social media, search engines, and instant messaging -- to each other, as well as anyone and everyone, and an infinite array of answers to any question at any time," said Tulgan. "As a result, most Gen Zers grew up way too fast. That's why they seem so precocious."

Managers, says Tulgan, often ask him why Gen Z workers seem so immature. The answer, he says, is helicopter parenting.

"Relationship boundaries have been blurred for Gen Zers, because they've grown accustomed to being treated almost as customers/users of services and products provided by institutions and authority figures," said Tulgan.

"Parents and their parenting-posses (relatives, friends, teachers, coaches, counselors, doctors, and vendors in every realm) are mobilized to supervise and support the every move of children, validate their differences, excuse (or medicate) their weaknesses, and set them up with every material advantage possible."

As a result, Tulgan says, those who make up Gen Z have high expectations for themselves and for their employers. "And yet, they are more likely to disagree openly with employers' missions, policies, and decisions and challenge employment conditions and established reward systems," he said. "They are less obedient to employers' rules and supervisors' instructions."

Tulgan says that that in China, where the country's one-child policy magnified the attention lavished on the young, the attitude of entitlement is sometimes referred to as "Little Emperor Syndrome." Generation Z, he said, can be seen as "a rising global generation of 'little emperors,' each seeking to build his/her own 'personal brand.'"

Read on to see how such workers can be supported and directed to help their companies.

How do you characterize Gen Z? -Susan
Reply  |  Post Message  |  Messages List  |  Start a Board
InformationWeek Is Getting an Upgrade!