IT Jobs: Which States Show Most Growth? - InformationWeek

Texas leads in technology job growth in 2014, according to new hiring data, with Florida, North Carolina, Oregon, and Washington rounding out the top five.

Everything is bigger in Texas -- even IT job growth.

The second-largest state in the union by both population (where it's second to California) and land mass (second to Alaska) posted the biggest percentage gain in new technology-related jobs during the first six months of 2014, based on Bureau of Labor Statistics (BLS) data. The Lone Star State added 8,100 positions from January through June, bringing its combined IT payrolls to 143,000 people, a 6% increase.

Florida, North Carolina, Oregon, and Washington round out the top five states for IT job growth in Dice's August jobs report, which based its rankings on the new BLS numbers.

"There's widespread [IT job] growth, and lots and lots of states and cities are participating in this growth," Dice president Shravan Goli said in an interview.

[Let your code land you your next gig. Read IT Careers: Open Source, Open Resume.]

There are a few fundamentals driving both overall and state-specific increases in IT hiring, according to Goli. One is simply that the economy, though not necessarily dazzling its spectators, has steadily climbed its way out of the post-financial-crisis murk. That has given a jolt to hiring in states with established tech hubs -- like Texas -- that had suffered during the economic downturn. Goli cited Texas as one of the first states to return to pre-recession levels in terms of hiring activity on Dice. This factor can be seen in other states on the top-five list that have growing technology centers, such as Washington and North Carolina.

There have been some state-specific catalysts for IT hiring, such as Florida's attempts to expand its IT workforce through initiatives like techCAMP. Such efforts appear to be getting results: The state added almost as many IT jobs (4,100) in the first half of 2014 as it did in all of 2013.

"Florida is making a concerted effort to focus on growing its tech workforce by creating programs that reach into even early stages in high schools and middle schools," Goli said. Florida is not alone in its approach. "Each state is finding their way of attracting startups and established companies through programs that support and grow technology skills and create technology professionals."

The most recent federal jobs data is generally good news for IT job hunters nationwide: US employers added roughly 11,000 positions in July alone across four IT-relevant categories tracked by the BLS. The research firm Foote Partners noted that, though this trails the growth rate of the previous three months, it's an improvement from 2013 hiring, when employers added 8,967 IT jobs in the same month. 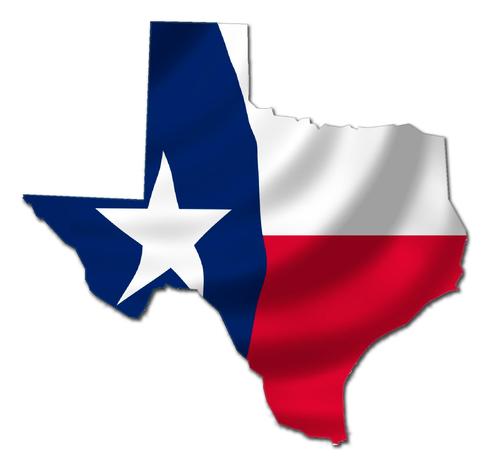 Another factor -- and perhaps the most powerful one -- fueling recent jobs growth around the country is IT expansion in industries other than technology itself.

"One of the bigger trends that is driving this growth, in my opinion, is that technology as a way of doing business has become a lot more pervasive," Dice's Goli said, listing sectors like retail, finance, and energy as examples. "All kinds of different companies are leveraging technology, especially as you think about big data, mobile, social, cloud, security -- all of these have given rise to new consumer and business touch-points and new opportunities [for companies] to grow their business."

This jives with a recent CEB report that predicts IT job creation in the tech industry itself will flatline or decline during the next several years, while IT payrolls will grow during the same timeframe in industries such as manufacturing, automotive, and retail.

That's already at least partially on display in Texas. Dice's Goli pointed to the oil and gas industry generating new IT jobs in Houston, a city not necessarily known as a tech hub, as one example. Even in traditional IT hotspots like Austin, new gigs aren't opening just at startups and established technology companies. Union Pacific Railroad is advertising an opening for a Java developer, for instance. Similarly, the utility company Austin Energy is hiring an IT Solutions Architect and other positions.

"The bigger driving force [behind IT jobs growth] is the pervasiveness of the requirement for technology professionals across a range of industries," Goli said. That's good news, in his view, because industry diversity better insulates IT pros from the vagaries of technology bubbles, such as the first dot-com boom, created by hungry investors and other factors. "There's a lot more buffer, as a result, if something [negative] were to happen."

Kevin Casey is a writer based in North Carolina who writes about technology for small and mid-size businesses. View Full Bio
We welcome your comments on this topic on our social media channels, or [contact us directly] with questions about the site.
Comment  |
Email This  |
Print  |
RSS
More Insights
Webcasts
Defense and Response Against Insider Threats & User Errors
The Pesky Password Problem: Policies That Help You Gain the Upper Hand on the Bad Guys
More Webcasts
White Papers
The Protector's Guide
Information Management: A New Hope
More White Papers
Reports
The State of Cloud Computing - Fall 2020
Annual Global State of the WAN
More Reports

I think the US economy is still in worse shape than they are letting on. When they talk about added jobs in the monthly reports being positive, they do not talk about the fact that these are mostly part time retail jobs. Many folks are working below their capabilities because the jobs have disappeared. The business climate in this country is not good because of what is going down in Washington. Hopefully when the politicians change, so will the climate.
Reply  |  Post Message  |  Messages List  |  Start a Board

Lack of a personal income tax in Florida is a big benefit -- like getting a raise, even if your salary remains the same when you relocate. In Brevard and Orange Counties, Florida, we're seeing a lot of companies open or expand offices, and pay salaries similar to those in the northeast or west. Despite the lower cost of living and lack of tax, businesses like Harris, Embrauer, and others recognize they must pay competitively for their industry in order to attract talented engineers and technologists. Simply having a high salary comparative to Florida doesn't work for many of these professionals, who are unwilling to take a real salary cut despite the difference in living expenses. There are added benefits: Florida's pre-paid college tuition program locks in rates so residents can pay for their kids' college long before they graduate high school, for example. (We love this program!)
Reply  |  Post Message  |  Messages List  |  Start a Board


@Kevin   Thank you for your insight.   As an engineer who is seriously contemplating a "change of scene"  the advice along this thread has been invaluable.


I think I have a couple of road trips to make, but this discussion has been really helpful in considering all of the aspects ( or at least most of the important ones) with regard to relocation to "hot tech areas".


No Income tax ?   I forgot about that - and that is a major consideration to be sure. Many elements to consider and thanks again for bring them up.

I think the cost-of-living difference between some of the states on the list (no state income tax in Texas and Florida, for example, as someone else noted previously here) and the Bay Area or NYC is a big lure for some people, and it should be part of the recruiting pitch for IT employers when applicable. As someone who relocated to North Carolina after living in Los Angeles and San Francisco, I can attest: the price difference, especially for housing, is a big as advertised.
Reply  |  Post Message  |  Messages List  |  Start a Board


@Laurianee   Excellent point, sounds like the place to go if you want to get some real Big Data experience.   Texas is full of opportunity it appears.


@Alison_Diana    Thanks for letting us know what is going  on in Florida.   I have vacationed in the state once - and still remember the heat and humidity.  Did the Tampa to St. Petersberg trip.


The heat and humidity is not necessarily a bad thing - but not for the squeamish. : )


@TerryB    Thanks for the insight.   I am in L.A. now so I guess I would be use to the traffic.   And for the record I have nothing against partying or Stevie Ray Vaugh.   I will have to go on a road trip and check things out.

Dell is headquarted in Round Rock, a suburb of Austin. IBM has huge presence there, as does HP. Univ of Texas is no longer the only game in town.

But you people are missing a big item if considering moving to Texas: You better love traffic. Dallas/Fort Worth, Houston, Austin and San Antonio are all an adventure. And I'm talking just trying to get somewhere on Interstates.

But that said, Austin is one of my favorite cities in country. Long live 6th street, the home of the late Stevie Ray Vaughn.
Reply  |  Post Message  |  Messages List  |  Start a Board


From an operational perspective the cost of living in the rising states has got to be attractive for those that can't afford to live in Silicon Valley or NYC. The issue in recruiting has to be whether the best and brightest would be interested in living in one of these non-traditional tech hot spots.

This list shows a good diversity of options, far from Silicon Valley where housing has become such a dilemma. I know our columnist Jonathan Feldman is a big fan of the North Carolina tech community. As for Texas, those energy companies will need a slew of data pros for years to come. If I were in big data analysis, that would be a good place to try and shine.
Reply  |  Post Message  |  Messages List  |  Start a Board
Page 1 / 3   >   >>
Editors' Choice
Hot Topics