Don't trash the traditional resume just yet, but developers who contribute to open source projects may find their code becomes their best career-boosting tool.

How's this for some IT humor: What do you call a Linux volunteer who just contributed his or her sixth patch to the Linux kernel?

Get it? Allow Linux Foundation fellow Greg Kroah-Hartman to explain: "The 'joke' is that no one contributes more than five patches to the kernel as an amateur, because after that, you normally get a job offer. It's not a joke, as I've seen it happen numerous times."

It may be one of the overlooked upsides for IT professionals who get seriously involved with open source projects and communities: For all of the collaborative, populist spirit at the heart of open source, self-interest has its place, too. Developers in particular can turn their uncompensated open source work into a more powerful professional calling card than any traditional resume or other job-hunting tool.

Bikas Saha, a technical staff member at Hortonworks who's also active in the Apache Software Foundation, where projects include Hadoop and other open source platforms, thinks of this as the "open resume," where a mix of source code and community reputation becomes as critical as any LinkedIn profile or standard resume.

"Your contributions are out there for anyone to see," he says in an interview. "We know exactly what you did and what the quality of that work was."

[Looking to land an IT gig? Focus on non-tech industries, suggests new research. Read Where The IT Jobs Aren't: Tech.]

He doesn't go so far as to say the open resume concept should replace traditional resumes or LinkedIn profiles altogether. Nor would a previous lack of open source involvement hurt a qualified candidate's standing at Hortonworks. Saha himself didn't get involved with Apache until after he left Microsoft to join Hortonworks in 2011. But strong open source contributions can work on behalf of your career even when you're not actually looking for a job -- which can actually be the best time to be looking for a job.

Kroah-Hartman, who has helped hire developers with Linux kernel skills for companies like IBM and Novell (which acquired the Linux enterprise distro SUSE in 2004), tells us in an email interview that the benefits of open source contributions speak loudly to recruiters and hiring managers. 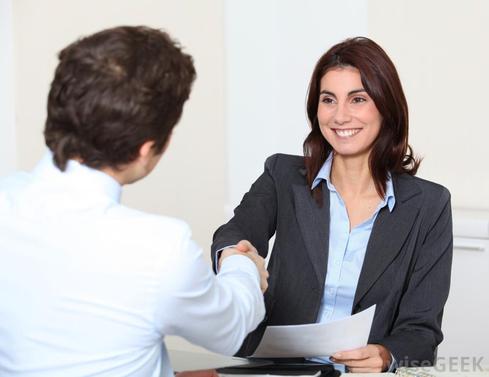 "It shows that someone can work on a development team with others, has good communication skills and good technical skills at the same time, as well as generally being 'sane' and someone you can work with," Kroah-Hartman says. "A number of people I've helped hire didn't really have an 'official' resume at all, we just knew their open source development work and it spoke for itself as to their skill."

Saha says Apache's meritocratic nature lends itself well to the open resume concept. Unlike with the traditional resume, it's quite difficult to embellish past experience and accomplishments -- that work is, by definition, out the in the open for anyone to see and use. Apache contributors that earn the esteem of their peers, for instance, can be voted in as "committers" who, like him, hold more sway over Apache projects.

There's no shortcut to that role: "Note that becoming a committer is not just about submitting some patches; it's also about helping out on the development and user discussion lists, helping with documentation and the issue tracker, and showing long-term interest," the Apache website reads.

That peer-reviewed reputation component, paired with open source contributions, form the foundation of the open resume, according to Saha, and can have an even greater impact than anything you might say in a face-to-face interview.

"It can sometimes be a lot more significant than the three or four hours you spend interviewing a person," he says. "[The interview] doesn't quite give the same positive picture as being able to look at their open source background or using the open source social network to figure out where that person stands as an engineer and as a [potential] hire."

By "social network," he means the active online community that typically springs up around open source projects, especially high-profile ones like Hadoop or the Linux kernel. Kroah-Hartman points out it's quite simple for employers to identify people active with the Linux kernel: "Just look at the Linux kernel mailing lists and our source tree. It's full of names and email addresses of the people doing this work."

There's indeed a social component to the open resume, too. Kroah-Hartman says one of the most effective ways for Linux developers to find opportunities is to tell their peers that they're on the hunt. "Let other developers know [you] are looking for a job or a different one from what [you] have today," he says. "I get companies asking me every week if I know of developers who have experience in X or Y areas of the kernel and are looking for a job."

In the Apache world, Saha says that networking and the reputation effect can be especially useful because of the relative youth of Hadoop and related technologies for big data and distributed computing. "It's actually a fairly complex engineering platform," he says. "It's not easy to find people who can come in and [hit the ground] running from day one. It's not just about the software or the complexity of the code; it's also a manner of thinking. A lot of people are great at writing software but they do not yet have the insight or experience on distributed software."

Although Saha says the hiring picture has improved over the past several years, it remains a job-seeker's market for people with serious skills in the Hadoop ecosystem, underscoring the positive potential of the open resume.

In the end, strong open source contributions are no laughing matter on the job market.

"If you do open source development work, you will be contacted by companies looking to hire you," Kroah-Hartman says.