As more business processes move toward real-time and near-real-time, companies are finding themselves with skill shortages. One good way to fill the gaps is with "gig workers" who can be scaled up or down as required.

The pace of business continues to accelerate as companies become more digital. However, the always-on economy doesn't mesh well with traditional 9-to-5 work schedules. While elastic human resource requirements are not a new concept, non-salaried positions are evolving.

Meanwhile, organizations are supplementing human resources with AI and robotic process automation (RPA). Whether it's contract review, customer service, sales or software testing, machines are helping humans accomplish more in less time. They are also changing the scope of what humans do.

The business and technology shifts require organizations to constantly realign their requirements with available resources, particularly as business processes become more continuous. One way to address the problem might be to stop looking at jobs in terms of roles, and reimagine them in terms of skills. The decomposition of a role into its skill elements may simplify the identification of human talent needed at any point in time and it may help clarify the division of what should be done by humans and what should be done by machines.

How employment relationships are evolving

The competitive business environment has resulted in a battle for talent that is shifting the balance of power from employers to employees. Traditionally, employers have had full control of what people do, where they do it and when they do it, such as thou shalt work at the headquarters office from 9 am to 5 pm. However, new business models and rapid technology evolution have accelerated the move toward real-time and near-real-time business operations, necessitating the rise of continuous business processes that can be executed by people and machines. 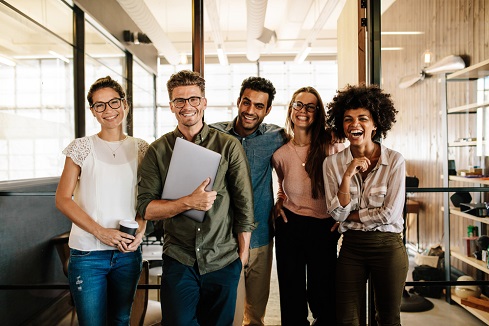 Meanwhile, the battle for talent and a strong economy mean that workers have more bargaining power than they have had at other times, which makes talent hard to find and even more difficult to keep. According the US Bureau of Labor Statistics, average job tenure is 4.6 years. Service occupations and workers age 25 to 34 tend to stay in jobs for 3.2 years while those who work in management, professional and related occupations tend to stay for 5.5 years. However, career-builders may job-hop more frequently for the purposes of getting faster pay raises and earning more impressive titles quicker. The competition for talent is causing more employers create "a great employee experience" that helps attract and retain talent.

Greater employee focus and technological advancements enable more professionals to work remotely and at hours that suit their personal needs. While not all employers are on-board with that concept, the Gig Economy -- based largely on contract and temporary work -- is emerging, and will likely have an impact employer-employee relations.

Take job sharing, for example. Job sharing was popularized in the 1970's and 1980's when women began entering the workforce in higher numbers than before. At that time, job sharing (splitting one full-time job into two part-time jobs) was considered a way of balancing traditional household responsibilities with a job. In some of the cases, the workers who wanted to share their jobs with someone else had to identify a suitable candidate.

In an app-driven economy, identifying candidates and employers boils down to online search capabilities. Moreover, a traditional full-time job could be split up into smaller pieces that are executed by more than two people. Arguably, organizations using freelance talent are already doing this. The difference is, when everything is orchestrated through software, individual pieces can collectively paint a bigger picture. Conversely, the bigger picture can be decomposed into smaller parts and modeled in various ways.

How the Gig Economy differs from traditional models

Traditionally, contingent and alternative labor have been defined in terms of hours, whether that's 20 total hours for a project, two hours per week, half-time or full-time as required by the employer, or project-based.

In the Gig Economy, workers are more likely to define their own rules, including hours, that are only limited by labor laws (if applicable) and the agreements they have with employers. The defining characteristic of the Gig Economy is that it's app-mediated employment. By comparison, contingent and alternative workers may interact with humans only, or their work may be managed at least partially via a portal. 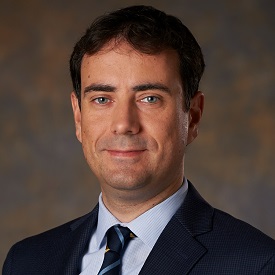 "If there's a job that needs to be done in a continuous way I don't have to do it from 9:00 a.m. I can start at 6:00 p.m.," said Laurence Ales, Associate Professor of Economics at Carnegie Mellon University's Tepper School of Business. "I don't have to go for eight hours, I can go for 45 minutes if I want to do it. That's how [continuous processes and the Gig Economy] will enforce each other. The technology that enables the gig economy that matches employers with workers is going to enforce the ability to perform continuous tasks."

Who are gig workers?

Older people will also likely benefit from the Gig Economy whether they're retired or not. For example, professional services firm EY mandates retirement at age 60. However, the company recently launched its own gig portal that provides opportunities for those former employees and other workers who EY might not employ otherwise.

In the coming days the Department of Labor reportedly will provide its first accounting of gig workers. However, a yet-unanswered question is how accurate the information will be. For example, some Uber drivers have day jobs so they are both employed and a gig worker. According to Ales, the survey only mentions main work, which is the job at which workers spend most of their hours. If gig work is mostly a second job, then it would be underreported. And, there is always the concern that survey respondents don't understand the question asked, such as whether they're a salaried worker or an independent contractor. However, the report should provide at least some insight because it contemplates gig workers specifically.

Gig work and other forms of work don't have to be mutually exclusive. As business processes continue to be executed on a more continuous, always-on basis than they have been in the past, organizations must decide for themselves how the can be best executed on time and on budget, which isn't a static exercise.

Today's organizations need to be more agile than before just to keep pace with competitive pressures. Meanwhile, new technologies and business models are reshaping what the new normal of business is. Right now, the operative word is "continuous."