Are True IT Leaders Born Or Made? - InformationWeek

Elliot Luber is a visiting assistant professor of business, management, and leadership at SUNY Empire State College's School for Graduate Studies. Here, he shares his views on what makes a great IT leader and provides four tips you can apply now to your own career journey.

9 Reasons DevOps Is A Dirty Word
(Click image for larger view and slideshow.)

Experts like Harvard's Bill George will tell you leaders aren't necessarily born or made. They may genetically have some of the right personality traits, which are then forged in crucibles -- in great fiery tests that help transform individuals and their careers.

Leaders aren't necessarily the smartest people in the room. While George himself was CEO of Medtronics, they say most US presidents are mere C+ students (there are exceptions in both parties). Leaders are more likely to be the captains of the high school football team or the head cheerleader than president of the chess or rocketry club.

That's because leadership is about social skills. We develop these skills through (analog) social interaction with others -- not by burying our heads in code. Thus, smart people who mind their business and do their own work are at a natural disadvantage.

Popular people typically cut across social circles and develop advanced people skills at a fairly early age -- such as the ability to convince people to do things they don't really want to do. Studies show women make better leaders than men because their social interactions are much more highly developed.

Yet, research shows the first women to win leadership roles are typically trusted because they act more like their male role models. This gives men a less accurate sense of female potential in business, though some of these early women leaders have proven exceptional.

Men do start most wars. It's also a stereotype that technical people cannot lead. Bill Gates was a member of a programming club in high school and Mark Zuckerberg a member of his school's fencing club. Both were first to see beyond the present market to where things were headed.

Experts tell us there are several stages of leadership transformation. These include the development of a sense of "we" that replaces the "I," putting the focus on team before ego.

In keeping with this, leaders learn to value intrinsic rewards, like the pride of accomplishment, over extrinsic rewards like a Lamborghini. Observing the sorts of vehicles on the roads of Silicon Valley tells you much about the level of true leadership in the region.

Not every leader goes through a fire test. Yet, a crisis situation that forces you out of your comfort zone to manage an emergency based on your authentic values (what George calls your "true north") is a great proving ground for future leaders, according to a number of academic authors and their studies.

Your crisis situation could be a stint in middle management -- in which strategy, culture, process, and vision are directly at loggerheads. Or, it could be some childhood trauma that forced you to grow up quickly, such as the early loss of a parent, as we saw with President Bill Clinton.

If you're willing to get out of your comfort zone and take control based on your own set of values, you will learn to lead with both authenticity and consistency. Of course, not every leader succeeds, and not everyone who succeeds is a leader. Luck plays a big role in history.

If you want to succeed, there are things you can do at any stage in your career to prepare for a leadership role should the stars later align for you. 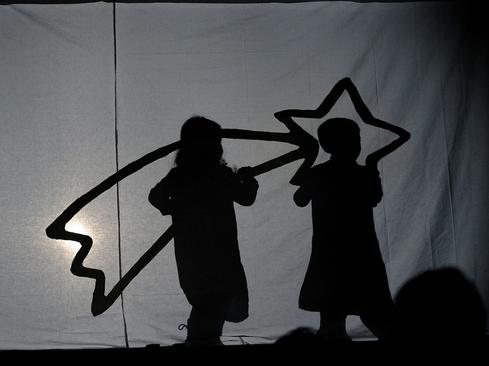 What do we mean by stars aligning? Here's an example. Dwight Eisenhower graduated from the US Military Academy at West Point in 1915. By most accounts, he was a great leader. He also was fortunate to be a member of a class in which a record 36% of graduates would become generals and earn their star insignia. He went on to become America's first five-star general.

Why was Eisenhower's class called the class that the stars fell on? Probably because these people caught World War I as a learning crucible, and came of age in time to play a major role in World War II. Political leaders like President Woodrow Wilson saw World War I as "the war to end all wars," while, for foresighted generals, it represented what, in current corporate vernacular, would be called a "stretch op."

How does all of this translate to you in your day-to-day duties as an IT professional? Here are four tips to keep in mind as you look to advance your career:

Leaders can be made -- if you have the right tools at your disposal and are willing to cultivate the skills and mindset required. What's your IT leadership journey? What are your career goals? Share your experiences in the comments section below.

Erm, well, no. There is a big difference between a leader, and one who is in charge. We've had presidents who were in charge, but who weren't leaders. The mistake being made here is that while a leader can learn the detailed areas of their leadership to become better, someone who is not a leader can learn all that and never become a leader. A leader inspires, and sadly, that can't be taught. You can be taught to not be terrible, as in the things you shouldn't do, or say. But true leadership isn't capable of being taught, just honed. It's one of those things where "you either got it, or you don't got it".
Reply  |  Post Message  |  Messages List  |  Start a Board
Editors' Choice
Hot Topics