Apple released its 2016 diversity figures this week, revealing a slight increase in the number of woman tech workers it's added to its workforce mix during the past year. The company is also making efforts to increase its overall diversity.

Apple released its 2016 diversity results this week, which showed a slight improvement in the percentage of women tech workers the company has hired over the past year. The report also showed how it's planning to add more minorities to its workforce in the future.

The Apple report is the latest sign that the tech industry is making incremental progress toward improving its low diversity numbers. However, more efforts are called for, as noted by the Anita Borg Institute, which plans to hold its Grace Hopper Celebration of Women in Computing conference in October.

"Diversity is more than any one gender, race or ethnicity. It's richly representative of all people, all backgrounds, and all perspectives. It is the entire human experience," Denise Young Smith, Apple's vice president of worldwide human resources, wrote on the company's website. 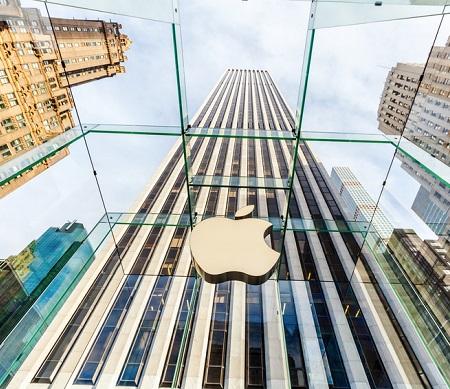 Although Apple has shown improvement in the percentage of women it employs in tech, it is still less than the national average of 36% for women in tech, according to 2014 figures from the US Equal Employment Opportunity Commission (EEOC).

Although it appears at first glance that the percentage of minorities Apple employs has increased year-over-year, it turns out the computer maker eliminated its "undeclared" category for 2016. This makes an apples-to-apples comparison difficult when trying to calculate changes in the number of minorities employed by the company.

[Read more about how Microsoft and Facebook are looking to pay women equally.]

While it’s difficult to compare the year-to-year changes in Apple's ethnic diversity, perhaps a more telling figure is what the company is doing with its hiring in relation to its current workforce.

Of all of Apple's US hires in the past 12 months as of June, 27% were underrepresented minorities, and 37% were women.

Dawn Kawamoto is an Associate Editor for Dark Reading, where she covers cybersecurity news and trends. She is an award-winning journalist who has written and edited technology, management, leadership, career, finance, and innovation stories for such publications as CNET's ... View Full Bio
We welcome your comments on this topic on our social media channels, or [contact us directly] with questions about the site.
Comment  |
Email This  |
Print  |
RSS
More Insights
Webcasts
Building Asset Management into Your Enterprise Security Strategy
Managing a Hybrid Cloud Infrastructure
More Webcasts
White Papers
From MFA to Zero Trust
2021 Application Security Statistics Report Vol.2
More White Papers
Reports
The Need for Speed: Second Generation EDR
How Data Breaches Affect the Enterprise (2020)
More Reports

Does Identity Hinder Hybrid-Cloud and Multi-Cloud Adoption? Joao-Pierre S. Ruth, Senior Writer,  4/1/2021
White Papers
The Impact of the SolarWinds Breach on Cybersecurity
The 2021 Threat Hunting Report
Cybersecurity Report Card
Smart Service Management: Working Better Together with a Connected Enterprise
The Five Major Security Pitfalls of WFH and How to Solve Them