Don't flub your job application in the still-competitive IT job market. Pay attention to these resume and interview nuances. 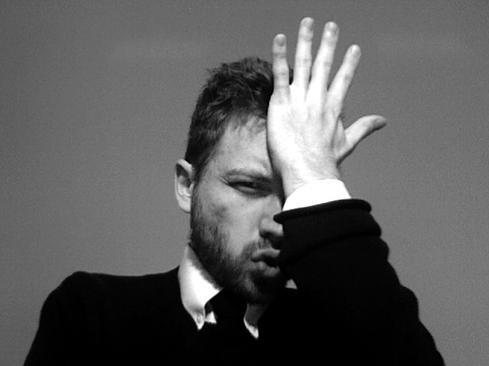 Jobs in IT have been a relative bright spot in the recovering US economy.

US employment numbers for October 2014 by the Bureau of Labor Statistics (BLS) reveals a net increase of 12,900 IT jobs across four industry job segments commonly associated with technology professionals, according to an analysis earlier this month by Foote Partners.

The October result, although significantly lower than the 22,700 jobs added in September, was still "greater than the 11,392 average monthly gain for year-to-date 2014 and the 10,708 average monthly IT job growth for calendar year 2013," Foote noted.

With around half of employers reporting difficulty filling IT-related job posts, the power would seem to be on the side of IT job-seekers.

But if you're looking for that next dream job, don't snatch defeat from the jaws of victory by making a boneheaded mistake along the way.

For example, simply having up-to-date IT skills, while crucially important, doesn't guarantee success. Equally important to employers are abilities in collaboration, communication, and work ethos.

Employers want new hires who can work on teams, lead, solve problems decisively, and prioritize work, according to the results of a recent survey by the National Association of Colleges and Employers (NACE), a nonprofit group that links college career placement offices with employers.

"Further evidence that having leadership skills can make or break a hiring decision is that when employers are forced to choose between two equally qualified candidates, they will choose the one with leadership skills over the other," NACE's survey of 260 employers found.

Another mistake: Not periodically reviewing your social media history and carefully thinking how these public posts, photos, and videos will be perceived by potential employers.

HR professionals, like their counterparts in the legal department, tend to be a risk-averse bunch, and many are quick to nix job candidates with racy or otherwise "problematic" social media trails. An appearance of impropriety might be enough to shove your resume to the bottom of the pile, causing you to lose out to other candidates.

We can debate the logic of this hiring philosophy -- aren’t job seekers and employers better served by transparency and truth in the long run? -- but it remains a stubborn fact of life. So monitor your social media, and have a convincing explanation about that beach photo of you in Cancun if the interviewer should ask about it.

Speaking of that face-to-face job interview, don’t forget to practice.

For every half hour of interview, you should have four hours of preparation, Erin Setzen, an HR executive in Chicago, told InformationWeek. This practice, which can be conducted with a friend and possibly videotaped and reviewed, will keep you from rambling or drifting into dangerous waters, such as complaining about an old employer or boss.

In other words, anything you can do to set yourself apart from the crowd, even something as simple as knowing how to highlight your skills in a cover letter, could mean the difference between getting a job and being passed over. Click through our slideshow for six crucial job search dos and don'ts.

Got your own past resume goofs or job interview flubs? Or brilliant job search tactics or interview performances you would like to share? Leave a comment.

Although, I find the tips very useful; I did notice that many IT jobs asked for specialized skills and minimum years of experience. Unless a candidate has such requirements(sometimes IT jobs have a list of 10 technology requirements).   It is difficult to get called for an interview. Even, entry level jobs require at least 2 year of experience. I agree that using linkedIn is good but it better for referrals, research on company  and informational interviews.
Reply  |  Post Message  |  Messages List  |  Start a Board

I don't necessarily say you and @Li are wrong about social crap like LinkedIn but I certainly complain it should be necessary to get a job. What exactly does one thing have to do with another? After working on computer all day, last thing I want to do when I go home is update Facebook and Tweet. Participating in forums like this is about as social as I want to be. And you kids get off my lawn!!! :-)
Reply  |  Post Message  |  Messages List  |  Start a Board

The hiring process is basically an art form unto itself. Some may call it the art of BS'ing, but there's a fine line in there. You should actually go that extra mile if you want the job (social media and professional networking are a must these days, good tips on that front), but you also have to play to your strengths and  play off the employer's expectations.  It's all expected. You call it a 'stubborn reality', Ellis, and that's a good way of putting it - everyone is expected to 'play the game' to a certain extent, and truthfully, that's often to everyone's benefit. However, this is also a good list of faux pas to avoid along the way - not for your employer's sake, but for your own.

I would add that there's also an art to reading between the lines. For example, if your interviewer leans too hard on you to present situations that explain your strengths, that may be a sign they don't have that much investment or they don't understand the job they're interviewing you for. You also need to peel back that vaneer a little bit and double check if the company culture underneath is really right for you. Another great tip I heard once is not to worry about things that are beyond your control - it sounds obvious, but I think this contributes to a lot of jitters. If your ISP fails you during a VoiP interview, for example, it might well cost you the job - but worrying about that is not going to help you at all.
Reply  |  Post Message  |  Messages List  |  Start a Board

This may sound like an obvious item, but I'm surprised how many job candidates skip doing research.

One tip from my own career: See if you can find an ex employee who was in management, and ask how the hiring process works. I did this once and learned that there was a $2,000 buffer in every offer. "Ask for $2K more than they're offering," advised the ex manager. I did, and thereby instantly increased my base without worrying I'd sink the deal. Sweet.

I recommend Toastmasters to anyone looking for a job or thinking they might someday have to look for another job. Besides being a professional networking opportunity, it's relatively inexpensive training / education on a key professional skill, public speaking.

Even if you don't expect to be spending much time up in front of a group of people making sales pitches and presentations, practicing impromptu speaking is good preparation for a job interview. It teaches you to think on your feet and more skillfully change the subject when you get a question you don't have a good answer for.
Reply  |  Post Message  |  Messages List  |  Start a Board

I cannot agree more on the point about professional networking. This is a social era. It's not easy for find a good job with only solid technical skill. You need to have your own professional network to get more opportunity. LinkedIN is a good example - many IT professionals have profile on it.
Reply  |  Post Message  |  Messages List  |  Start a Board
Editors' Choice
Hot Topics