10 IT Hiring Plans For Second Half Of 2016 - InformationWeek

0 comments
Comment Now
While CIOs say they expect to see a slight dip in IT hiring plans for the last six months of this year, according to recent survey results, one tech recruiter says the outlook appears positive. Here's a closer look at CIO hiring plans for the remaining months of 2016, including layoffs, the most in-demand IT skills, and the hottest regions. 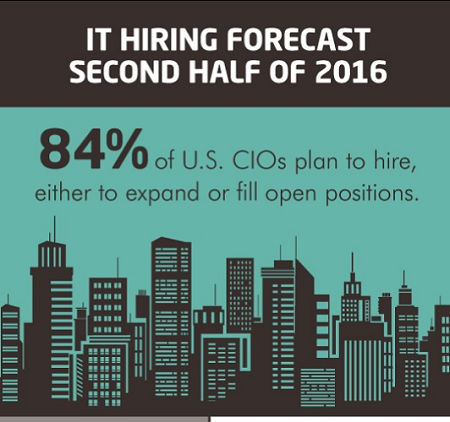 While leaders have spent the past few years building out their teams and adding employees at a particularly rapid pace in order to get initiatives up and running, they are now looking to add strategic full-time hires to manage the systems, processes, and changes they've spent so much time implementing, Reed noted.