50%
Tweet
Target hired Tesco veteran Mike McNamara 18 months ago as CIO and Chief Digital Officer to transform the company's IT and software development organization. Here's what he did.

Retailer Target may be a poster child for a traditional physical store retailer who knew how to leverage analytics. A New York Times magazine story from 2012 famously recounts how the company used analytics to figure out that certain customers were pregnant, even when those customers hadn't told anyone.

But that trailblazing technology reputation took a hit in 2013 when Target experienced a major data breach in which attackers stole 40 million credit and debit card numbers. The event caused a major embarrassment for the company, led to the resignation of its CIO in March 2014, and then its CEO, too in May 2014, and ultimately led to a 2015 $39.4 million settlement with banks over the breach. 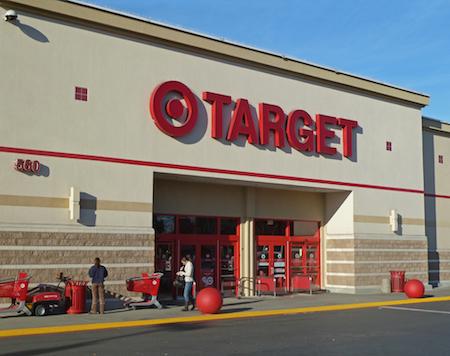 Retail and technology veteran Mike McNamara joined Target as executive VP, CIO and Chief Digital Officer after the executive exodus, about 18 months ago, with the goal of streamlining and focusing the technology operation within Target. He recounted his work so far during the National Retail Federation (NRF) 2017 Convention and Expo in New York this month.

McNamara said that it was only five years ago that Target brought its web site operations in-house. Before that Target's web site was "being run on the platform of one of our fiercest competitors who also happened to have a web services business. It begins with an A," he said. "And only three years ago we became the poster children for data card breaches."

Today Target is "best-in-class for cybersecurity and running a digital storefront," McNamara said. So how did Target get from there to here?

"I've always taken the approach that I wanted to do fewer things and just do them better," McNamara said. Yet when he arrived at Target the company was working on more than 800 technology projects, and 10,000 people working on them. About 70% of those were third party contractors. McNamara believed he had too many people and too big of a budget at "hundreds of millions of dollars."

"The problem with having too many people and too much money is you end up doing a whole load of stuff that doesn't really matter," he said. "And then the things that do matter get lost in a kind of fog of inconsequence." So McNamara took the following three-point approach to take Target's technology operation where it needed to go:

At the beginning of his time at Target, McNamara sought input from his peers on the senior leadership team to prioritize technology goals, giving each of them five Post-It notes and asking them to list their priorities for technology in the coming year.

"After a few hours of horse trading we set the technology agenda for the entire year," he said. "That meeting was the first successful step in changing the mindset around technology at Target, teaching the broader company that in technology sometimes less is more, and that the engineering resource is a strategic resource. It shouldn't be squandered but should be directed towards the strategic priorities of the business."

"I've believed for a long time that supply chain and technology are what will mark out the winners and losers in retail over the next decade," said McNamara, who is a veteran of UK retailer Tesco, most recently serving as the retail chain's CIO. "To win in the new retail world you need a really great engineering team…

"Our role is no longer about plumbing and packaged software. It's about software development," he said. "It's about creating software that is suited to our customer offer and our supply chain."

Bringing the engineering talent in-house has reduced the overall workforce, improved productivity and reduced overhead, McNamara said. The move has also brought decision-making back into Target itself, rather than outsourcing it to third-party contractors.

To help it continue to evolve in building the best engineering team, McNamara said the company has set diversity goals for hiring, including hiring 50% female engineering talent this year. Target is partnering with the organizations Girls Who Code and GenesysWorks.

In-house training is an important component, too. Target operates a 14-week rotation program for engineers to place them in various parts of the organization where they can learn about how the retail business and operations work.

"We were working in what I would call 'The Old Target Way.' That means lots of conversations, everybody brought into the solution, planning for perfection, and not allowing any idea or concept to surface until it was fully shaped and finally formed," he said. "But that doesn't really work anymore, and it hasn't worked for a long time. Our industry is moving too quickly."

By moving to more Agile development, Target engineers have been able to see their work roll out into stores sooner. McNamara reports that major incidents that impact trade are down 50% year over year. Plus, adopting the Agile methodology helps attract engineering talent to the company.

McNamara said that his efforts so far have yielded positive results. Target's online ecommerce site experienced some of its biggest trading days over the most recent holiday period with zero down time, he said. The company's point-of-sales systems and handheld devices in stores are the most stable they have ever been. Target's IT and development organization has achieved these results together with "hundreds of millions of dollars in savings."

Jessica Davis has spent a career covering the intersection of business and technology at titles including IDG's Infoworld, Ziff Davis Enterprise's eWeek and Channel Insider, and Penton Technology's MSPmentor. She's passionate about the practical use of business intelligence, ... View Full Bio
We welcome your comments on this topic on our social media channels, or [contact us directly] with questions about the site.
Comment  |
Email This  |
Print  |
RSS
More Insights
Webcasts
Unlocking the Ultimate Source of Truth in Cloud Security--Network Data
Business Continuity with Contact Tracing
More Webcasts
White Papers
Winning at Cyberrisk Management
Human Layer Security for Dummies
More White Papers
Reports
The State of Cloud Computing - Fall 2020
Special Report: Edge Computing: An IT Platform for the New Enterprise
More Reports

I think it would be news to some agile theorists that the process really starts with the executive team filling in five post-it notes that state their true priorities. It's all downhill from there.
Reply  |  Post Message  |  Messages List  |  Start a Board
Editors' Choice
Hot Topics