How The Network Time Foundation Uses Its Funding - InformationWeek

The Network Time Foundation saw a big jump in funding in 2015. While it's a step in the right direction, there's still much work ahead to shore up the open source Network Time Protocol (NTP) that synchronizes computer clocks around the world. Here's where the money is going, and what's still needed.

How do you fund time?

That's the unique challenge faced by Harlan Stenn, chief maintainer of the Network Time Protocol (NTP) by which all things digital are synchronized.

NTP is the reliable, but aging, open source code that guides distributed computer systems in their use of synchronized time. Its healthy operation is essential to coordinating servers on the Internet.

The Linux Foundation publicized the dilemma of NTP and several other projects, solicited support through its Core Infrastructure Initiative, and provided funding to Stenn. During the March 2015 Hadoop Summit in San Jose, Calif., Cloud Foundry CEO Sam Ramji cited Stenn's NTP; the OpenSSL encryption project, which was receiving $2,000 a year when the Heartbleed bug was discovered in its code; and Werner Koch, who was living on $25,000 a year in Germany while maintaining the Gnu Privacy Guard.

In a series of articles last year, InformationWeek highlighted the financial vise that committed project leaders were in once they gave up their private work and dedicated their time to open source infrastructure projects dependent on donations.

Research-minded venture capitalist Nadia Eghbal reported in "How I Stumbled on the Internet's Biggest Blind Spot" that open source projects that were highly infrastructure-oriented had no clear basis of support: No one financed them as a business and few people donated to them. Linux was one exception, with major companies funding the Linux Foundation, as was the Open Compute Project, funded by Facebook and other large companies. She concluded that NTP was one of the funding-worthy projects.

What a difference a year makes.

The nonprofit Network Time Foundation, which Stenn launched in 2011, saw its funding increase by $90,282 in 2015 for a total of $192,282 to support the NTP project. In February 2016, the foundation reported its 2015 funding and results in its 2015 Accomplishments report to the community.

Stenn set up the Network Time Foundation to support the broader purposes of the NTP.org open source project and several related projects. These include the Precision Time Protocol, a project that seeks to reduce the allowed degree of error for time synchronization from a few thousandths to a few millionths of a second.

The foundation's 2015 earnings are separate from the $84,000 contributed each year by the Core Infrastructure Initiative of the Linux Foundation to Harlan Stenn. The Linux Foundation money goes directly to support Stenn's work on the protocol.

The additional funding for the Network Time Foundation enabled the group to hire Rich Garling as program manager in July 2015. He's consulted with NTP.org developers and several other projects to map out the next steps in key areas -- a task that no one had quite had time for in the past.

"We're very grateful to all of the companies and individuals who are supporting us, both financially and their time/resource gifts," said Stenn. "We could not do this work without them."

Last year was a good one for raising the foundation's profile. On June 30, NTP.org took responsibility for adding a leap second to the time represented by a solar year on Earth, an addition that has to be made by some authority every three or four years. Thirty-six leap seconds have been added to our time reckoning since the process started in 1972.

However, if you're responsible for several projects synchronizing time among computers on the Internet and private networks, even a big financial improvement leaves many needs unmet. For example, Stenn said, few if any of the funds can be used for the upcoming relocation of half the NTP infrastructure, which must happen later this spring.

Who Funds the Network Time Foundation?

In early 2015, the Network Time Foundation listed Meinberg, VMware, Microsemi, ixSystems, Deer Run Associates, and Sol.net Network Services as members. Little has been disclosed so far about how much each company contributes.

In 2015, Stenn said VMware donated $60,000, and became the foundation's biggest contributor by a long shot. But there are also at least one or two donors at the $25,000 level. VMware relies on NTP for its virtual machine management systems, including live migration of virtual machines from one server to another. 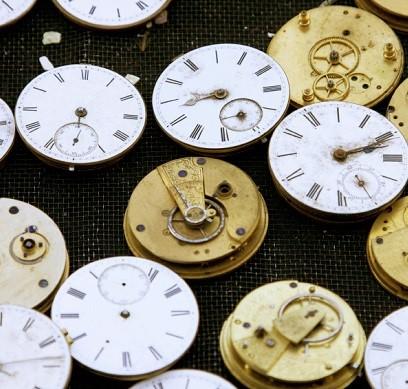 Meinberg, a supplier of NTP protocol servers in Germany, was an early member, "and the first company to send me reference clock gear that they did not expect me to return," said Stenn. Like VMware, Meinberg has increased its annual fee each year, and is one of those members at or near the $25,000 mark, with some equipment donation included.

Google, another notable new donor (but not signed up as a member), joined in early 2016, and therefore wasn't mentioned in the Network Time Foundation's 2015 Accomplishments report.

Other new "institutional" or corporate members include: Infoblox, Bitkeeper, NetBSD, Packet, PTB, Internet Society, FreeBSD, LinuxFund.org (different from the Linux Foundation), Yahoo, and SUSE Linux. The open source organizations don't necessarily have cash to throw in, but often contribute code, testing, and feedback, or help in other ways, said Sue Graves, director of client services at the Network Time Foundation.

As the issue of financing arose a year ago Meinberg's Heiko Gerstung commented in an email message to InformationWeek: The Network Time Foundation "needs more companies to make a contribution. The companies currently supporting NTP on behalf of the rest of the planet are not enough."

Where the Money Goes, and Where It Needs to Go

In addition to hiring Garling, here's what else the foundation has done with its money:

Stenn said he hopes the Network Time Foundation can continue to increase its income, along with the amount of work that it can undertake. He would like to see more funds for the NTP-related projects, more funds for additional development staff, and more staff members to represent NTP at meetings of standards bodies and conferences. He'd like to see more research on how best to synchronize network time in the future.

If members or donors wish to specify a particular project, they may do so. If they wish to support Stenn and the core NTP.org development and maintenance work, they can make a donation to the foundation accompanied by a statement that the funds go for NTP general support purposes.

Stenn and Graves urge members and donors to avoid earmarking funds donated to the foundation for a single purpose. As a 501(c)3 corporation, the foundation is obligated to follow "only use for …" statements, and then generate an audit proving that it did so. A statement that a donation "is intended to support NTP maintenance of code and equipment," would leave some discretion in the hands of the maintainers over whether a portion of it could be used to help with the upcoming move.

Charles Babcock is an editor-at-large for InformationWeek and author of Management Strategies for the Cloud Revolution, a McGraw-Hill book. He is the former editor-in-chief of Digital News, former software editor of Computerworld and former technology editor of Interactive ... View Full Bio
We welcome your comments on this topic on our social media channels, or [contact us directly] with questions about the site.
Comment  |
Email This  |
Print  |
RSS
More Insights
Webcasts
Nip Ransomware in the FUD: Detecting Attacks Pre-Encryption
Don't Miss This Cybersecurity Virtual Event
More Webcasts
White Papers
Insider Risk Management: A Better Way to Prevent Data Leaks
Aligning Cyber Skills to the MITRE ATT&CK Framework
More White Papers
Reports
The State of Endpoint Security
How IT Security Organizations are Attacking the Cybersecurity Problem
More Reports