A Ponemon report finds the security threats around privileged user access and the resulting insider threat risks appear to be growing. Here's what IT should be keeping an eye on.

Individuals with the most access to high-value information assets can be a serious insider risk for businesses, according to a Ponemon study sponsored by Forcepoint.

The survey of 704 privileged users included database administrators, network engineers, IT security practitioners, and cloud custodians. The study incorporated three years of research findings, and revealed these individuals often use their rights inappropriately and put their organizations' sensitive information at risk.

The report found 58% of IT operations and security managers believe their organizations are unnecessarily granting access to individuals beyond their roles or responsibilities -- with the vast majority (91%) predicting the risk of insider threats will continue to grow or stay the same.

This finding is up slightly since 2011 when 86% of respondents were concerned about the threat, but a majority of those surveyed reported that only 10% or less of their budget is dedicated to addressing the insider threat challenge. 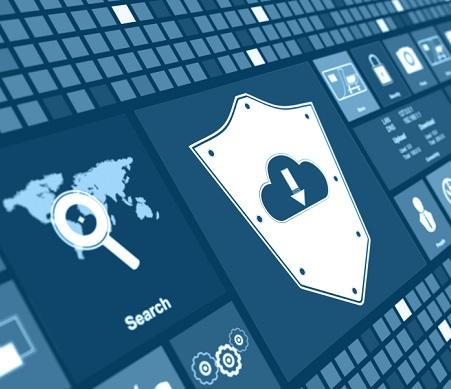 According to 79% of respondents, privileged access rights are required to complete their current job assignments, though 21% of those surveyed reported that they do not need privileged access to do their jobs.

That group cited two primary reasons for having it. The first is that everyone at their level has privileged access even if it is not required to perform a job assignment. The second is the IT organization failing to revoke these rights when these employees changed their position.

Forty percent of respondents report that business unit managers are most responsible for conducting privileged user role certification, an increase from 36% in 2014 and 32% in 2011.

[Read more about new cyber-security standards in the banking industry.]

Other issues include the length of time it takes to deliver access to privileged users -- up to 47% in 2016 from 32% in 2011 -- and the lack of a consistent approval process.

To make matters worse, organizations have difficulty in actually knowing if an action taken by an insider is truly a threat, though the report also revealed government organizations are more confident that they have enterprise-wide visibility for privileged user access.

Because security tools yield more data than can be reviewed in a timely fashion and behavior involved in the incident is consistent with the individual's role and responsibility. Monitoring and reviewing of log files, security information and event management (SIEM) and manual oversight are the primary steps taken to determine if an action taken by an insider is truly a threat.

Nathan Eddy is a freelance writer for InformationWeek. He has written for Popular Mechanics, Sales & Marketing Management Magazine, FierceMarkets, and CRN, among others. In 2012 he made his first documentary film, The Absent Column. He currently lives in Berlin. View Full Bio
We welcome your comments on this topic on our social media channels, or [contact us directly] with questions about the site.
Comment  |
Email This  |
Print  |
RSS
More Insights
Webcasts
Protecting Your Enterprise's Intellectual Property
ROI and Beyond for the Cloud
More Webcasts
White Papers
Passwordless: The Future of Authentication
Universal Internet Connectivity: Reality or Myth?
More White Papers
Reports
The Drive for Shift-Left Performance Testing
DNS Network Traffic Volumes During the 2020 Pandemic
More Reports

We're reading more of what we already knew, but what should be done about it? Taking away access can be seen in many a negative light by employees with access.
Reply  |  Post Message  |  Messages List  |  Start a Board

Indeed.  My reaction here is that, while the exact data/statistics are interesting and potentially helpful, Ponemon's overall message here in this study is one that I think we all already knew.
Reply  |  Post Message  |  Messages List  |  Start a Board

These findings aren't surprising at all. Some users who work at a level that typically gets higher access aren't actually equipped to manage that risk. They may have knowledge gaps in understanding of cyber security best practices.
Reply  |  Post Message  |  Messages List  |  Start a Board
Editors' Choice
Hot Topics