Enterprises in traditional industries, from manufacturing to logistics and retail, are scrambling to update their offerings to better support emerging technologies.

At 125 years old, few would have predicted that GE would become a cutting-edge software company, but it has done just that. The nation’s largest manufacturer now has a software division that employs north of 1,400 people and has built one of the leading software platforms for the industrial Internet of Things.

It’s one example of how an old-world giant has adapted itself for the 21st century. Now other legacy companies face pressure to do the same. Enterprises have to evolve to become more efficient themselves, but they are also being pressed into action by their customers, who are looking to modernize their operations using technologies like cloud, big data and artificial intelligence.

Faced with this pressure, enterprises in traditional industries, from manufacturing to logistics and retail, are scrambling to update their offerings to better support these emerging technologies. Those that do not will struggle to survive -- because their customers are moving now.

“While the idea of shifting toward digital business was speculative for most CEOs a few years ago, it has become a reality for many in 2017,” Gartner said in a recent report, noting that more CEOs than ever now list “IT” among their top priorities.

Notably, data is becoming more critical: customer data, marketing data, and any other signals that allow businesses to expand revenue or respond to clients’ needs. The tools used to collect and analyze this data are less important than the data itself, and enterprises must evolve their offerings to enable customers to take advantage of it.

Legacy enterprises must decide how to accomplish this transformation -- build or buy? The pace of change and the complexity of the technologies their customers demand have led many to conclude that acquiring assets is the only viable way to keep pace. Building in-house takes too long, is too costly, and requires skills that are in short supply.

GE made at least six acquisitions in 2016 alone, all geared toward expanding its efforts in IoT and better serving its customers. Even companies that are in the business of building technology themselves are acquiring technology assets rather than creating them in house.

Microsoft, for example, was written off as a tech dinosaur after it fumbled the transition to mobile and the cloud. But Satya Nadella has overseen close to 40 acquisitions in the three years since he became CEO, and Microsoft is now a leader in cloud computing second only to AWS. Oracle has also made numerous acquisitions to build up its competence in the cloud.

These enterprises need to go where their customers are headed, and that means offering digital technologies and services that both create new revenue opportunities and cut the cost of doing business.

Figures from Deloitte’s 2016 M&A report show that acquiring technology assets is a broad trend. Technology acquisition surged in importance last year to become the number-two factor driving M&A activity. Nineteen percent of respondents said it was the most critical factor in driving their acquisitions, up from just 6% in the previous survey.

It’s easy to see why businesses are turning to buy versus build. Many lack the expertise to develop what they need in house, and a shortage of skills in areas like data science makes hiring extremely competitive. AI and machine learning in particular require highly specialized knowledge, and even companies like Google, Apple and Amazon are buying their expertise.

The pressure on old-world industrial giants to meet new customer requirements is particularly acute. Geoffrey Moore, author of Crossing the Chasm, frames the transition in broad historical terms. The industrial economy, where access to capital was vital for building factories, is giving way to the digital economy, in which access to data becomes paramount.

That data can provide value in one of two ways, Moore says: One is by enabling new business models, as GE has done by instrumenting its industrial equipment to prevent downtime. The other is by modernizing an existing business model, by applying AI to sales and marketing for instance, to greatly improve performance.

In either case, enterprises seeking to modernize themselves will need to act fast. As technologies like machine learning and AI move from the bleeding edge to the mainstream, companies in all sectors will be vying for similar assets and skills to expand their capabilities. Those that move early will have greater choice in the technologies they acquire, and will be more likely to find the assets they need to meet their customers’ demands. 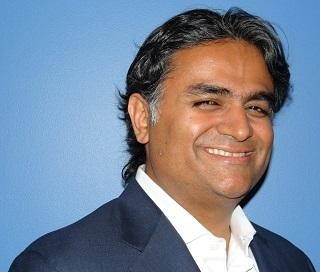 Praful Saklani is founder and CEO of Pramata, which offers a customer digitization platform.

The InformationWeek community brings together IT practitioners and industry experts with IT advice, education, and opinions. We strive to highlight technology executives and subject matter experts and use their knowledge and experiences to help our audience of IT ... View Full Bio
We welcome your comments on this topic on our social media channels, or [contact us directly] with questions about the site.
Comment  |
Email This  |
Print  |
RSS
More Insights
Webcasts
Nip Ransomware in the FUD: Detecting Attacks Pre-Encryption
Don't Miss This Cybersecurity Virtual Event
More Webcasts
White Papers
Definitive Guide to Endpoint Privilege Management
The Infoblox Q4 2020 Cyberthreat Intelligence Report
More White Papers
Reports
Trustwave Global Security Report
How IT Security Organizations are Attacking the Cybersecurity Problem
More Reports