Maritz IT's Journey: From Sinkhole to Full Business Partner - InformationWeek

Gerry Imhoff knew things had to change, but it would need to be a culture change, not a new generation of technology.

The directive, when it came down, seemed unreasonable. CIO Gerry Imhoff at Maritz Holdings Inc. had been reducing his IT budget each year to hold down costs, but then the edict came down to reduce it by another 40%.

"My team and myself felt we were being fiscally responsible. We had reduced the size of our budget by $1 million a year for 10 years. Then we were told to cut it another 40%. We asked ourselves, 'How do we do that?'" said CIO and Senior VP of IT Services Gerry Imhoff, recalling the event which occurred in March 2013.

Another 40% cut on a $45 million budget would mean a reduction of another $18 million. What was needed, he realized, was a revamped IT department, one that did things differently and with a different culture than the one he was leading. 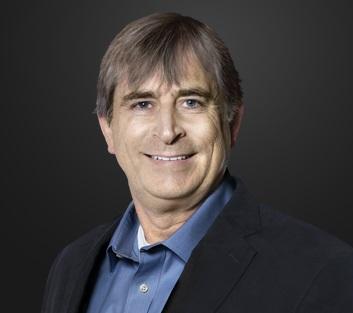 "Our approach at that time was incorrect from a cultural perspective. We weren't rude but we approached our business customers as if we were the experts and we knew what technology they needed," Imhoff recalled in a recent interview with InformationWeek. At the time, Imhoff lead a heavily centralized IT organization that hired staff based on their technical knowhow and self-confidence. IT's business customers at Maritz, however, were getting increasingly frustrated with an organization that charged them more for IT each year without being able to dramatically increase the amount of service.

All the information on IT operational expenses was captured either in the corporate ERP system or in spreadsheets, which only Imhoff and one other person in the organization could understand. With the order to cut 40%, Imhoff implemented an Apptio IT cost management system that mapped IT assets to expenses and captured the quantity of use by each business unit.

He also initiated a cultural-change program where prospective and existing staff were informed of what the new requirements were to be in IT. Imhoff wanted an organization that could listen and deliver cost-effective services as well as explain its own technical competence – a more consultative group. They would need to listen and understand what the needs were as they came to rely more on Amazon Web Services, Microsoft Azure and software-as-a-service.

Over three years, Maritz changed the nature of its IT staff. Everyone was given the opportunity to adopt the new approach and many made the cut. But when Imhoff looked around in March 2016, the third year of his effort, 50% of the IT staff had been at Maritz for three years or less.

"We coached people, it was either 'up or out,'" recalled Imhoff. "We brought in a lot of people," he acknowledged. 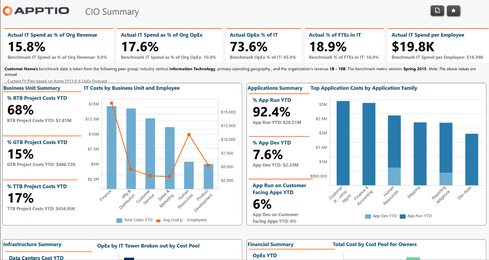 At the same time, the nature of IT's ongoing conversation with the business units changed. Maritz Holdings is in the employees incentives business. It has a Motivation Solutions business unit, a Global Events unit and a Customer Experience unit. Credit cards that earn points, hotel stays that add up to free nights, questionnaires that ask your satisfaction with an automobile are all products of the Maritz business units.

Imhoff decentralized the IT staff and allowed business units to have resident development teams who responded to their needs. Central IT as supervised by Imhoff shrank from 350 people to 160. Between 550 to 600 analysts, architects and developers became part of the business unit teams.

"For the first time," said Imhoff, "business managers could see the total cost of ownership of the technology assigned to their business operations" when before it had been an awkward or impossible conversation to hold.

When business managers previously referred to IT, they tended to describe "the giant sucking sound of costs. Now they completely own the cost and understand what's in it, which users used which application and which storage," he said. The IT cost accounting puts his organization on an equal footing with the units as a business partner, he said.

"Business users used to suggest they didn't have control over their technology costs because of this inflexible IT organization that controlled everything," he said. It's better to be a business partner than a lightning rod for blame and complaints, he added.

Global Events has become a heavy user of software as a service, while all the business units frequently do their application development on Microsoft Azure's platform as a service. Finished applications are often exported to Amazon Web Services to run.

Maritz continues to operate its own data center, and an application that is needed 24 hours a day, seven days a week, will tend to run there. But any workloads that are spikey or seasonal are often shipped out to the public cloud. "We are absolutely embracing the AWS and Azure clouds," Imhoff said.

Part of IT's new approach to the business is to serve as a skilled consultant on cloud computing and advise the businesses on how to keep control of their data and keep it secure. Imhoff said shadow IT was never a big problem at Maritz. But four years ago, there were rumblings about the unresponsiveness of IT that suggested that it might become one.

"For the first time, business managers could see the total cost of ownership of the technology assigned to their business operations"

IT now offers choices, not dictates. A new employee gets to chose a Windows laptop or a Mac, with IT representatives able to show the cost of each over a year. The same goes for IT services. IT is now able to say, "Here is what it costs. Do you value it that much?" said Imhoff.

Business users "can make informed decisions" without IT needing to decide issues for them, a relationship-building process, he adds.

The IT organization met the goal of reducing its budget by another 40% between 2013 and 2016, and continued to apply the lessons that it learned. It's since found additional savings, but plowed them back into IT operations in the form of improved security.

"We increased our spending on security by $2 million over the last two years, at no incremental or out of pocket expense," he noted. Instead of "a giant sucking sound," IT is viewed as taking on fresh responsibility and producing the right results.

Imhoff views the directive to cut another $18 million in retrospect "as kind of a blessing. It made us look internally at who we were and how we treated our business partners," concluded Imhoff. By adopting a leaner central staff, distributing app development out into business units, lowering costs and improving security, the image of the IT organization has changed from a sinkhole into a full-fledged business partner. It's a change that Imhoff wants to keep intact far into the future.

Charles Babcock is an editor-at-large for InformationWeek and author of Management Strategies for the Cloud Revolution, a McGraw-Hill book. He is the former editor-in-chief of Digital News, former software editor of Computerworld and former technology editor of Interactive ... View Full Bio
We welcome your comments on this topic on our social media channels, or [contact us directly] with questions about the site.
Comment  |
Email This  |
Print  |
RSS
More Insights
Webcasts
Hybrid Cloud: The Great Balancing Act
Cybersecurity's Next Wave: What You Should Know
More Webcasts
White Papers
Why Add Security to Your Skill Set and How to Do It
Balancing Hybrid Storage as Part of a Hybrid Cloud Data Management Strategy
More White Papers
Reports
Protection Strategies for a Cyber-Resilient Organization
Building the SOC of the Future
More Reports

Maritz did a great job!It is cool if you can see the essence of the problem and can bring the right solution to it.

Imhoff drew an even starker contrast between the old IT staff and the new staff as we addressed the subject the second time in the interview: "We used to hire for technical prowess. Even if you were a jerk, we'd hire you," he said. But too many jerks add up to bad communicatkion skills when interacting with the business uses and outside customers. Now, when IT managers interview candidates, they're looking for "technical skills in people who also understand people."