Facebook launches a quest to be a cross-platform development tool and build bridges among its rivals' vertically integrated ecosystems. Here's how its position differs from Flash.

Facebook aspires to be the thing that Apple co-founder Steve Jobs despised: a tool for cross-platform development.

"Our goal with Facebook is to build the cross-platform platform," said Facebook CEO Mark Zuckerberg at his company's F8 developer conference on Wednesday.

Four years ago, when Jobs was still running Apple, he published an open letter to justify his decision to exclude Adobe Flash from iOS devices. Jobs had several good reasons for doing so. Flash was buggy, insecure, power-hungry, and ill-suited to mobile devices.

But Jobs's reasoning was more self-serving in other aspects of his argument. He chided Flash for being a closed system, even as he acknowledged that Apple favors a proprietary approach. Flash's most salient flaw, he said, was that Adobe wanted developers to use Flash to create apps for Apple's mobile devices.

"We know from painful experience that letting a third-party layer of software come between the platform and the developer ultimately results in substandard apps and hinders the enhancement and progress of the platform," Jobs wrote.

Jobs had reason to fear Flash. Were it not such a technical mess, Flash could have become the preferred development platform for mobile, as it almost became for the Web. And he had reason to want developers to write apps in Objective-C, Apple's chosen language for development. When developers create apps using native Apple technologies, they're adding value to Apple's platform and not to competing platforms.

But Jobs's contention that cross-platform development leads to substandard apps is misleading. Code quality is not a function of platform; it's a function of engineering talent, the number of lines of code, and quality-control regimes. Cross-platform code generally has access to a subset of the full range of native platform APIs, but programmers can still deliver high-quality cross-platform apps that use the APIs available to them. Similarly, cross-platform apps can be beautifully designed, even if native platform APIs offer a greater range of UI possibilities. And writing native code isn't a guarantee of app excellence. 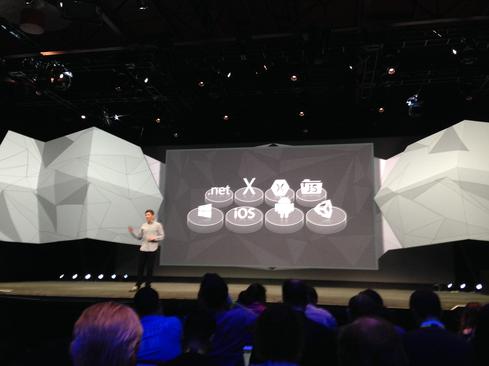 Facebook's bid to become the cross-platform platform represents Realpolitik: Facebook, unlike Apple, Amazon, Google, and Microsoft, doesn't have an operating system or a hardware business. Not to mention opportunism: Facebook sees a chance to build bridges among its competitors' vertically integrated ecosystems.

Facebook as a platform differs from Flash in an important way -- the Facebook platform is a data technology rather than a display technology. Developers will still need to create code for Android, iOS, and Windows Phone apps. What Facebook offers is a set of tools for helping apps attract more users, for encouraging those users to engage with apps, and for generating revenue from those users. The company believes it can help developers build, grow, and monetize their apps.

Facebook has been doing so for years, but its focus was on the Web, its offerings were less cohesive, and its platform was less stable. If the company can raise the level of its game by keeping its APIs stable and its servers available, it may achieve the kind of dominance in mobile that Google has on the Web -- data insight that translates into advertising revenue. If developers find that integrating Facebook technology improves app usage, engagement, and revenue with minimal cost and effort, they're likely to favor Facebook over alternative backend services from Apple, Google, or other companies.

In the past, Facebook had a price. While developers saved the effort of rolling their own login system by using Facebook Login in their apps, they ended up alienating users who didn't want to provide data to Facebook as

Comment  |
Email This  |
Print  |
RSS
More Insights
Webcasts
The Failures of Static DLP and How to Protect Against Tomorrow's Email Breaches
Strategies for Success with Digital Transformation
More Webcasts
White Papers
A Technical Deep Dive on Software Exploits
The Dark Side of SD-WAN
More White Papers
Reports
Special Report: Edge Computing: An IT Platform for the New Enterprise
The Drive for Shift-Left Performance Testing
More Reports

I am with you, guys. The key for Facebook success is its strength in API area. Can it offer really cross-platform development environment? Can it offer easy-to-use API? Maybe RESTful API or web service based on SOA is of better choice in this battle. This battle is not fully comparable to the ban-out of Flash by Apple.
Reply  |  Post Message  |  Messages List  |  Start a Board

Right David, I thought the same. I can imagine discussion inside Apple of how to block this, but that horse has left the barn. No way for Apple, or Google or Microsoft for that matter, to block Facebook without users revolting. This will be fun to watch.
Reply  |  Post Message  |  Messages List  |  Start a Board

I think Flash proves that cross platform is hard to do. You end up with either spending a lot of developement trying to make it work well individually on a platform. Or compromise a solution for every platform. You see this with browsers, software applications and even issues between a app on one mobile platform vs another.  While I don't agree with the Apple phylosophy of a closed garden today when so many don't adopt just one branding or operating system. Trying to cover all the bases is just as wrong. For example, while Windows OS still dominates the PC market. Its mobile Windows OS barely registers in users and the tablets are not much better. So although Microsoft is trying to make a lot of platforms work together. You have to have products that users want to own to make that happen. Apple on the other hand has a popular smartphone, tablet and Mac lineup that many have adapted as a complete platform complementing each other. Google has also done this to some extent. Facebook most likely will do more web ased apps which will blur the lines of platforms more easily.  But given the recent stats which show most people access the web through apps on their smartphones and tablets vs a web browser. Might indicate that the web browser is becoming irrelavent. Google has placed a lot of emphasis on web based apps in Chrome and Chrome OS. But is this really where things are going?
Reply  |  Post Message  |  Messages List  |  Start a Board

I'd say the developers were enthusiastic about Facebook's renewed statement of commitment. Zuckerberg end announced next year's F8, to reassure developers that Facebook is serious. Now keep in mind that Facebook's announcements were aimed to make Facebook development tech more appealing for people making apps. Anonymous login isn't about Facebook giving up on personal information; it's about helping people trust apps with FB Login enough to try them (so they can then later provide personal information).

If Facebook can translate its vast reach into must-have services, it will redefine what it means to be cross-platform. Yesterday's platforms didn't require a data layer. Apple's policies were aimed at protecting paid app sales. Tomorrow's platforms will rely much more heavily on a data layer, from Facebook or someone else, because advertising, engagement, and other marketing data will become so much more important to make free apps profitable.
Reply  |  Post Message  |  Messages List  |  Start a Board

You can't begin at a better point for developers than by stabilizing the API. Facebook isn't coming from a particular technology school as it builds out user engagement and interaction features, and it's got little to lose by sharing those features with others. It continues to use an open approach to draw a contrast between itself and Apple, Google and Microsoft. Its Open Compute hardware design and open data center specs lead the way.
Reply  |  Post Message  |  Messages List  |  Start a Board

I never would have thought of Flash as a point of comparison, but it's an interesting one. One advantage of the nature of the Facebook platform as a data/API framework is that Apple and others with platforms to protect can't easily lock it out the way Apple banned Flash from its mobile devices. Facebook's bigger challenge will be winning developer mindshare, proving that its APIs are valuable to the point of being indispensible for web and mobile development.
Reply  |  Post Message  |  Messages List  |  Start a Board
Editors' Choice
Hot Topics