Let's Patent This: A Primer For Enterprise App Developers - InformationWeek

Patents aren't typically the first thing on your mind when you're developing an application for your enterprise. Yet, there's a great deal of creative development work going on at organizations of all types and sizes. Attorney Lincoln Essig provides five steps IT professionals and enterprise app developers can take to make sure your company's intellectual property is protected.

With so many apps available today, and the relative ease with which they can be developed, it can be difficult to differentiate your app from others and to keep competitors at bay. One way to do both is to obtain patents to stop competitors from copying key aspects of your app.

Unfortunately, there are so many demands to get an app to up and running quickly -- whether it's for your own internal IT customers or your company's external end-users -- it's easy to overlook critical aspects of the patenting process. Here are five basic strategies for ensuring you obtain the protection you need.

Consider this: Your company needs help developing the next great app, so you hire a new software development company. The company's people build the app under your direction, you pay them for their work, and now you own it, right? Wrong.

While your company likely owns the actual code the developer writes, it doesn't own any related inventions without a valid assignment. Seems counterintuitive, right? It may be, but in the US, the inventor (not the employer) owns the invention by default. The only way a company can own a patent is if the patent is assigned to the company.

[Are your new-hire contracts doing more harm than good? Read Why I Banned Non-Compete Clauses From Our Hiring Practices.]

The good news is you can get an assignment as part of any agreement, and can even include inventions that have not yet been invented. In addition to a blanket assignment covering future inventions as an employee or contractor, you want to have inventors execute specific assignments each time a patent application is filed. 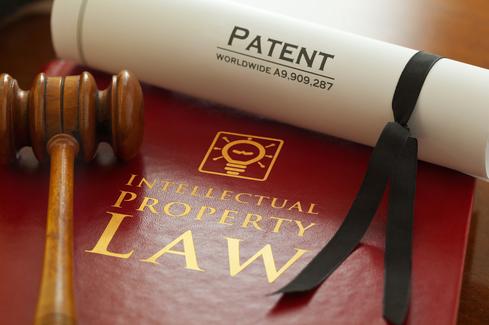 Filing early also means filing before any disclosure outside of the company (public or private). Never publicly disclose an invention without first filing a patent application. In most countries, it can immediately jeopardize your ability to obtain a patent (the US being one major exception). Even in the US, a public disclosure more than one year before you file a patent application can kill any hopes of obtaining a patent.

3. Look to the Future and Don't Forget Alternative Designs

This way, when you release updates and the next version, your patent application describes most, if not all, of the changes. If your update includes functionality you hadn't previously considered, see No. 2 above.

While you decide not to use those designs for one reason or another, they're all worth describing in your patent application, and it's important to seek patents that cover the alternatives. This makes it more difficult for others to make a competing product.

4. Focus on the Technical Aspects

In Alice Corp. v. CLS Bank, the US Supreme Court's 2014 ruling invalidated a computer-related patent because it recited "an abstract idea implemented on a generic computer." Now, we can quibble over what the Supreme Court meant by an "abstract idea," but the result is that software-related patents have taken a serious drubbing when challenged in court, and are increasingly difficult to obtain at the Patent Office.

In some software-related technology areas, the Patent Office rejects more than 80% of patent applications, not for lack of ingenuity, but because the applications are supposedly directed to an "abstract idea being implemented on a generic computer."

Put another way, the USPTO believes the rejected applications can be boiled down to a computer doing something a person could do with a pen and paper (e.g. performing a mathematical operation, receiving data, processing data, displaying data, etc.).

To overcome these rejections, it has become increasingly important to point to the technical aspects of the invention. For example, your patent application should focus on some of the following:

By focusing on these aspects, you can increase the probability of obtaining a patent on your app.

For a fee, the Patent Office will expedite the review of a patent application, which can cut the three to five years to less than one year. In some cases, it may take less than nine months to obtain a patent.

However, don't expect a patent to magically issue simply because the extra fee is paid. When expediting a patent application, you'd be wise to have a specific idea in mind of what you want or need the patent to cover. For example, you may need the patent to cover your current app, so you can tell an investor the app is covered by a patent or to keep a competitor from copying you.

Finally, as they say on TV, "Don't try this at home." Consult competent patent counsel in developing and executing a patent strategy that works for your company. As you may have guessed, patent law is very complicated and nuanced. Even small missteps can kill a patent or significantly reduce its value.

Strategically executing the pointers above to obtain patents on your app-related inventions is a great way to distinguish your app from others and keep your competitors at bay.

Lincoln Essig is a partner in the Washington, D.C., office of intellectual property law firm Knobbe Martens. Essig focuses on patent prosecution, client counseling, and patent analysis in the medical device, information technology, and business method areas. He represents a ... View Full Bio
We welcome your comments on this topic on our social media channels, or [contact us directly] with questions about the site.
Comment  |
Email This  |
Print  |
RSS
More Insights
Webcasts
People Are The Most Important Part of Autonomous SOC
Nip Ransomware in the FUD: Detecting Attacks Pre-Encryption
More Webcasts
White Papers
Gartner Market Guide for Insider Risk Management Solutions
Anatomy of a Modern Phishing Attack
More White Papers
Reports
Are We Cyber-Resilient? The Key Question Every Organization Must Answer
2021 Top Enterprise IT Trends - Network Computing
More Reports