Cloud, big data, and security are all big factors in education IT this year. At the same time, there is a cultural shift taking place not only among the student body, but within the demographics of the IT departments themselves.

9 Biographies Of Tech Icons You Should Know
(Click image for larger view and slideshow.)

Education is all about looking into the future -- at least in preparing young people to create a new and better world. Whether the educational system enlightens grade school kids or university students, the knowledge imparted needs to encompass technology -- both its use and the resources it provides. As a result, educational IT departments have challenges that don't precisely match those in typical enterprise computing departments.

One notable difference between corporate IT and educational IT in the public school systems is that technology budgets for education are constrained by factors outside the typical decision-making processes of "the business." As with government IT, the public school bills are paid by taxpayers who'd prefer the money stayed in their own pockets. Public schools have to "make do" all over, but the rapid pace of technological change underscores how quickly educational institutions can fall behind in process, as well as in geeky tools.

The budget scenario is different for private schools and in higher education, but in all cases IT is challenged to keep up with student demand to use the latest and greatest technologies.

"The trends that are affecting education now are the increasing network speeds, the availability of huge amounts of cheap storage, and the ubiquitous presence of [smart phones and tablets]," said Joel Rosenblatt, director of network and computer security at Columbia University. And those are merely the start. Cloud, big data, and security are all big factors, as is a cultural shift not only within the student body but within the demographics of the IT departments themselves.

Mobile And The Cloud

Students need technology and services that help them learn from any digital device, regardless of location or language. "Especially with millennials, surveys clearly show that this cohort of students expects their technology not just to work, but to work how they expect it to," said Kathleen Bostick, executive VP North America at SDL. "Education technology needs to deliver an individualized experience that engages users in their preferred language, on their preferred device, and based on their personal preferences." 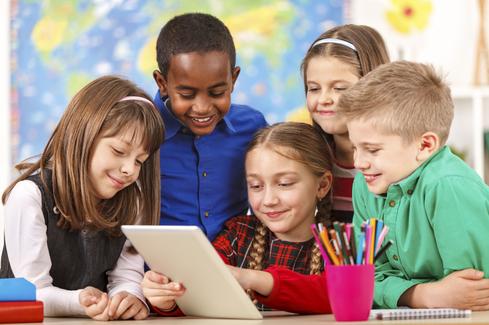 The adoption of mobile technologies is not simply an expectation that all data should be available immediately in the palm of your hand. It's poised to change the media by which data is presented to the student. "The days of computer labs with rows of screens waiting on students are slowly disappearing for both traditional and non-traditional students," said Jim Freyburger, South University's associate chancellor for information technology.

Freyburger said he expects streaming technology to dominate classroom or hybrid-style delivery in the next few years. "Flipping classrooms will become the norm, allowing the students to develop better critical thinking skills by reviewing [streamed] class material prior to going to class. Once they are in the classroom, they will have the opportunity to discuss the streamed data that goes beyond what is available in the text book."

John Krull, CTO of the Oakland Unified School District in California, noted how the combination of mobile and cloud affects IT choices. "The move to Web applications and cloud allows for modern devices such as Chromebooks, or user-choice devices such as phones and tablets, to be used while simplifying IT support requirements," said Krull. "This makes an immediate difference to the demands of IT support. OUSD was able to deploy 15,000 additional laptops/Chromebooks to students and staff without hiring additional staff while increasing satisfaction and security."

That has an effect on the IT budget, too. Anthony Kim, CEO and founder at Education Elements pointed out, "Educators and IT directors will finally realize that although iPads provide some functionality offline, no one really uses them that way. A low-cost device [such as a Chromebook] is the only way a school district can equitably provide technology to every student."

However, the impact of mobile does not necessarily mean a positive impact, at least in the eyes of one system administrator at a California private school, who agreed with this assessment of how technology is affecting education. The system administrator, who asked not to be identified, said he expected 2016 to bring a solidification of the backlash against iPads as laptop replacements for students. "We've now had five years with the iPad to feel out its potential as an educational tool," said the administrator, "and I've yet to see dividends in our students."

Among his criticisms: Behavior issues at his school have skyrocketed, primarily centered around the iPads; educators have found "a lot of toy software applications but very few tools"; and IT expenditures have risen sharply, particularly in the form of equipment and overtime to maintain infrastructure, counteracting the price difference between iPads and laptops. "Honestly, we would've saved money by buying each student an entry-level Mac laptop every three years," he said. "Tools to manage full-OS devices can be had for free with much more control and capability."

Yet, it's shortsighted to imagine teachers taking iPads away from students. "We need to be realistic as to what personal technology is going to look like in five years," said Clint Carlson, assistant director of technology at the American Embassy School, New Delhi. "Anyone else will be left trying to catch up, whether they like it or not."

Even when experts are in favor of cloud and mobile tech, they expect a transition, which may be rocky. "Moving totally to the cloud will be a challenge for most IT departments," said Education Elements' Kim. "So many are used to controlling user identity through archaic, centrally managed systems like Active Directory or LDAP. School districts will eventually move to school-level user identity management through cloud-based solutions, which will allow them to manage accounts more quickly."

That may be a tough issue in regard to staff dynamics. Matt McLellan, president of Evisions, pointed out that fewer new education IT workers are coming in to take the place of retiring staff. "This is in part due to the inability of higher education institutions to compete on salary. For younger workers entering the space, however, there is a higher general acceptance of adopting technology -- both generationally and due to the need to become more efficient with [fewer] staff."

The positive view, ultimately, is that "Skill sets will evolve from a 'break fix' type environment to connection and browser support," said South University's Freyburger. "Centralized call centers will grow, and that will reduce the need for techs in the field. As the model matures, the majority of support will be switched from hardware support to online application support."

Another coming-real-soon trend for education IT is the opportunity to get data in order and to use it to improve business processes and learning experiences alike. According to Evisions' McLellan,

Interesting article. As an educational writer I've seen the shift from writing assessment question manually to writing set of questions that are meant to be online making a test experience personal to the ability of that student. Technology has come a long way and there are still so may interesting ways to use tech in the classroom.
Reply  |  Post Message  |  Messages List  |  Start a Board

I think the challenge will be for departments to how to adopt these new technologies into their classes while provide an efficient learning environment for students.  I wonder what will be the response from teachers about all this technology and whether it helps them support their lesson plan or not.  Sometimes we join the bandwagon and forget that technology should support the teacher and not be the end of itself.
Reply  |  Post Message  |  Messages List  |  Start a Board
Editors' Choice
Hot Topics