Cheap IT Will Cost You - InformationWeek

Under-investing in technology likely means you can't achieve your business transformation goals and you're probably overspending somewhere else.

Here's a question that IT leaders are not generally encouraged to contemplate: Are you under-investing in IT? Peter Muggleston, CIO of Foodstuffs North in New Zealand, is now my hero because he publicly contemplated this question.

Traditional mainframe-like thinking about IT goes like this: "Cut costs! Be lean!" Efficiency is equated with spending less in IT. That, of course, is not always the case. Sometimes spending a little more on IT means spending a lot less elsewhere, but business partners don't always understand that. The truly uncomfortable truth is this: Spending too little on IT in the digital age is ineffective, maybe borderline irresponsible.

Why? Muggleston, who joined Foodstuffs three years ago, pinpointed the problem in his talk at CIO Summit 2015 last month in New Zealand. Foodstuffs was embarking on "reinventing every process in selling stuff to our customers" by embedding digital technology in everything it did. It was, said Muggleston, "the biggest, longest, most expensive, and riskiest change in the history of the company." The problem? It was "rolling it out on flaky foundations." That probably sounds familiar to 80% of IT leaders. 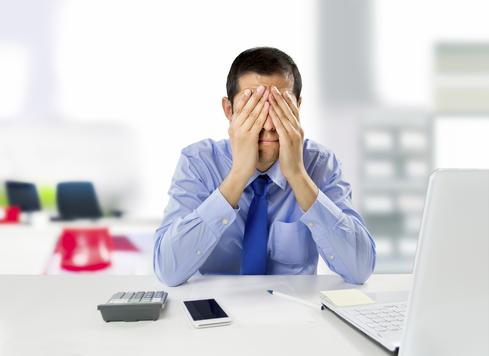 The trouble: "We celebrated our parsimonious IT spend," he said, and "we operated with the intellectual property in the heads of some very clever, loyal, and entrepreneurial people who were very good at coming up with workarounds" to continue to work on those iffy foundations.

To Foodstuffs' credit, it eventually invested $150 million and 130 full-time folks to fix those foundations. "The entire business was involved," said Muggleston.

Job No. 1 was to make sure that IT got ownership and commitment from the highest levels of the organization. Muggleston did all of this during a merger which created the third-largest company in the country.

Muggleston took a multi-step approach to fixing the foundations, especially on:

Capturing the "hearts and mind" of employees. He said that, previously, IT used lots of custom code. Custom code, of course, is expensive, and it robs resources from other areas. So the team had to work on convincing employees that, although they were all singular people with unique needs, "we really could run on standard software."

To be fair to business leaders, the reasons why people under-invest in IT are usually rational and threefold:

1. They feel disconnected from IT. They don't see the benefit of funding something that they don't fully understand or something that isn't "theirs." Thus, Muggleston's focus on people, process, and "hearts and minds."

2. They think everything is fine and no additional investments are needed. Muggleston's point about IT staff performing miraculous workarounds probably exists in many, many organizations: IT folks care deeply, so they do whatever it takes, even if "whatever it takes" is at great personal cost. Result: There's IT burnout with business leaders left thinking that no investments are needed

3. They believe that risks are overstated. Or they think that the risks, when compared to the expense, are acceptable. This "it won't happen to me" mindset is called "unique invulnerability" by psychologists. It pops up in many situations, and it's one of the reasons that people engage in risky behaviors in general.

This last reason created one of the great guffaw moments of his talk. Once the camera was off and he was being interviewed on the stage, Muggleston said, "I'd love to say it was all co-operative dialogue. In truth, there's nothing like a massive outage to outline need for IT change." Cue 500 people chuckling knowingly -- because it's true at their organizations, too.

And it is so true for many of us. Our organizations want the digital Buck Rogers front-end, but usually there's poor investment in fundamentals.

What can we do? We can't necessary do anything about reason No. 3 (unique invulnerability) unless and until there is a massive, prolonged outage, which, unless you're brand-new like Muggleston was, is pretty risky, career-wise.

I think that the call to action for IT leaders adds up to: What actions will you take about No. 1 (feeling disconnected) and No. 2 (thinking all is well)?

Building credibility and connectivity with business partners and exposing the "ugly hacks" in your organization to business leaders are the paths to avoiding that massive outage.

To be fair, not only must IT leaders make the effort, business leaders must also work to understand that cheap IT won't get them where they want to go.