What A Microsoft Xamarin Buy Would Mean - InformationWeek

If Microsoft buys Xamarin, it will be a big shift in mobile strategy -- and good news for mobile app developers who want to work across Microsoft, iOS, and Android mobile platforms.

The Microsoft developer community is abuzz over speculation that Microsoft will announce the acquisition of Xamarin, a popular cross-platform mobile development framework that enables Microsoft .NET developers to create native applications for iOS and Android using Microsoft's Visual Studio and C# programming language. The move would be a major shift in Microsoft's mobile strategy, and a welcome change for the millions of Microsoft developers around the globe who have thus far been left in the cold with Windows Phone and Windows 8.

Mobile application developers essentially have three ways to develop mobile apps today: Web, hybrid, and native. These options offer developers trade-offs in the "reach" of an app (how many devices it can run on) versus its "richness" (how much of a device's underlying power can be harnessed). Web apps rely strictly on Web standards. They're accessed via Web browsers found on every mobile device, which gives them maximum reach. Native apps, on the other hand, build on vendor-specific APIs and the features available in platforms like iOS, Android, and Windows Phone. They give an app maximum power but limited reach. Hybrid apps attempt to blend the benefits of Web and native, letting developers use universal Web standards like HTML and JavaScript to reach multiple platforms, but tossing in a bit of platform-specific native code to give hybrid apps native-like capabilities and deployment options.

While these are the most common ways to build mobile apps, there is another sub-category of native development where frameworks like Xamarin live. These so-called "cross-compile" frameworks let developers code against an abstraction layer that eventually compiles into native apps for multiple mobile platforms. It helps accelerate the development of cross-platform, native apps, and often has the added appeal of letting developers create native apps using more familiar programming languages (like C# or JavaScript). 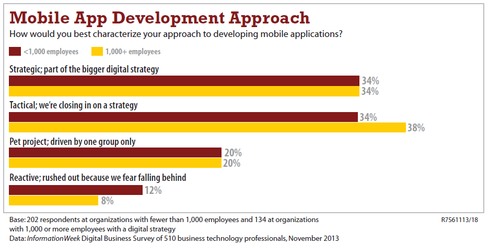 From the outset, Xamarin has been narrowly focused on enabling .NET developers to use their existing C# skills to create native mobile apps for iOS and Android. It provides a proprietary abstraction that does the heavy lifting to map and then compile .NET code to native application packages. This is clearly a very appealing option for .NET developers who want to build native apps.

Given the intrinsic link to the .NET developer, Xamarin in many ways has always been an extension of the core Microsoft .NET framework. It provides the low-level compilations necessary to reuse .NET across today's most popular mobile platforms. If Microsoft acquires Xamarin, it would formalize this reality and eliminate some of the lingering fear companies may have betting on a startup's proprietary framework. This will also likely reduce other barriers to adoption (especially pricing and licensing). It would be a big step forward for .NET and the .NET community.

[Do you have the right skills? Learn How IT Pros Can Become Great Developers.]

The move would also be significant as it would be the first time one of the major mobile platform vendors embraced a tool that supported a competitor's app development. To date, Apple, Microsoft, and Google have been very protective of their own app ecosystems, even going so far as acquiring startups that support multiple platforms and subsequently removing those cross-platform capabilities. (Apple did this with its recent acquisition of Burstly, makers of TestFlight).

It will be hard to read a Microsoft acquisition of Xamarin as anything less than an acknowledgement that Windows Phone cannot catch Android and iOS. It may be viewed as an attempt by Microsoft to improve the odds of seeing Windows Phone versions of apps that are built with Xamarin technology.

Whatever Microsoft's motivation, companies that focus on creating tools and services for developers who build mobile apps for all platforms will welcome this change. A Microsoft-backed cross-compile framework will create more opportunity for developers interested in this cross-platform native app development approach. There will never be any silver bullets in app development, and mature mobile software strategies will always call for a mix of Web, hybrid, and native development. Perhaps in the future that can also easily include cross-platform native development backed by an unlikely champion: Microsoft.

This seems like a smart move for Microsoft that can only help Windows on mobile devices, and a benefit for developers. Hopefully it will also put pressure on Apple and Google to tolerate cross-platform compliation capabilities -- though I doubt anyone is holding their breath waiting for that to happen. Neither has Microsoft's incentive of being in a distant third place.
Reply  |  Post Message  |  Messages List  |  Start a Board

Unfortunately, if Microsoft does acquire Xamarin, I suspect it will end up being made more useful for building Microsoft software than for building software on other platforms.
Reply  |  Post Message  |  Messages List  |  Start a Board
InformationWeek Is Getting an Upgrade!