Software Is Eating the World? Don't Be Lunch - InformationWeek

Xceligent CIO Joe Emison to talk about how IT must change if Marc Andreesen's 'software is eating the world' proves to be true.

Ever since Marc Andreessen announced that "software is eating the world," IT staffs have debated what he meant and whether what he said was true.

That announcement appeared in what CIO of Xceligent, Joe Emison, describes as "a horribly written" essay in the Wall Street Journal on Aug. 20, 2011. Writing style be damned. It was an expression that stuck, is now part of the popular vocabulary and is also in the title of the talk Emison will give 11:40 a.m. -12:40 p.m. May 18 at Interop ITX in Las Vegas: How To Benefit From Software Eating the World.

What a concept, benefitting from software eating the world. If you disbelieve the notion or still don't accept it, you perhaps should consider attending this session. In an interview, Emison said, "In 1995, 2000, 2005, the senior database administrator might make more than any developer." The same would be true for the senior system administrators, network managers or storage managers. Non-developers would out number developers in most IT organizations, he noted. 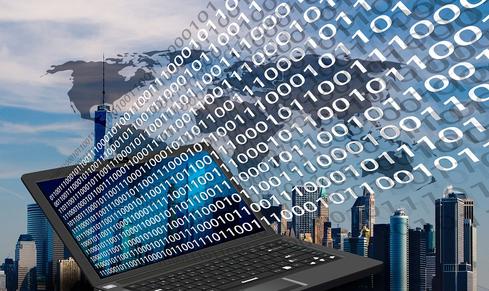 That didn't change the fact that the most effective thing IT could do was produce fresh business applications as the organization needed them. Emison plans in his May 18 session to describe the software lifecycle of an application and why making it possible to continuously revise, add to or update that application is crucial to business survival.

It's not Emison's goal to make an extended argument for agile development or continuous integration – the rapid meshing of software changes with production systems. On the contrary, he said an organization can stick to waterfall software development and still heed the message in "software is eating the world."

Want to learn more about how IT changes with the addition of cloud computing? See A Cloud Move Means Big Changes for IT Operations.

The rapidly moving leaders in each industry, the new companies that are attracting venture capital funding, and the web companies that seem to expand their boundaries so fast that no competitor can catch up with them are all the organizations that have heeded the message that "software development is so ubiquitously useful and ubiquitously valuable to the company" that it must move into corporate primacy.

The DBA is perhaps the time-honored IT gate keeper who kept developers in check. Because developers enjoyed poor credibility when it came to data management and data security, the DBA could hold up their code as he checked how their latest work might affect his database schemas. Without his sign-off, code couldn't be pushed into production.

Today, with cloud-based database services, the schemas are found in the database platform and code can be pushed to them through automated verification. For that matter, it can be migrated into a new database system, with automated schema replication.

If the DBA still maintains veto power in your organization, "you're still operating like it's 2005 and you're going to become the crusty old grandpa who keeps saying, 'That's not how we did it when I was your age.'" 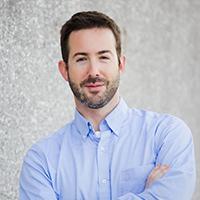 So if you don't necessarily need to become an agile organization to become a developer-focused one, what should IT managers concentrate on to make a successful, modernization transition?

One thing would be to make IT operations more skilled in what Emison termed "Amazon Web Service's random configuration language." In other words, Amazon has its own way of doing things that simply takes some learning, such as how it handles identity and access management and what terms mean when configuring a cloud server. If you're going to connect one Amazon service to another, that's another level of configuration language.

For IT managers that have maintained a focus on their specific server domain or have been pre-occupied with developing Windows applications, it's going to be an adjustment.

If you're a .Net, Cobol or Java developer, it might be time to add to your language expertise with Python or Javascript, although Emison termed Javascript a language "with bad conventions in it. You can write terrible code in Javascript." On the other hand, you can learn more standardized versions, such as ECMAScript or TypeScript. TypeScript is a strict superset of JavaScript that is an open source language, maintained by Microsoft.

Emison would rather not spend the whole session talking about the pros and cons of Go, Rust, or the function-oriented Haskell  (all con) versus Python and Ruby on Rails (pro). "There's a reason that MIT teaches programming using Python as a beginning language. It doesn't use braces. It uses indentation to define a loop," giving a Python programmer a visual cue to see what the program is about, Emison noted.

But it isn't meant to be a session on programming languages. It'll be more about how a culture of development must supercede a culture of operations and how the two will need to proceed hand in hand if the company they serve is to transition itself into the future.

Charles Babcock is an editor-at-large for InformationWeek and author of Management Strategies for the Cloud Revolution, a McGraw-Hill book. He is the former editor-in-chief of Digital News, former software editor of Computerworld and former technology editor of Interactive ... View Full Bio
We welcome your comments on this topic on our social media channels, or [contact us directly] with questions about the site.
Comment  |
Email This  |
Print  |
RSS
More Insights
Webcasts
Fintech at SaaS speed: Navigating the scale & security challenge
4 Practical Tips for Building a Data Lake
More Webcasts
White Papers
4 Key Elements of an ML-Powered NGFW: How Machine Learning is Disrupting Security
A Practical Guide to Enabling 5G Deployments
More White Papers
Reports
Cortex XDR Rides the Forrester Wave as a Leader
The State of CCPA 2021
More Reports

More and more of your company's business will be conducted in software, and rapid software development is a huge competitive factor. Producing code is not the only goal. Frequent updates to a business application or service, along with continuous integration of those updates into production systems is what's needed to keep up with the best companies.
Reply  |  Post Message  |  Messages List  |  Start a Board
InformationWeek Is Getting an Upgrade!