One-third to one-half of the current crop of CIOs will be gone in 5 to 10 years, says the lead researcher for SIM's annual IT trends survey. Do you fit the profile of the CIO of the future? What's top-of-mind for CIOs right now?

10 Books To Turn IT Pros Into Business Pros
(Click image for larger view and slideshow.)

Who is the iconic CIO?

A new survey released Oct. 20 finds the average CIO is 51-years-old, male (89%), and at his current post for about five years. Most were hired to the role from outside their current organization. None of that is probably a surprise. The interesting piece is how these factors are trending, and how quickly they could change in the near future.

"We could lose a third to half of the current batch of CIOs within the next five to ten years," said Leon Kappelman, lead researcher on the Society for Information Management's (SIM) IT Trends Study 2015.

The study has been released in anticipation of the organization's annual conference SIMposium next month.

Kappelman told a panel of technology journalists that he believes we are hitting a watershed moment for CIOs.

"We are seeing more leadership from a generation that grew up with technology," he said, and he expects that trend to continue.

The 36th annual survey provided this snapshot of CIOs, and also provided insights into the technologies their organizations regard as essential today. Here's a closer look at what's on the minds of these key executives. 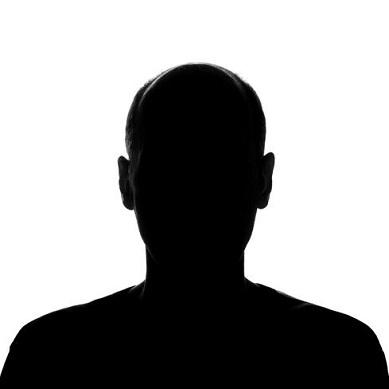 Researchers asked these IT executives from SIM member companies (486 CIOs as part of the 1,218 North American IT pros who completed the survey) a series of questions about their concerns, their organizations' concerns, and their organizations' technology investments. The SIM report then ranked their responses and also tracked which ones had moved the up fastest in the ranking year over year.

Kappelman said today's CIO is more customer-focused than he was in the past and is focused on improving IT in the ways that improve the business, rather than on improving the business directly. Kappelman said he was surprised by that result, which he said revealed a more realistic perspective by CIOs than in years past.

Top IT management concerns were alignment of IT with the business, security and privacy, and IT's speed of delivery. A few of CIOs' top 10 concerns gained momentum this year, moving up in rank significantly compared to last year. Those were innovation, agility and flexibility, and cost reduction and cost control, with those last twin concerns moving up from 17 on last year's ranking to 8 on this year's.

Agility and flexibility also ranked in the top ten things that kept IT executives up at night, moving from 16 last year to 5 this year. Other big movers on this list included credibility, business continuity, and the CIO leadership role.

In terms of the biggest IT investment categories, analytics, business intelligence, and data mining topped the rankings for the third year in a row. For 2015 ERP ranked second (up from three last year) and security and cybersecurity ranked at 3 (up from 7 last year and 14 two years ago.)

IT Skills and Employment Trends

Total IT salaries grew an average of 4.3% for the 507 organizations that responded to the question. And the average salary growth in 2016 for the 460 companies that answered the question is 4.6%.

Those increases point to an improving IT job market, and turnover numbers for the past three years also support that conclusion. The turnover rate in 2015 edged down just slightly to 8.59% from 8.97% in 2014. For organizations reporting turnover, average voluntary turnover was 68.6% versus 31.4% involuntary.

CIOs are more likely to have joined their current companies from outside rather than have moved up the ranks internally. Just about 71% of CIOs came from an outside organization in 2015, and that number as trended slowly upward since 2010 when it was 58%. The number of those coming from the same organization has trended down in that same time frame to just over 29% in 2015 from 42% in 2010.

"We've seen a big increase in CIOs coming from other organizations," Kappelman said. "It's almost as if the C-suite is saying I don't like what I have, and I'm not that impressed with the bench strength here either, so I'm going to go outside and hopefully I'm going to bring about a change."

And that change is part of what leads Kappelman to draw the conclusion that a changeover is coming in terms of turnover numbers for CIOs.

"We see all the other studies that say the rest of the C-suite doesn't have a lot of respect for their IT leadership," he said. "They don't think they create value. So I think IT is in the "earn it" stage. They have to keep the lights on and they have to create value."

CIO of the Future

"It will require strong teams," he said. "CIOs have a complicated gig. They are not just dealing with internal customers, but also with the customers and suppliers of the organization. You can't do that alone, especially in larger organizations."

Jessica Davis is a Senior Editor at InformationWeek. She covers enterprise IT leadership, careers, artificial intelligence, data and analytics, and enterprise software. She has spent a career covering the intersection of business and technology. Follow her on twitter: ... View Full Bio
We welcome your comments on this topic on our social media channels, or [contact us directly] with questions about the site.
Comment  |
Email This  |
Print  |
RSS
More Insights
Webcasts
Key technology trends in 2021 - Making these technologies work for your business
Strategies for Success with Digital Transformation
More Webcasts
White Papers
Sunburst: Impact and Timeline
Key Strategies for Managing New Risks in Cybersecurity
More White Papers
Reports
Enabling Enterprise Resiliency Through Cyberthreat Detection
Protection Strategies for a Cyber-Resilient Organization
More Reports

@TonyH608 I would say it depends on the Co. and the way Co. planing for the future... as this days everyone planing to have IT off site... or on contract...
Reply  |  Post Message  |  Messages List  |  Start a Board

Tony, I like that bet. CIOs vs. journalists and thought leaders. I agree with you that thought leaders will be gone by 2020 ... replaced by another term for the same kind of mostly hot air. However, journalists ... they will survive CIOs, just like they pre-date CIOs. What's your wager?
Reply  |  Post Message  |  Messages List  |  Start a Board

YOU KNOW...CIOS may retire but the role is still needed. It will not be replaced by CDOs, CAOs or others as they have no internet skills or things skills. The real time digital democracy is all about the API Economy hence you need to have IT Pros and managers around. Analytics will be part of the IT Pro command set in the cloud. Look at what IBM,MS ORACLE DELL and others are doing with products and training and you will see IT is more important than ever. I would say that thought leaders, article writers and private math companies are likely to dissapear soon with all the inaccurate statements they present... Roll on 2020 to see who it right...
Reply  |  Post Message  |  Messages List  |  Start a Board
Editors' Choice
Hot Topics

More Informa Tech Live Events
People Are The Most Important Part of Autonomous SOCCybersecurity's Next Wave: What You Should KnowStrategies for Success with Digital Transformation