SAP Lays Out Its Internet Of Things Platform - InformationWeek

SAP today laid out its vision for integrating the Internet of Things into a company's enterprise software. SAP envisions an IoT architecture that builds on its existing data and application services such as predictive analytics and telematics, and that also puts some of the data crunching out on the network's edge.

SAP's new IoT services -- announced at Sapphire 2015 -- add functions such as device management and IoT messaging to the company's data and application services, creating what SAP calls the "device cloud." By tying the S/4HANA applications to the IoT services, SAP expects to enable near real-time uses, such as predictive maintenance, by including data modeling functions. 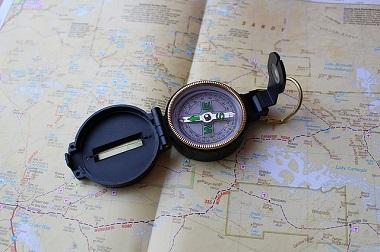 One of SAP's architectural keys for the IoT is that some level of analysis and device control should be done on the edge: Every single sensor won't communicate directly with the S/4HANA application stack at the enterprise core. To make it easier for customers to deploy IoT applications at the edge, SAP is including (for a limited time) unlimited access to the SAP SQL Anywhere suite. This suite, based on technology SAP acquired in its Sybase acquisition, provides lightweight, embeddable databases for remote devices. The idea is that the results of this edge analysis can then be communicated to the new SAP HANA Cloud Platform for IoT uses.

SAP listed a number of key partners in its IoT services. One is Siemens, which has chosen SAP HANA Cloud Platform to build the Siemens Cloud for Industry. Siemens bills it as an open cloud platform for analyzing large industrial datasets and envisions companies using sensors to provide data for predictive maintenance and analysis of process efficiency. Using the processing power of S/4HANA, companies could fine-tune processes and devices to optimize manufacturing and supply chains, said Peter Weckesser, CEO of Siemens Customer Services Division.

SAP also announced a partnership with Intel to more tightly integrate Intel controllers and sensors with the S/4HANA ecosystem. The first step in the collaboration is a joint proof of concept to integrate the Intel IoT Gateway with the SAP cloud.

SAP pointed to CenterPoint Energy as an early user of SAP IoT services, as the utility company deploys smart meters and an intelligent grid in the Houston area.

The new system saves both customers and CenterPoint time and money, Hayes said. The company processes over 8 million service orders each year. It has reduced the time to service from two days to less than 30 minutes. The reduction let the company reduce the fee-for-service changes, saving customers $24 million in fees and months of waiting time.

In addition, CenterPoint is using the SAP IoT Cloud to experiment with smarter, more responsive energy management for the future. Hayes talked about pilot tests in which the company controls energy-intense devices such as air conditioners on a second-by-second basis for load management and demand reduction.

CenterPoint also is working on an app on HANA to use predictive analytics to spot pending failures and do repairs. There are many point-of-failure and severity factors that go into an algorithm to predict where things are likely to break in the event of a storm or major event.

When SAP talks about the Internet of Things, use-cases, such as predicting repairs and monitoring and controlling industrial or medical processes, are what it's focused on. Today's announcements indicate that the company intends to see data from those processes rolled into the enterprise from the edge to the center.

Curtis Franklin Jr. is Senior Editor at Dark Reading. In this role he focuses on product and technology coverage for the publication. In addition he works on audio and video programming for Dark Reading and contributes to activities at Interop ITX, Black Hat, INsecurity, and ... View Full Bio
We welcome your comments on this topic on our social media channels, or [contact us directly] with questions about the site.
Comment  |
Email This  |
Print  |
RSS
More Insights
Webcasts
The Failures of Static DLP and How to Protect Against Tomorrow's Email Breaches
Protecting Your Enterprise's Intellectual Property
More Webcasts
White Papers
Two-Factor Evaluation Guide
Transforming the Corporate WAN: Enterprise Network Insights
More White Papers
Reports
2020 Threat Hunting Report
2020 State of Cybersecurity Operations and Incident Response
More Reports