The irony of the storage industry is that as data volumes continue to soar and storage budgets grab a larger share of overall IT budgets, the system vendors positioned to profit from those trends are under intense financial pressure. The aggregate growth rate of storage vendors is flat to negative, as cheaper technology alternatives emerge and as some cash-strapped customers delay their storage purchasing decisions, in part to evaluate alternative models such as cloud, virtualization, and even open source.

NetApp, one of the industry's leading vendors, is feeling that pressure. In its most recent quarter, the company's revenue was relatively flat -- down 1.2% from the year-earlier quarter to $1.61 billion -- though its gross profit was up 3.9% to a very healthy $1 billion.

In a wide-ranging interview just prior to NetApp's third-quarter financial report, CEO Tom Georgens emphasized the company's strengths as a "data management" vendor and integrator, that it's not just a purveyor of commodity storage systems. What follows are his responses about cloud competitors, the CIO role, software-defined storage, the Edward Snowden effect, and more.

We started off discussing how customers' pain points are different from, say, two years ago:

"Customers have a set of options today, whether they're business model options or technological options, things like flash, clustering, or more generally the cloud," said Georgens. "So there's a transition of IT professionals from being effectively owner-operators to figuring out the role of external services, whether it's software-as-a-service, traditional enterprise services, or hyper-scale services. And that's a relatively deliberative process for them. The conventional language is that they're moving from builders to brokers. But I think a more accurate view is that they're moving from builders to integrators/brokers. Because it's not enough to buy a bunch of services. They need to integrate them into a bunch of solutions that their clients can consume." 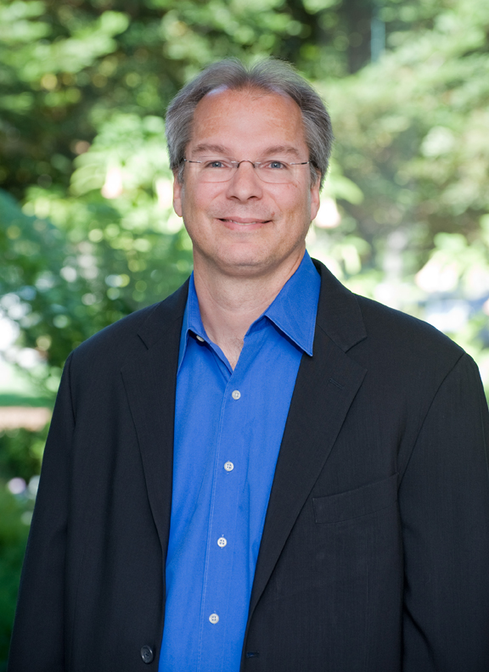 Georgens: "The opportunity for CIOs to differentiate and provide competitive advantage for the firm might be greater than it's ever been."

And that led to what Georgens called a "thought experiment":

"Our view in the end is that NetApp is an integrator of technologies that deliver customer solutions. I view flash, the cloud, disk drives, DRAMs, processor technology, as just things that integrate into a data management scheme… The more things that are managed by Data ONTAP [the company's data management platform] is money in the bank for us.

"The conventional wisdom in the industry is that with tight IT budgets people are extending equipment lifecycles, they're driving higher utilization, and they're using storage efficiency features that they might not have used in the past… I also think there are a lot of customers who are asking: Should I build another datacenter now, that I'm going to be wedded to for 21 years? Maybe today the alternatives aren't viable, but in three or four or five years maybe they will be, and therefore [they're asking]: Should I do something in the interim? Should I do the next upgrade of my ERP system instead or consider something else before buying more storage?"

As IT organizations move from being builders of systems to integrators/brokers, doesn't that imply a less strategic role for CIOs and their people?

"The classic CIO question is how do they get a seat at the table, how do they become part and parcel of the operation of the business. If you want a seat at the table as part of the policy-making and decision-making apparatus of the company, you need to be adding competitive advantage to the firm at the level of all the other people with a seat at the table. Now with more technologies and more options, the ability to enable the business to become more flexible and agile is greater than when the CIO was purely a builder.

"When you're just a builder, everybody's playing by the same rules. They have the exact same toolbox, and it's hard to differentiate. The opportunity for CIOs to differentiate and provide competitive advantage for the firm might be greater than it's ever been. However, the risks associated with being a CIO are also greater than they've ever been."

As storage becomes more "software-defined," will NetApps' competitive differentiation increasingly be in the software? Will storage hardware become more of a commodity?

"Over time, the primary differentiator will be integrated systems. I think we need to take a step back on software-defined. Ultimately, what software-defined is is a set of common data services that can manage all the storage in my enterprise. From NetApp's point of view with ONTAP, we've been on that kick all along, long before we called it software-defined. We didn't build five different products. We built one product. Whether it's SAN or NAS or backup or archiving or whatever, it's all managed by Data ONTAP. So the fundamental premise that customers want a single set of data management throughout all different data types -- I truly buy that."

Georgens referred to NetApp's partnership with Cisco on FlexPod, their jointly

"When I think about software-defined, I think there's a kind of conundrum here. The ability of customers to integrate technology is going down, which is driving interest in technologies like FlexPod. So if customers see value in the integration at the server, networking, and storage level, then in the software-defined world we're actually disaggregating further. So for a substantial amount of customers, integrated hardware-software is going to be the primary delivery vehicle."

But Georgens acknowledged that "another set of customers" will "assemble enough R&D capability in one place" to build their own systems. For example, the Facebook-led Open Compute Project, whose members include Fidelity and Goldman Sachs, has started to share server hardware designs publicly. The group's work eventually could lead to open source networking and storage systems as well. Certainly, the biggest financial services companies already have that internal R&D capability. (When I interviewed Georgens, he was in New York partly to meet with those customers.)

Are some companies moving in the direction of building their own storage systems?

"They're clearly under pressure and are trying to go in that particular direction," he said. "But one of the things in storage that is a little bit different from networking and servers is that networking and servers for all intents and purposes have no state. Once I execute an instruction, it's ancient history. Once I pass a packet, it doesn't matter anymore. The thing about storage is that once you store a piece of data, you have to worry about it forever. So the storage management problem is a lot more complex and therefore it's a lot more difficult to commoditize in that dimension. While there's no doubt that customers would like to go white-box equipment across the board, in some segments that's a lot easier than in other segments."

Which elements of storage are moving to the cloud rather than staying on-premises?

Georgens referred to "speculative" or temporary workloads -- for proofs of concepts, new business ventures, test and development, load testing -- "things where the elasticity of the cloud is compelling." He also cited "low-utilization workloads" -- archiving, backup -- where the pricing model of cloud services "doesn't work against you."

"We could ignore or badmouth [the cloud], but the problem with badmouthing technology is that if it really is in the customer's best interests, you lose credibility. Another route is to try to create an analog to compete against it. And I do get that question from time to time: Will NetApp build a storage-as-a-service? The fact is, that's not what our balance sheet looks like. Operating a datacenter is not our skill set. And I'd be competing in some cases directly against our customers."

Georgens went on to say that storage in the cloud is difficult to "operationalize."

Following the Edward Snowden leaks and revelations about National Security Agency surveillance of people and companies, will multinationals increasingly insist that their data -- whether in the cloud or on-premises -- live outside the US to comply with privacy laws in other countries?

"The Snowden revelations upped the heat, but this dialogue has been going on all along," Georgens said. "There's not a single multinational company I talk to that doesn't have concerns about dealing with the migration of data across country boundaries. Even before the Snowden situation, certain countries, particularly European countries, viewed the US as being lax from a security and a privacy perspective. Snowden is the latest example, but what they will always point to is the Patriot Act.

"I'll admit that early on I was dismissive that this was a glorified jobs-protection program -- and no doubt there's an element of that in all of this thinking. But more generally, regulation regarding the migration of data across country boundaries… you should expect that to continue to be enhanced. Customers are asking us: How do we maintain sufficient metadata so that we know where data is created, where it lives, and where it moves?"

Rob Preston currently serves as VP and editor in chief of InformationWeek, where he oversees the editorial content and direction of its various website, digital magazine, Webcast, live and virtual event, and other products. Rob has 25 years of experience in high-tech ... View Full Bio
We welcome your comments on this topic on our social media channels, or [contact us directly] with questions about the site.
Comment  |
Email This  |
Print  |
RSS
More Insights
Webcasts
Building Asset Management into Your Enterprise Security Strategy
Cybersecurity Risk Management
More Webcasts
White Papers
IDC Market Share: How the Network Is Used to Unmask the Adversary
Addressing Complexity and Expertise in Application Security Testing
More White Papers
Reports
Dark Reading Report: Battle for the Endpoint
2021 Top Enterprise IT Trends - Network Computing
More Reports
Copyright © 2021 UBM Electronics, A UBM company, All rights reserved. Privacy Policy | Terms of Service