I grabbed the chance recently to talk with Homes.com VP of Technology Dan Gaertner about his company's mobile app development strategy. Home buying and renting has gone digital and mobile, and Homes.com sees a big spike in weekend traffic as people drive around looking at properties they've tracked on their phones or tablets.

Here are four quick-hit ideas I picked up talking with Gaertner:

Think travel time, not distance.
Homes.com's newest rental app lets people put in key destinations -- work, daycare, boyfriend's home, favorite bar -- and the app tells how long it usually takes to drive from a would-be new apartment to those locations. Using a smartphone's GPS, it can also tell how far those key spots are from your current location, so you can cruise different neighborhoods knowing where you are, in relation to the places that matter.

Ten miles in New York isn't the same as 10 miles in Kalamazoo. "We wanted everything to be location-based and time-based," Gaertner says.

Gaertner says processing the data volume is a challenge, because the app is sending a higher amount of data back and forth all the time as it recalculates driving distances based on location. But the key insight here is that Homes.com is taking advantage of real mobility, and applying basic smartphone capabilities such as GPS to improve its customers' experience and its business.

Seven keywords means multiple apps.
Homes.com has its flagship home buyer-and-seller app for the iOS and Android platforms, but it also offers an app just for rentals, and another for mortgages aimed at people unsure whether to rent or buy. To get in front of as many eyeballs as possible, "our approach is to put out as many niche apps as we can to reach a broader audience," Gaertner says.

With iOS, he says, you get seven keywords to connect to a person's search. Renters have different keywords from homebuyers, so the company needs more than one app.

Homes.com uses Appcelerator to develop and manage these apps on the different platforms. Using Appcelerator, developers with strong Javascript skills and experience with back-end programming languages such as PHP and .Net can thrive. "You're not actually developing in iOS and Android languages."

Video is a game-changer... someday.
Homes.com lets users upload a video walk-through of a home. The problem: "You need to get the agent to adopt it," says Gaertner. "The consumer is ready." The company's site doesn't have a lot of video listings because agents have been cool on the technology. 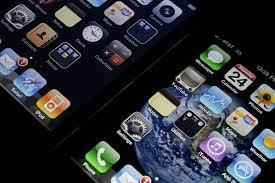 Video is stuck at this nascent stage for a lot of companies. We're just starting to see it used in areas such as customer service and insurance claims. IT organizations need to be ready, because the reality is that most of us are walking around with quite good video cameras in our pockets. When customer demand for video, or one-on-one video interaction, does hit, it's sure to strain networks and require new operating procedures to deal with video response and interaction.

The mobile majority is coming.
Many a company is watching the same mobile growth trend line Gaertner is seeing: Somewhere around midway through this year, more than half of activity for Homes.com will come from smartphone or tablet users. "Our mindset even a year ago was desktop, desktop, desktop, and then mobile followed. Over the last eight months, it's been mobile first, desktop second."

Getting everyone to think "mobile first" took some education. The key has been sharing data: traffic stats from Omniture that show the mobile growth trend, as well as data that shows mobile users are slightly more valuable customers in terms of what loans or rents they qualify for and in terms of conversion rates.

Working mobile first isn't a huge technical shift in terms of the skills people need. But it does take a change of mindset. "If we're going to develop a new feature, we're going to do the brainstorming on how it will impact the mobile experience," Gaertner says. "Then we'll take that and finalize it, and if that translates to the desktop, we'll take it there."

Chris Murphy is editor of InformationWeek and co-chair of the InformationWeek Conference. He has been covering technology leadership and CIO strategy issues for InformationWeek since 1999. Before that, he was editor of the Budapest Business Journal, a business newspaper in ... View Full Bio
We welcome your comments on this topic on our social media channels, or [contact us directly] with questions about the site.
Comment  |
Email This  |
Print  |
RSS
More Insights
Webcasts
Architecting Security for the Internet of Things
The Pesky Password Problem: Policies That Help You Gain the Upper Hand on the Bad Guys
More Webcasts
White Papers
5 Key Steps for Assessing Your Security Effectiveness
The $500,000 Cost of Not Detecting Good vs. Bad Bot Behavior
More White Papers
Reports
IDC FutureScape: Worldwide Digital Transformation Predictions
Special Report: Edge Computing: An IT Platform for the New Enterprise
More Reports