It's All About The Applications, Stupid - InformationWeek

For those who'd sacrifice application performance and uptime to save a few bucks: Have you lost your mind?

Cost savings is a perfectly admirable IT goal. But is it worth it when it comes at the expense of users' satisfaction with the availability and performance of the applications they need to perform their job every day?

Your answer to this question will depend on what you do. If you're a CFO or other financial type, your answer might be a resounding "Yes! Users? What are users?" However, your status as a -- and I'll just say it -- bean counter doesn't make you right.

If you're an IT pro, particularly one who interacts with users every day, you recognize that application performance is key to maintaining their happiness. Here are some basic tenets on how people are accessing and using their applications that have changed over the past five years.

First, we've become much more mobile. It was only seven years ago that the iPhone was launched. Almost immediately employees started expecting to use it in the workplace.

[Are you maximizing morale? See 5 Steps To A Healthy IT Culture.]

Second, everybody is working more hours, with larger workloads and an expectation of higher productivity, and all that work is now dependent upon applications. Twenty years ago, about the only people using applications regularly were secretaries (who spent about half their day typing in WordPerfect) and accountants (who spent about two-thirds of their day in Lotus 1-2-3). Speed wasn't much of a concern. Shucks, just considering how much faster a word processor was than an electric typewriter kept most secretaries in heaven until the turn of the century.

But today we're all engaging with myriad applications on PCs, notebooks, tablets, phones, and more devices to come, and we're accessing work applications "after hours" as well as at the office. As such, always-available, high-performance applications are essential for almost every person who has a job.

Ah, but if only it were that simple. The real problem is that delivering those applications involves a highly complex array of end-user devices, services, service providers, and connectivity methods. The IT pro is the face of all of those backend "black box" components that the end user doesn't really care about. The only thing the end user is thinking is "Just make the application work! Please!?" 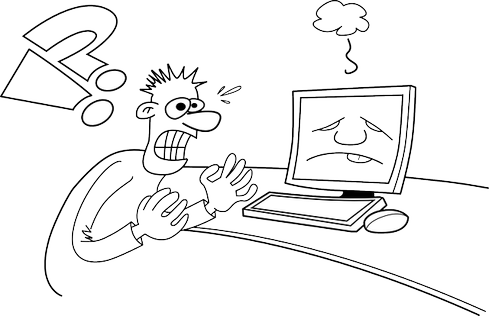 Users also contribute to this complexity with their immediate-gratification mentality. They want 100% availability and optimal performance, and they demand instantaneous fixes when things go awry. But they're not going to get instantaneous fixes -- remember the complexity of the back end I just described? But they're going to demand them nonetheless. IT pros are going to have to step up their game.

Oh, here's a parting shot for the bean counters: Poor-performing applications or, worse, unavailable applications are productivity drains, costing companies tens of thousands of dollars to millions of dollars annually, depending on company size. And for those CFOs who'd sacrifice application availability and performance to save a few bucks, consider how your own financial teams would function without their spreadsheets and enterprise financial applications.

So IT pros: Rather than bend to the will of your money-minded brethren, your rally cry needs to be: It's all about the applications, stupid!

If the world wasn't changing, we might continue to view IT purely as a service organization, and ITSM might be the most important focus for IT leaders. But it's not, it isn't and it won't be -- at least not in its present form. Get the Research: Beyond IT Service Management report today (free registration required).

Lawrence Garvin, head geek and technical product marketing manager at SolarWinds, wrote his first computer program, in RPG-II, in 1974, to calculate quadratic equations. He tested it on some spare weekend cycles on an IBM System 3 that he "borrowed" from his father's ... View Full Bio
We welcome your comments on this topic on our social media channels, or [contact us directly] with questions about the site.
Comment  |
Email This  |
Print  |
RSS
More Insights
Webcasts
How Elite Analyst Teams are Transforming Security with Cyber Reconnaissance
Strategies for Success with Digital Transformation
More Webcasts
White Papers
How to Prioritize Risk Across the Cyberattack Surface
Seven recommendations for a Successful SD-WAN Strategy
More White Papers
Reports
2020 State of Cybersecurity Operations and Incident Response
2020 State of DevOps Report
More Reports

It's an odd relationship for sure but I don't think it's all wrong.  IT is systematic in the same nature as accounting and it tends to be knowledge work not physical labor so in some ways IT fits quite well.  The key here though is not so much where IT reports but where it is effective, just because your head of IT reports to a financial head that doesn't mean that they should be driven from the financial side.  I straddle that line between the CFO who I report to and the COO who I tend to do most of my work for.
Reply  |  Post Message  |  Messages List  |  Start a Board

@ David.  yeah, those are the ideas that you just keep it to yourself.  Users get very irritated if their programs do not work as they use to  People are creatures of habit.  If decreasing the price, but decreasing application performance it may not be worth those extra bucks in saving.
Reply  |  Post Message  |  Messages List  |  Start a Board

There is certainly some tension when it comes to CFOs versus IT managers. CFOs must spend their time figuring out how to control costs. But IT is an expensive cost that is hard to control.

I know just how difficult the relationship can be in these particular respects.
Reply  |  Post Message  |  Messages List  |  Start a Board

That's a legacy that needs to go sooner rather than later, IT reporting to Finance. Who decided knowing a debit from a credit made them most qualified to manage the IT function? I suspect they inherited it by default because no one else wanted IT reporting to them.
Reply  |  Post Message  |  Messages List  |  Start a Board