IT organization budgets look happy and positive on the surface, but there's less money for maintenance and more for cloud and software development. The signs point to tumultuous times ahead.

IT organizations are increasing their budgets and hiring and salaries, according to the most recent SIM IT Trends study for 2017. But while the report looks very positive on the surface, IT pros need to gird themselves for uncertain times.

That's according to Leon Kappelman, primary investigator on the survey for the Society for Information Management organization (SIM) and professor of information systems at the University of North Texas, College of Business.

Kappelman told InformationWeek in an interview that we are in the midst of a "very tumultuous" period, as corporate technology spending is undergoing a significant change. There are big drops in the budget amounts going to hardware, software, and facilities, and more money spent on cloud.

"Everything looks very happy and positive from 50,000 feet," Kappelman told InformationWeek in an interview. "But when you look under the hood, things are very tumultuous." 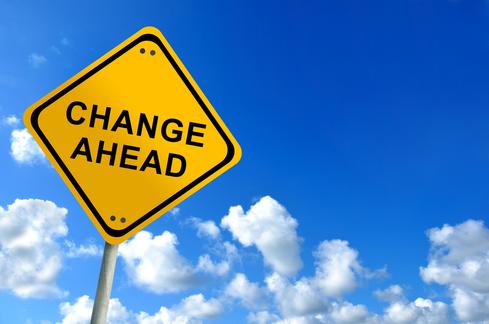 For instance, for the first time in eight years, investments in ERP fell out of the top four largest IT investments.

"While clearly still of vital importance to many organizations, this may suggest a level of maturity in these systems which allows IT investment dollars to be allocated elsewhere," Kappelman wrote in the report. "Anecdotal evidence also indicates that ERP and financial applications are moving to the cloud, while new investments are going to upgrade and integrate legacy systems that are unique to the business or used to drive business decision making; for example, analytical extracts from cloud-based financial data."

This year mark's SIM's 37th annual IT Trends Study, and the report is based on survey responses from 1,213 individual SIM members, including 490 CIOs, and representing 801 unique organizations. SIM members range in size and economic sector, but the average annual revenue of responding organizations this year is $4.75 billion, and the median is $500 million.

Analytics/Business Intelligence/Data/Mining/Forecasting/Big Data remained number 1 on the list of the largest IT investments for the seventh year in a row, and IT pros also identified this as the number one area that should get more investment.

CRM ranked as number five, edging out ERP which fell to the number 6 position, down from number two last year.

IT budgets increased this year by 4.15% on average, down from 2016's 4.6% increase, but still represent solid growth, according to this year's SIM survey. Funding for contractors and consultants is down slightly, but allocations for employees are the same. In spite of a steady budget for IT employee costs, the average number of IT employees per company grew year-over-year. Average IT salaries increased by 3.5%.

But there's an even bigger change happening among CIOs themselves, Kappelman said. This year's survey showed more CIOs coming from non-IT fields. In past years the percentage of CIOs that fit that description was in the single digits (with the exception of 2014 when it hit 10.2%). This year it surged to 17.5% of CIOs, Kappelman said.

"That's a gigantic increase -- nearly double," Kappelman said. "That's huge. My sense is that senior leadership is saying that I don't like the potential CIO candidates coming out of IT." Leadership is likely looking for CIOs with more business than technology knowledge in these cases, Kappelman speculated.

While cybersecurity breaches and hacks continue to dominate headlines, this year's survey reveals that organizations continue to remain tentative in their approach to security. Kappelman pointed out that only 46% of organizations have a CISO. Only 60% require training for all employees on how to avoid certain attacks such as phishing.

Overall, this year's report shows significant changes yet to come for IT organizations, with spending on basic services going down, but spending on software development and cloud increasing. So what's Kappelman's advice for IT pros and CIOs in this new environment?

"If you don't want to keep learning, go find another career," he said. "You won't be able to survive otherwise."

Jessica Davis has spent a career covering the intersection of business and technology at titles including IDG's Infoworld, Ziff Davis Enterprise's eWeek and Channel Insider, and Penton Technology's MSPmentor. She's passionate about the practical use of business intelligence, ... View Full Bio
We welcome your comments on this topic on our social media channels, or [contact us directly] with questions about the site.
Comment  |
Email This  |
Print  |
RSS
More Insights
Webcasts
Building the SOC of the Future: Next-Generation Security Operations
ROI and Beyond for the Cloud
More Webcasts
White Papers
A Practical Guide to SASE Migration
Passwordless: The Future of Authentication
More White Papers
Reports
2020 State of DevOps Report
DNS Network Traffic Volumes During the 2020 Pandemic
More Reports

As soon as more and more non-IT people involved to the high-tech processes cybersecurity would become very important. You don't give access to rookies to product  coding, but a lot of people have master-passwords to servers etc.
Reply  |  Post Message  |  Messages List  |  Start a Board

Well, of course I'd argue that Analytics would remain in the number 1 spot.  And another really interesting piece to me is how organizations will integrate analytics into their user-facing software as has been modeled by much-admired companies like Uber and Airbnb. Looks like everyone else wants to catch up with that.
Reply  |  Post Message  |  Messages List  |  Start a Board

Software/application development and maintenance, moving from priority 11 in 2011 to four in 2015 and number two in 2016 should tell us how important new software is to business survival. In 2017 or 2018 it is likely to be number one and remain there for the foreseeable future. Software is eating the world, as a weoll known browser developer says.
Reply  |  Post Message  |  Messages List  |  Start a Board
Editors' Choice
Hot Topics

10 IT Trends to Watch for in 2021 Cynthia Harvey, Freelance Journalist, InformationWeek,  12/22/2020
White Papers
The Network for Whatever's Next; A CxO Guide
A Practical Guide to SASE Migration
The Trouble with Phishing
2020 SANS Enterprise Cloud Incident Response Survey
From MFA to Zero Trust