50%
Tweet
After Obama administration announces plans to give up US control of ICANN, political partisans howl. But international governance makes sense.

The Internet was envisioned as a global network, free of the shackles of political borders. It evolved further towards that last week when it put central coordination for domain names and IP addresses into the hands of an actual global entity instead of a US government sidecar. Cue conspiracy theory and xenophobia. "Obama's giving away the Internet!" But is this level of freakout based on historical data or anything factual? No.

A quick refresher. ICANN is the "Internet Corporation For Assigned Names and Numbers." They're the ones who coordinated those lovely new DNS top level domains (TLDs) like .Coffee, .Shoes, and, of course, .Sexy. But expansionism and marketing aside, the important thing about new TLDs is that they also allow citizens in countries to type in their own language when accessing the web. Imagine that. So, instead of having to type "hunger.game", a Chinese citizen might type "饥饿.游戏", using the new ".game" (游戏) Chinese language TLD. This basic need has only been met because of greater international participation in ICANN.

ICANN also globally allocates Internet numbers to providers, although in practice, ICANN doesn't micromanage the huge blocks of addresses that it delegates to regional authorities. The detail is left to the Regional Internet Registries (RIRs) like ARIN (American Registry for Internet Numbers) and APNIC (Asia-Pacific Network Information Centre).

ICANN is also responsible for doing boring but essential work like crafting policies for the use of IPv6, not for the US, but for nations all over the globe who use Internet Protocol. So why is it such a big deal to transition ICANN away from control of National Telecommunications and Information Administration (NTIA), an agency of the US Federal government? Well, it's not, if you're not the US government or a US partisan chanting "USA! USA!"

And there are plenty of those. "Without the U.S. government providing an effective backstop to ICANN's original operating principles, there would be no mechanism in place to stop foreign governments from interfering with ICANN's operations," declares Daniel Castro, senior analyst with the Information Technology and Innovation Foundation, a public policy think tank based out of Washington, D.C. Um, because the US has done such a great job at being a backstop against foreign governments engaging in other hateful activities like human trafficking? Not quite.

[What will this mean for security? Read Defense Department Adopts NIST Security Standards.]

US Senator Tim Scott said, "The 'global Internet community' this would empower has no First Amendment." And Newt Gingrich tweeted last week that "Every American should worry about Obama giving up control of the Internet to an undefined group. This is very, very dangerous."

To be sure, ICANN's role is important, and uncorrected missteps could create serious problems. But you cannot expect other countries to stand by forever while a so-called global Internet's future is steered by one country. The global financial system is similarly important, but it's not completely controlled by the US either. 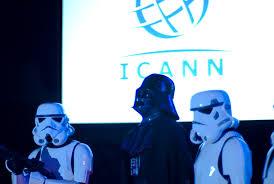 It's also impossible to overlook that the US has lost global trust. Foreign business has lost trust in "made in USA" tech because of NSA fallout; we shouldn't expect the international community to be satisfied when the US continues to be the contracting agency for ICANN.

But does it really matter who contracts with ICANN as long as global issues are addressed? The whole point of the Internet is that it is a relatively decentralized and robust network that no single entity controls.

Larry Strickling, administrator of the NTIA, allaying fears that foreign powers might step into an ICANN power vacuum, said that the U.S. won't go through with it unless it's sure that ICANN won't be picked up by a foreign government or a coalition of foreign governments. Whether or not they can be "sure" remains to be seen. It's more than likely that various nation-states, including the US, will be trying to stack the deck of governance given the amount of paranoia flying around. That's what we really need to worry about.

But the bottom line is: today, we trust ICANN, under contract to the NTIA, to manage DNS, delegate control of IP addresses, and deploy things like DNSSEC to the root DNS zone. The Internet is a hierarchical system with areas of autonomy (such as the RIRs). It's not such a stretch to think, if ICANN continues to operate "under contract" to a board of governors, that they will continue to do the same things and that events will continue along the same path, despite cries of possible censorship.

But the essential logic error in the hue and cry is this: that the Internet as we know it -- beyond the DARPAnet, beyond BITNET -- could not have happened without significant global cooperation and international effort. It is something of a testament to citizen-scientists and engineers working together regardless of politics or national origin. The fact that it works at all means that the governance model works.

Jonathan Feldman is Chief Information Officer for the City of Asheville, North Carolina, where his business background and work as an InformationWeek columnist have helped him to innovate in government through better practices in business technology, process, and human ... View Full Bio
We welcome your comments on this topic on our social media channels, or [contact us directly] with questions about the site.
Comment  |
Email This  |
Print  |
RSS
More Insights
Webcasts
Emerging Security Threats Your Enterprise Should Be Aware Of
Why Performance Testing is More Critical Today
More Webcasts
White Papers
2019 Software Exploits, a Technical Deep Dive into Vulnerabilities
SOC 101
More White Papers
Reports
The New Face of IT Automation
State of Cybersecurity Incident Response
More Reports

Is anyone surprised that the Newts of the world are boiling a complicated topic down to their one and only soundbite?
Reply  |  Post Message  |  Messages List  |  Start a Board
Editors' Choice
Hot Topics

More Informa Tech Live Events
Now That Ransomware Has Gone Nuclear, How Can You Avoid Becoming the Next Victim?Emerging Security Threats Your Enterprise Should Be Aware Of5 Ways to Jumpstart AI