Google I/O: A To Z - InformationWeek

Google delivered a stream of new announcements over the course of two and a half hours during its I/O keynote address today. Nearly all the news centered on Android and its derivatives, which include a number of new platforms. Here's a quick rundown of everything Google announced:

Like Apple's CarPlay, Android Auto will let Android owners connect their device to their car and interact with key apps and services. The base functions include the phone, mapping, and music apps, as well as Google Search. Android Auto relies heavily on Google Now, Google's voice-controlled personal assistant. Android Auto will show up in cars from more than two dozen makers beginning late this year.

Google played coy with the next version of Android during the I/O keynote, referring to the upcoming platform only as "Release L." Google, which uses desserts to nickname the different versions of Android, is set to pick "L" for the next iteration of the platform, but the company didn't say if it will be Lollipop, Lemon Drop, or Linzer Tart. (Most believe it will be Lollipop.) Google did offer a few details about the next generation of Android. To start, Android L has been given a brand-new look thanks to Material Design, which will be used across Google's various platforms. Google also delivers improvements to the system's performance across a wider range of hardware. Last, Google said Android L will bring notable improvements to battery life. Android L won't be available until the fall, though developers will have access to it this week.

[How will Google fight back against its three biggest competitors? Read Google I/O: Pressure Is On.]

Google wants Android to reach the next billion people. For that to happen, those people must be in emerging markets where devices are cheap. Android One is a reference program that gives equipment makers a base platform on which they can make inexpensive hardware. Android One is targeting India first, with OEMs such as Karbonn and Micromax.

Google is going after the living room with Android TV, a new platform that can be embedded directly in TV sets or installed on a stand-alone box. Google already has several TV makers working to put Android TV into their 2015 sets, but stand-alone boxes will be available in the fall. Android TV takes Chromecast to the next level and supports Play Store content directly, without a nearby smartphone or tablet. Further, it supports the Google Play Games platform (and even physical game controllers) for multiplayer gaming. A number of third-party content apps, such as Netflix, are working on their own Android TV apps. Of course, Android TV can be controlled by Android smartphones and tablets. 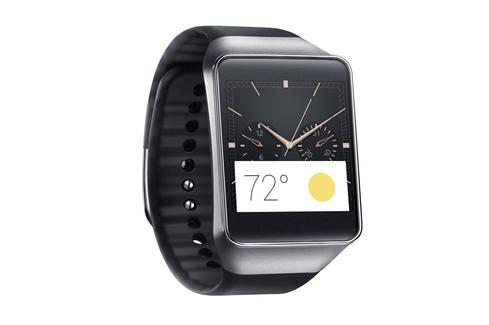 The full Android Wear SDK, which has been in preview for several months, will launch on Thursday. With Wear, developers can create apps that function on devices such as the LG G Watch and Samsung Gear Live, both of which were announced today. Most of Wear's functions focus on delivering smart notifications to the watch, but some apps go so far as to allow wearers to order pizza. Much of the interaction is based on voice commands. The two smartwatches can be ordered starting on Wednesday from the Play Store.

IT admins will like this one: Android for Work is based on Samsung's Knox enterprise security platform. It allows businesses to separate corporate from personal information on employee devices. IT will have full control over the business data, including the ability to lock it or wipe it, without touching the personal data. While most of today's announcements require Android L Release, Android for Work will support Android versions back to Ice Cream Sandwich.

Google is making its Chrome platform play more nicely with Android. For example, Android devices will be able to push their apps to Chromebooks, which can be used to access and control the apps. Google also talked about Chrome for Education, a new storefront specifically for schools.

Google Fit can be likened to Apple's HealthKit. It is a new platform that will let Android device owners manage their various health and fitness apps and gather all the data in a single place. Developers will be able to add Google Fit to their apps. The SDK will be available in the days ahead.

Google made no mention of Google+, its dead-in-the-water social network, nor did it talk about Google Glass, its polarizing wearable.

While developers will have access to most of these tools and apps within days, most people won't be able to take advantage of them until Android Release L goes live in the fall.

Eric is a freelance writer for InformationWeek specializing in mobile technologies. View Full Bio
We welcome your comments on this topic on our social media channels, or [contact us directly] with questions about the site.
Comment  |
Email This  |
Print  |
RSS
More Insights
Webcasts
Securing and Monitoring Networks in the 'New Normal'
How Elite Analyst Teams are Transforming Security with Cyber Reconnaissance
More Webcasts
White Papers
The Insecure State of Microsoft Teams Security
From MFA to Zero Trust
More White Papers
Reports
2020: Threats in Review
How Data Breaches Affect the Enterprise (2020)
More Reports

Yes, battery life is one of those things that we've almost stop complaining about.  I honestly think that the push for all manufacturers to use a micro USB plug for charging was an attempt to keep us quiet since it would be easier to find a charger.  When I travel I'm still amazed what people will do to charge their smart phone and I think that's a good indication that battery life is still way behind the technology curve.
Reply  |  Post Message  |  Messages List  |  Start a Board

@saneIT: Battery life increase would be a good news for most techies swooning with problems over the low battery life of most android phones (which generally decrease over time and the phone starts to lag because of insufficient power supply), and that it works over a range of hardware means that it would be more scalable and affordable.
Reply  |  Post Message  |  Messages List  |  Start a Board

@peterthomas710: Google still has a long way to go. It is one of the most high tech companies about and it is bound to make improvements that are considered helpful but radical.
Reply  |  Post Message  |  Messages List  |  Start a Board

I think Android Auto will be crucial in the future and with this, Google may have well announced that it would be developing third party software and apps for car automations. Not only that, Google Fit would be quite a nice addition for people crazed about wearable technology but do not know how to control the data output from these devices.
Reply  |  Post Message  |  Messages List  |  Start a Board

Thanks very much for the recap, Eric. This is the kind of stuff I'd expect to see covered in bits and pieces over the next couple of weeks around the blogosphere. On InformationWeek, though, I get to see full coverage the day of! Sounds good to me. More importantly, it's written by someone who actually knows about the technology (and the business side) - I've come to realize that's a little more rare than you might expect on the blogosphere.  At least I know I'm in good hands here.

Personally, I suppose I'm somewhere in between a user and a developer. That is to say, nobody really pays me to design software, but I still do. I'm trying to decide if I want to grab some of this stuff and take a look at it. Certainly, some of it sounds enticing - the API's for the smartwatches ought to be easy enough to use, and most developers are probably thinking 'jeeze, it would be cool to be the first person to make X for smartwatches'. In the meantime, I'm looking forward to this fall.
Reply  |  Post Message  |  Messages List  |  Start a Board

This jumped out at me: "Google is making its Chrome platform play more nicely with Android. For example, Android devices will be able to push their apps to Chromebooks, which can be used to access and control the apps."

It would seem that the future is flat and Android L is another step toward that future.  It funny to look back at old Sci-Fi movies and see very flat looking displays on futuristic devices.  I always assumed it was because they needed something simple to convey information to the movie watcher.  I guess I was wrong and it is because every OS in the future will be flat.  I don't mind the look and it does tend to feel less cluttered but my one criticism is that we're getting to the point where every OS is looking more like the next.  How long will it be before you can barely tell Windows from Android or iOS or OSX?
Reply  |  Post Message  |  Messages List  |  Start a Board

Google is creating a revolution intially just started with the Search Engines now come up to the television sets. Android TV helps to swipe the programs which is required by you and also you can just select the TV channels with a slight finger touch.